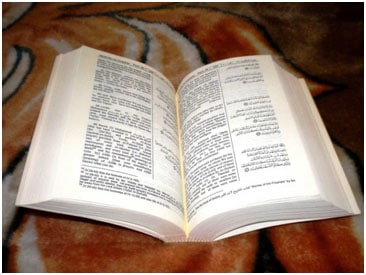 Revelation is where God imparts whatever knowledge He wills to those whom He chooses to receive it.  God gives this knowledge to them in order for them to convey it to whomever else He wishes.

The possibility of divine revelation cannot be denied by anyone who believes in the existence of God and in His omnipotence.  God maintains His creation in any manner that pleases Him.  The connection between the Creator and his Creation is by way of His Messengers, and these Messengers only know what God wants from them by way of revelation, either directly or indirectly.  The rational mind cannot dismiss the possibility of revelation, since nothing is difficult for the all-powerful Creator.

The Nature of Revelation
Revelation is not a personal experience that a Prophet brings forth from within himself.  It is not a spiritual state that a person can attain by doing certain meditations or spiritual exercises.  Quite the contrary, revelation is a communication between two beings: one that speaks, commands, and gives, and another who is addressed, commanded, and receives.  Prophet Muhammad, may the mercy and blessings of God be upon him – as with every Prophet – never confused himself with the One who gave the revelation to him.  As a human being, he felt his weakness before God, feared God’s wrath if he should disobey, and hoped for God’s mercy.
He sought help from God, submitted to what he was commanded to do, and was on occasion even sternly reprimanded by God.  The Prophet admitted his absolute inability to alter even one word of God’s Book.

God says: “And when Our clear signs are recited to them, those who hope not for a meeting with Us say: ‘Bring a Quran other than this or change it.’  Say (O Muhammad): ‘It is not for me to change it of my own accord.  I only follow what is revealed to me.  I fear, if I were to disobey my Lord, the punishment of an awful day.’  Say: ‘If God had willed, I would not have recited it to you nor would He have made it known to you.  I have lived with you a whole lifetime before it came to me.  Have you no sense?’” (Quran 10:15-16)
This should make perfectly clear the difference between the essence, attributes, and ways of the Creator and those of His Creation.
The Prophet took great care to maintain a distinction between his own speech (the Hadeeth) and the direct speech of God, though both were the result of revelation.  For this reason, in the early period of revelation, he used to prohibit anything that he uttered to be written down except for the Quran.  This preserved for the Quran its distinctiveness as being the very word of God, unmixed with the speech of people.

The Prophet would also make a distinction in his own speech between his own opinions and what came from God as revelation.
He said: “I am only a human being like yourselves.  Opinions can be right or wrong.  But, when I say to you that God said something, then know that I will never attribute something false to God.”

The Prophet had no hand in the revelation that he received.  Revelation is a force external to the being of the Prophet.  He was not able to manipulate it in any way.  This is supported by the fact that certain crises would befall the Prophet or one of those around him that required an immediate solution, but he found no verse of Quran to recite to the people.  He had to remain silent and wait, sometimes in desperation, until God, in His wisdom, revealed what was needed.

A good example of this is the time when Aishah, the wife of the Prophet was accused of adultery by some of the hypocrites, though she was innocent.  People began to say things that were painful for the Prophet until his heart was about to burst.  He was unable to prohibit this.

All he could say was:“O Aishah, I have heard this or that.  If you are innocent, then God will show your innocence, and if you fell into sin, then seek God’s forgiveness.” A whole month passed like this before the revelation came down declaring Aishah’s innocence and exonerating the household of the Prophet.
In brief, revelation has nothing to do with the choices and wishes of the one who receives it.  It is an unusual, external occurrence.  It is a force of knowledge, because it gives knowledge.  It is free from error.  It comes only with the truth and guides only to what is right.

There are two ways that this occurs:

1. The angel would come to him with a voice like the clanging of a bell.  This is the severest way revelation would come to the Messenger.  Such a harsh sound demands the full attention of the one being addressed with it.  When the revelation came in this manner, it was extremely demanding upon all of the Messenger’s faculties.
2. The angel would come to him in the form of a man.  This was easier than the previous way, since the form of the angelic Messenger was familiar to the human Messenger and easier to relate to.

Revelation without an intermediary happens in two ways:

“It began as a good dream during sleep.  He would not have a dream except that it would come as clear as day.”
This was to prepare God’s Messenger to receive revelation while awake.  The whole Quran was revealed while the Prophet was awake.
The story of Abraham when he was commanded to sacrifice his son demonstrates how a dream can be revelation that must be acted upon.  God says: “So We gave him glad tidings of a forbearing boy.  And when he was old enough to walk with him, he said: ‘My son, I have seen in a dream that I am sacrificing you.  So look, what do you think?’  He said: ‘O my father, do what you are commanded.  By God’s will, you shall find me to be among those who are patient.’  Then, when they had both submitted themselves and he had laid him prone on his forehead, We called out to him: ‘O Abraham, you have fulfilled the dream.’  Thus do We reward the righteous.  That was indeed a manifest trial.  And We ransomed him with a great sacrifice.  And We left for him a goodly remembrance for later generations.  Peace be upon Abraham!  Thus indeed do We reward the righteous.  Verily, he was one of Our believing servants.” (Quran 37:101-111)
If that dream had not been revelation that had to be obeyed, Abraham would never have gone forward to sacrifice his son, but in fact he almost did so.  He was only stopped because God commanded him to stop and ordered him to sacrifice something else instead.
The good dream is not only for the Prophets.  It remains for the believers, even though it is not revelation.  God’s Messenger said:
“Nothing remains of prophecy except for glad tidings.”  When he was asked what these glad tidings were, he said: “Dreams.”

2.    God speaking directly from behind a barrier:

All of these ways of receiving revelation are mentioned in the Quran.  God says: “It is not for a human being that God should speak to him except as revelation or from behind a barrier, or by sending a Messenger who reveals by His leave whatever He wishes.  Verily, He is All-Knowing, All-Wise.” (Quran 42:51)