“Those who disbelieve in the Reminder when it comes unto them (are guilty), for indeed it is an unassailable Scripture. Falsehood cannot come at it from before it or behind it. (It is) a revelation from the Wise, the Owner of Praise” (Qur’an 41:41-42).
“Praise be to Allah* Who has revealed the Scripture unto His slave, and has not placed therein any crookedness (but has made it) straight” (Qur’an 18:1-2).
“Allah has (now) revealed the fairest of statements, a Scripture consistent” (Qur’an 39:23).
“A Qur’an in Arabic, containing no crookedness” (Q 39:28). 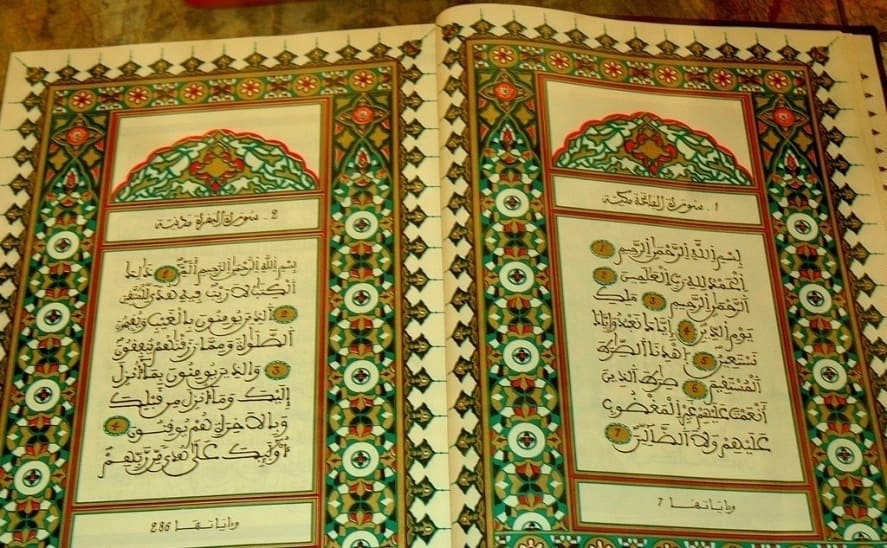 God has promised to always preserve His book. He says:
“Surely We, even We, revealed the Reminder [the Qur’an], and We verily are it’s Guardian.” (Qur’an 15:9)
The Qur’an contains no additions. It remains today letter for letter as it was revealed over 1400 years ago. Nothing added, nothing taken away.
Two of the original manuscripts of the Qur’an prepared 1400 years ago still exist today. One is in the Topkapi Saray Museum in Istanbul, Turkey, and the other in Tashkent, Russia. Both of these are identical in content with the Qur’an available all over the world today.

3.You Can Examine it!

God says: “Will they not then consider the Qur’an with care? If it had been from other than Allah they would have found therein much discrepancy.” (Qur’an 4:82)
Here God challenges people to find an error in the Qur’an. If it contains errors then it cannot be from God. If, on the other hand, it had been the production of a human being it would definitely contain errors. A human writer 1400 years ago would have written on the basis of the level of knowledge of his or her day. And many of those ideas would turn out to be false later as humankind learns more, especially in the field of science.