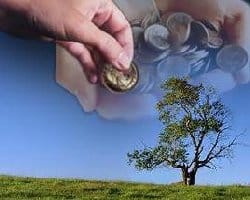 Doing good deeds is every human goal, specially Muslims to attain paradise. In Islam there are plenty of doors opened for us to gain that reward,  the smart one is the one who strives and tries not to miss an opportunity which can lead to a good deed.

Upon reading Quraan it is vital that you read any verse ,as it is meant for you. Allah (SWT) had blessed me with a Quraan teacher who I got inspiration  from, where she explained verses not only the reason behind its revelation , rather she made it practical. One of those verses that when ever I read it , it  gives me that  boost to refill and strengthen my imaan is in Surat at tawbah verse 120: Allah ( SWT) says

{مَا كَانَ لِأَهْلِ الْمَدِينَةِ وَمَنْ حَوْلَهُمْ مِنَ الْأَعْرَابِ أَنْ يَتَخَلَّفُوا عَنْ رَسُولِ اللَّهِ وَلَا يَرْغَبُوا بِأَنْفُسِهِمْ عَنْ نَفْسِهِ ذَلِكَ بِأَنَّهُمْ لَا يُصِيبُهُمْ ظَمَأٌ وَلَا نَصَبٌ وَلَا مَخْمَصَةٌ فِي سَبِيلِ اللَّهِ وَلَا يَطَئُونَ مَوْطِئًا يَغِيظُ الْكُفَّارَ وَلَا يَنَالُونَ مِنْ عَدُوٍّ نَيْلًا إِلَّا كُتِبَ لَهُمْ بِهِ عَمَلٌ صَالِحٌ إِنَّ اللَّهَ لَا يُضِيعُ أَجْرَ الْمُحْسِنِينَ} “Translation”: It was not [proper] for the people of Madinah and those surrounding them of the bedouins that they remain behind after [the departure of] the Messenger of Allah or that they prefer themselves over his self. That is because they are not afflicted by thirst or fatigue or hunger in the cause of Allah , nor do they tread on any ground that enrages the disbelievers, nor do they inflict upon an enemy any infliction but that is registered for them as a righteous deed. Indeed, Allah does not allow to be lost the reward of the doers of good.”

These verses was revealed during the battle of tabuk, as it is recorded in history to be one of the hardest battles Muslims faced at the time of prophet mohamed (PBUH). The army was not well equipped to the point that 18 men had to mount on one camel alternatively, some of the companion’s ate tree leaves till their lips got swollen and slaughtered camel’s to drink the water of their stomach , even though they needed it. All of the hardship they faced for the cause of Allah , Allah said that it will be recorded for them as ” good deed”. What an honor that you get the assurance from Allah ( SWT).
Similarly when you strive with your soul for Allah’s sake , you will be granted good deed InshaaAllah.
When you go to Classes that teaches Quraan or Islamic knowledge and you sit there for hours, feeling tired, didn’t sleep well at night , hungry or thirsty just remember this verse that it well be recorded for you as ” a good deed”.
When you strive with any cause for Allah’s sake this is the verse that will give you glad tidings as it will be recorded for you ” a good deed”