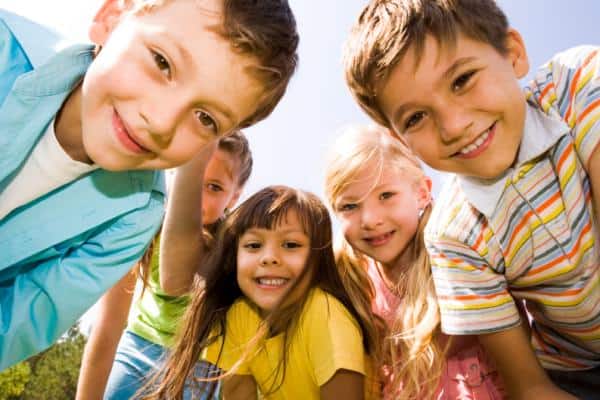 A group of young women makes its way inside a bustling cafe.

They choose a table and make themselves comfortable on the cushioned chairs around it, chattering. When the time for placing their order comes, one of the young women orders a grilled chicken sandwich with a garden salad on the side, because she is “watching her weight”, as she tells her friends.

Another orders a tarragon steak with a large side of mashed potatoes, because she loves meat and skipped breakfast that morning.

The third woman orders a small caramel latte with brown sugar, because she already ate lunch and is not feeling particularly hungry.

The fourth woman orders a rich chocolate cake with tea, because she likes gooey desserts but coffee makes her lose out on precious night-time shut-eye.

As they talk about their hobbies and the latest happenings in their lives, the diversity in their interests and daily activities becomes even more apparent.

One of them loves doing daily yoga workouts to stay fit. Another one prefers sprinting on the treadmill a couple of times a week. The third one cannot find the time to work out because she spends most of her day running after two small children. The fourth one doesn’t enjoy working out at all, and she remains quiet throughout the discussion on this topic.

The same variety applies to every other aspect of their individual lives, besides food and fitness, such as academic interests, leisure activities, hobbies, their chosen education and career paths, as well as their likes and dislikes regarding fashion, relationships, homemaking, personal grooming, and money management.

One of these young women reads a few fiction books per week, and is an active library visitor. Another only reads when she needs to e.g. to send a cell-phone text, or an email; to scrutinize a bill, menu, receipt, or a recipe. She was never much of a reader.

Yet another just reads on her tablet, such as her favorite blogs, or articles published in the online newspapers to which she has subscribed.

And the fourth one reads only self-help books, because everything else such as the daily news, novels and fiction do not interest her.

Now Apply The Above Fictional Scenario to the World of Children.. 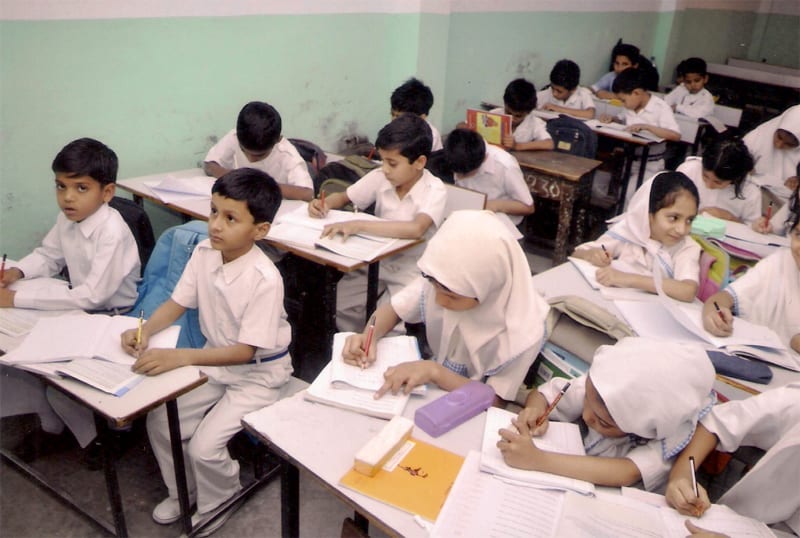 Now let us switch our attention to the little children that we are raising in the contemporary world.

I want to draw the readers’ attention particularly to how we, as adults, tend to react less understandingly to differences in children’s individual personalities, choices and preferences, but more so, to differences in their developmental milestones and academic progress.

Visit any park or play area and notice the differences among the children playing there. You will notice how each child has a preference for a particular kind of play-gym or activity area, from among the variety of swings, see-saw’s, monkey-bars and other jungle-gym structures that are available for them to play on.

Some children might love just the swings, not showing any interest in climbing. Others might hang off the monkey bars in a variety of ways using their limbs, but not find the slides worth their attention. And yet others might just be content playing in the sandbox.

This is just the play preferences that children have. Be it any other area in their lives, each and every child tries to clearly communicate their preferences and choices to us from as early an age as infancy, such as their likes and dislikes regarding clothes, food, sleeping times, toys, books, and outdoor activities.

Our Reactions to Children’s Efforts at Autonomy

Most adults, myself included, especially those who tend to be over-involved in their children’s upbringing or are first-time, A-type parents, can easily begin to exhibit the symptoms of what is nowadays known as “helicopter” parenting, if they are not careful.

This type of parenting or care-giving style is depicted by becoming over-worried and stressed out whenever a small child makes even a slight diversion from his or her strictly structured and monitored routine.

Be it his or her eating habits, sleeping time, or any daily activity routine, if for some reason the child refuses to do what we want them to do, or tries to make an otherwise natural transition from one stage to another, us parents can become more anxious than necessary, based on our good intentions of fulfilling our role impeccably as the ‘perfect’ parent, and wanting our child to be the ‘perfect’ child in every way.

For example, when a teething toddler starts to refuse certain foods that he or she has enjoyed so far, and becomes generally much more irritable and prone to throw tantrums, if their parent is not pre-informed about this natural developmental stage, they can become extremely worried about why their child is suddenly becoming so apparently obstinate and ill-behaved.

The same applies to every stage a child goes through as they grow up. They might achieve some milestones very quickly, and take their own sweet time in achieving many others.

However, in a world that is fast becoming saturated by scientific studies, statistical data, and doctoral research, innocent children are coming more and more under the ‘analytical’ microscope, for not developing their abilities, talents and skills soon enough, and are being unfairly pressurized to perform optimally in every field before they are naturally ready to.

The Curse of Comparing

My first born daughter who is now 9 years old masha’Allah, showed several signs of being gifted at a very early age.

She began to talk, walk, and read much earlier than other children her age. She pursued me with baby books as early as age 2, asking me to read them to her again and again.

Eventually, she made me teach her how to read, by asking me the sound of each letter, and without my asking her to, sounding the letters out loud herself when I pronounced its phonic. I still stand by the claim that she is, by and large, a self-taught reader of the English language. I taught her only because she asked me to.

Her brother was born at around the same time i.e. when she was a little over 2 years old. By the decree of Allah, he came into this world after she did, which automatically implies, as I have learned only too well in the past few years since I have been unschooling my children, that he has been destined to a life of being unfairly compared to his ‘whiz’ older sister.

And these comparisons, much to my dismay, more often than not make him look less smart than she.

E.g. When he was 2.5 years old, he spoke only a few words in our native mother tongue, and didn’t speak anything at all most of the time. One of our relatives began to suggest speech therapy for him.

The same goes for potty-training, tri-cycling, and other skills. Most of them were naturally and willingly mastered by his older sister at a very early age, but he chose to show little or no interest. He will turn 7 in a week insha’Allah, and he still refuses to ride a bicycle, despite being offered one by us from time to time.

Before I started to read up about, and eventually practice, the “unschooling” approach of raising and educating children, I, too, fell into the destructive trap of comparing one of my children’s progress to another.

The remarks of people around us didn’t help either, who for some reason were convinced that a child who doesn’t develop his or her skills as soon as possible is somehow ‘dumber’ and ‘slower’. Which was not the case with my son at all.

After turning 3, he automatically started talking a lot, and at a very fast speed. And this milestone – talking normally – just happened naturally, within a few days, as if a ‘switch’ had suddenly been turned on. 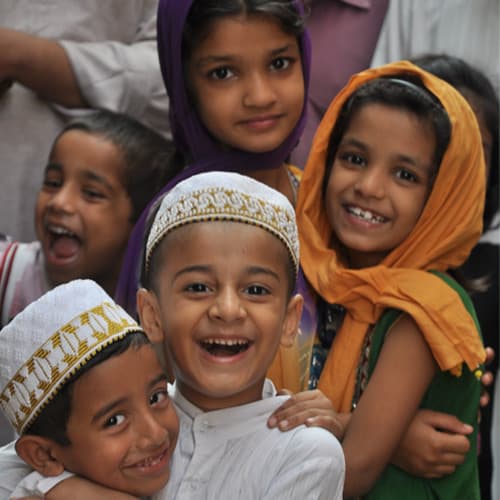 The same happened with his potty-training, the signs of readiness for which he showed only a little before age 3, unlike his older sister, who got trained a little before she turned 2. When he was ready for it, it took less than two months to fully potty-train him.

However, regarding each and every developmental or academic milestone that I’ve noticed with my second child, whom I’ve deliberately raised in a much more laissez-faire manner and not in the ‘helicopter’ style that I used with my first one, it was pleasantly gratifying and surprising to witness how each time he, when left on his own with minimal intervention and supervision, naturally learned most skills automatically, just like that, as if Allah flipped a switch, and that was it!Alhamdulillah!

Abilities such as eating with a spoon, drinking with a straw or sippy -cup, hopping on one leg, differentiating between right and left, identifying the times of the day, counting, talking articulately,- it all just happens one day for every child, all by itself.

This is because, just as a child learns to walk, talk and eat solid foods on their own, with Allah as the sole source of imparting them these abilities, they also similarly learn to acquire every other life skill as well, such as the ability to read a language, seek knowledge, manage human relationships, and earn a livelihood.

I’ve learned that parents are mere facilitators, not the sources of knowledge and guidance for children.

I know that it is natural for parents to worry about and desire the holistic well-being of their children, but I find it a bit odd that, while we all respect and value the uniqueness, individuality and differences of choice among adults, we do not extend the same courtesy to children.

We unfairly expect them all to conform to a single yardstick, especially when we compare them to their peers – something, which we do a lot, much to our child’s and our own detriment.

So I’d like to suggest that we all learn to give our children a break, and don’t fret if he or she refuses to wear a certain type of clothing, shows no interest in a particular sport, or is apathetic towards reading books.

Believe me, it’s not the end of the world!