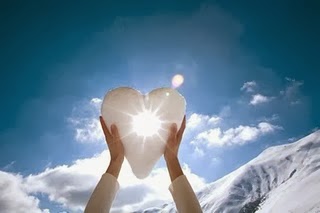 I walked long in my life looking at people’s faces, but a feeling of fear possessed me while looking at them and I did not know why?

Is it because of the experience I had in dealing with others or because I did not see the people dealing according to the Islamic Shari`ah?

I stopped for moments and stopped asking questions and began to look at the people with a clear heart and a bright soul then the world smiled at me, then I changed my dealings with people, and thought well of people.

However, suddenly I was shocked because of someone whom I thought of good heart but he seemed to have a wolf’s heart.

It is a bad image to many people and I may say from some people who attribute themselves to Islam.

Yes, they have wolves’ hearts because in front of you they deal with you nicely then they turn to the opposite at your back.

They recite the Qur’an, but the Qur’an curses them.

They offer Salah, but they benefit null but standing, bowing, and sitting.

They fast, but gain nothing but hunger and thirst.

Those people who change from time to time are harmful, wicked, lost, and have dark souls. Mu`adh ibn Jabal, may Allah be pleased with him, says: “A time would come for the people when they recite the Qur’an, but it does not exceed their throats (they do not reflect on it). They wear the leathers of sheep, but their hearts are of wolves.”