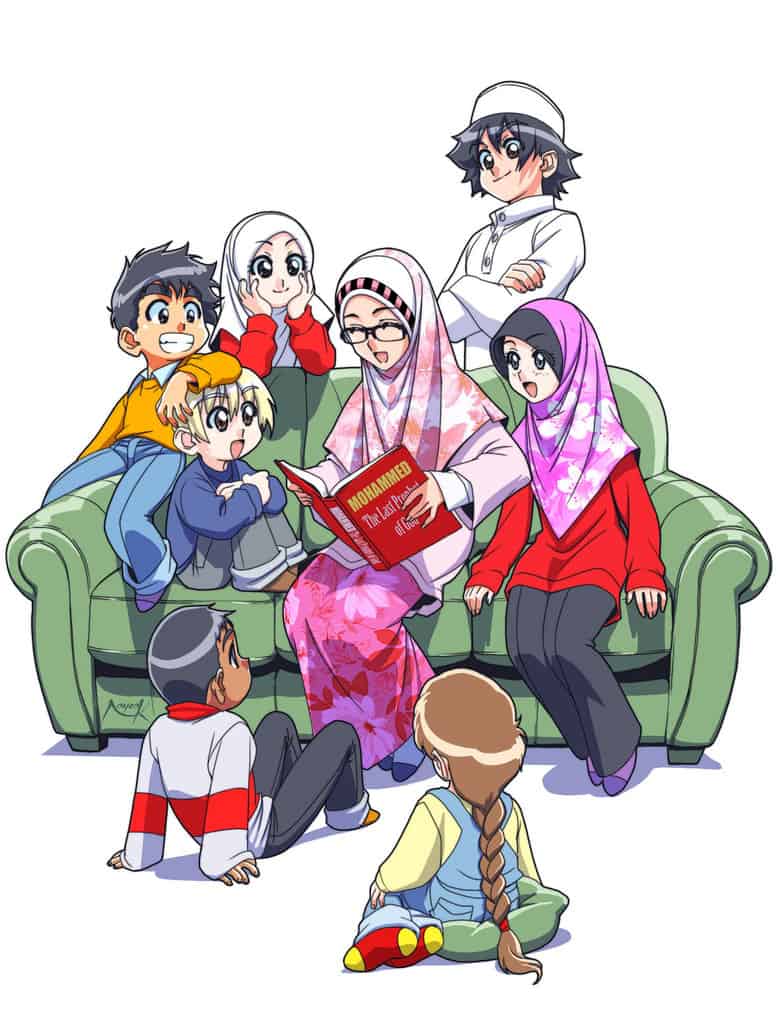 There is no doubt that different aspects of the human personality are integrated and affect each other. They constitute a cohesive unit and cannot be separated except in the field of theoretical study. From the time a person is born until he fully grows up, the different elements of his formation interact and affect each other, sometimes evidently and at other times in a hidden way, owing to the close relationship between the soul and the body. The soul affects the body and the body affects the soul. They are not separated from each other. Therefore, the growth of the body affects the other aspects of growth: mental, psychological and social, and it is affected by them.

Growth of the body and the effect of the psychological and social atmosphere:

Physical growth is affected by the psychological and social atmosphere in which youngsters live with their families and also by nervous tension, as well as emotions and anxieties. The physical growth of youngsters might be afflicted with some diseases and ailments, which have a neural and psychological origin and yet affect the biological and physiological functions of the body and hinder physical growth. Pedagogical researches proved that anxiety is detrimental to the general health of individuals and to their digestive system, blood circulation and sleep. If anxiety and fear persist, leading to system disorder for a long period of time, then they will slow down the process of physical growth.

The effect of mental growth on physical growth:

The broader the mental faculties of an individual and the more he grows, understands and comprehends, the more he adopts healthy methods pertaining to nutrition, cleanliness, and preventive and curative health habits. In other words, he develops his sound health awareness in such a way that he maintains the health of his body, caring for it, protecting and treating it in case of ailments. This guarantees him better growth and integration of the bodily functions.

The effect of physical growth on other aspects is certain:

There is no doubt that health, strength, good growth and physical fitness contribute directly or indirectly to the mental development of an individual, to the integrity of his personality and his success in life. They confirm the famous Latin saying “a healthy mind in a healthy body” as being a general health rule that is evident in our lives. This is because the source of human happiness lies in the integrity of mind and body together. An individual who suffers from diseases, feebleness and a weak body cannot benefit from his intelligence and mental abilities because he is disabled by his sickness and ailments.

In this sense, while seeking to form an integrated Muslim personality, we should concentrate on the growth of the body and physical upbringing. By means of sound bodies, the children’s mind open, their insight is illumined and they get rid of boredom. Likewise, anxiety and sadness are removed, and Satan retreats. There is a strong relation between the righteous child, whom we talked about before, and the active athletic child, whom we seek. The righteous child is athletic, because paying attention to the body, nutrition and upbringing strikes the core of faith.

The noble Sunnah (Prophetic tradition) emphasizes the necessity of caring about the body. It assigns rights towards the body, on the grounds of the importance of health, comfort of the body and its good growth, in the life of man, his happiness and ability to undertake his duties as well as obligations related to the world and the Hereafter. In addition, the Sunnah realizes that mental, psychological and social growth is linked with physical growth. No wonder, the body is the bowl of the brain, the frame of the soul and beauty where the powers of the soul interact, and the body is also the means of achieving one’s purposes and wishes. Therefore, due care must be paid to the body.

It was narrated on the authority of ‘Abdullaah ibn ‘Amr ibn Al-‘Aas, may Allah be pleased with him, that he quoted the Messenger of Allah

Following is the research plan and steps to success on our way to raising an athletic child, or to how to raise your children physically so that you can make them athletic children.

• Encouraging them to pay attention to the methods of personal cleanliness

• Inviting them to take care of their physical fitness

• Encouraging them to relax when feeling exhausted

• Guiding them towards beneficial means of recreation

• Encouraging them to have an interest in the methods of hygiene

• Stressing the act of investing the strength, capabilitiesand energies of the body in a fruitful manner