THE FIG: A FRUIT WHOSE PERFECTION HAS ONLY RECENTLY BEEN REVEALED
[I swear] by the fig and the olive. (Qur’an, 95:1)
The reference to the fig in the first verse of Surat at-Tin is a most wise one in terms of the benefits imparted by this fruit. 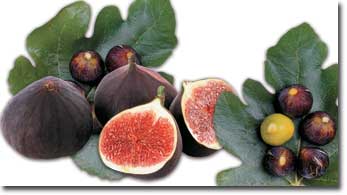 The Benefits of the Fig for Human Beings
Figs have a higher fibre level than any other fruit or vegetable. One single dried fig provides two grams of fibre: 20% of the daily recommended intake. Research over the last fifteen years or so has revealed that the fibre in plant foods is very important for the regular functioning of the digestive system. It is known that fibre in foods assists the digestive system and also helps reduce the risk of some forms of cancer. Nutritionists describe eating figs, which are rich in fibre, as an ideal way of increasing one’s fibre intake.
Fibrous foodstuffs are divided into two types: soluble and insoluble. Foods rich in insoluble fibre facilitate the passage of substances to be expelled from the body through the intestine by adding water to them. They thus accelerate the digestive system and ensure its regular functioning. It has also been established that foods containing insoluble fibre have a protective effect against colon cancer. Foods rich in soluble fibre, on the other hand, have been shown to reduce cholesterol levels in the blood by more than 20%. These are therefore of the greatest importance in reducing the risk of heart attack. Excessive levels of cholesterol in the blood collect in the arteries, hardening and narrowing them. Depending on which organ’s blood vessels the cholesterol accumulates in, disorders connected to that organ arise. For example, if cholesterol accumulates in the arteries that feed the heart, problems such as heart attacks result. Accumulations of cholesterol in the kidney veins can lead to high blood pressure and kidney deficiency. Furthermore, the intake of soluble fibre is important in terms of regulating blood sugar by emptying the stomach because sudden changes in blood sugar can lead to life-threatening disorders. Indeed, societies with fibre-rich diets have been shown to have far lower incidences of illnesses such as cancer and heart disease.117
It is also another major health advantage for soluble and insoluble fibres to be present at one and the same time. It has been shown that when both forms are present together, they are much more effective in preventing cancer than when they are on their own. The presence of both forms of fibre, soluble and insoluble, in the fig makes it a most important foodstuff in this regard.118 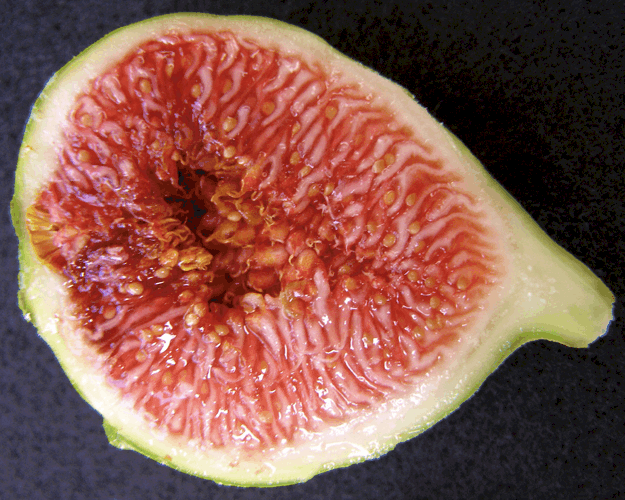 Dr. Oliver Alabaster, Director of the Institute for Disease Prevention at the George Washington University Medical Centre, refers to figs in these terms:
… [H]ere is an opportunity to add a really healthy, high fiber food to your diet. Choosing figs and other high fiber foods more frequently means that you’ll naturally choose potentially harmful foods less frequently-and this is great for your lifelong health.119
According to the California Fig Advisory Board, it is believed that the antioxidants in fruit and vegetables protect against a number of diseases. Antioxidants neutralise harmful substances (free radicals) that arise as a result of chemical reactions in the body or else are taken in from the outside and thus prevent the destruction of cells. In one study performed by the University of Scranton, it was determined that dried figs had a much higher level of the phenol makeup, which is rich in antioxidants, than other fruits. Phenol is used as an antiseptic to kill micro-organisms. The level of phenol in figs is much higher than that in other fruits and vegetables.120
Another study, by Rutgers University in New Jersey, revealed that due to the essential fatty acids omega-3 and omega-6 and phytosterol contained in dried figs, they can play a considerable part in reducing cholesterol.121 It is known that omega-3 and omega-6 cannot be manufactured in the body and need to be absorbed with food. Furthermore, these fatty acids are indispensable to the proper functioning of the heart, brain and nervous system. Phytosterol permits the cholesterol in animal products, which has the potential to harden the heart’s arteries, to be expelled from the body without entering the blood stream. 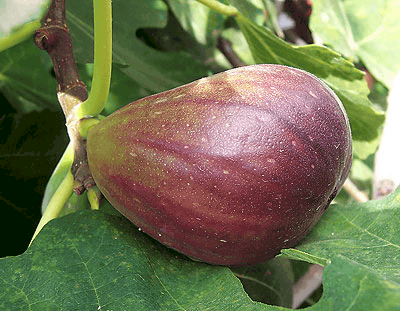 Despite being one of the oldest fruits known to man, the fig-described as “nature’s most nearly perfect fruit” by the California Fig Advisory Board 122-has been rediscovered by food producers. The nutritional value of this fruit and its health benefits have led to its acquiring a whole new importance.
The fig can constitute a part of just about any special diet. Since figs do not naturally contain fat, sodium or cholesterol but have high levels of fibre, they are an ideal food for those trying to lose weight. At the same time, figs have higher mineral contents than any other known fruit. Forty grams of figs contains 244 mg of potassium (7% of the daily requirement), 53 mg of calcium (6% of the daily requirement) and 1.2 mg of iron (6% of the daily requirement).123 The calcium level in figs is very high: The fig ranks second after the orange in terms of calcium content. A crate of dried figs provides the same level of calcium as a crate of milk.
Figs are also thought of as a medicine which gives strength and energy to long-term patients as they seek to recover. They eliminate physical and mental difficulties and give the body strength and energy. The most important nutritional component of figs is sugar, which comprises 51-74% of all fruits. The sugar level in figs is one of the highest. Figs are also recommended in the treatment of asthma, coughs and chills.
The benefits we have restricted ourselves to mentioning here are an indication of the compassion Allah feels for human beings. Our Lord provides the substances required by human beings in this fruit, which is so pleasant to eat, already packaged and at the ideal levels for human health. The way that this special blessing from Allah is mentioned in the Qur’an may indicate the importance of the fig for human beings. (Allah knows best.) From the point of view of human health, the nutritional value of the fig was only established with the advance of medicine and technology. This is another indication that the Qur’an is indisputably the Word of Allah, the Omniscient.