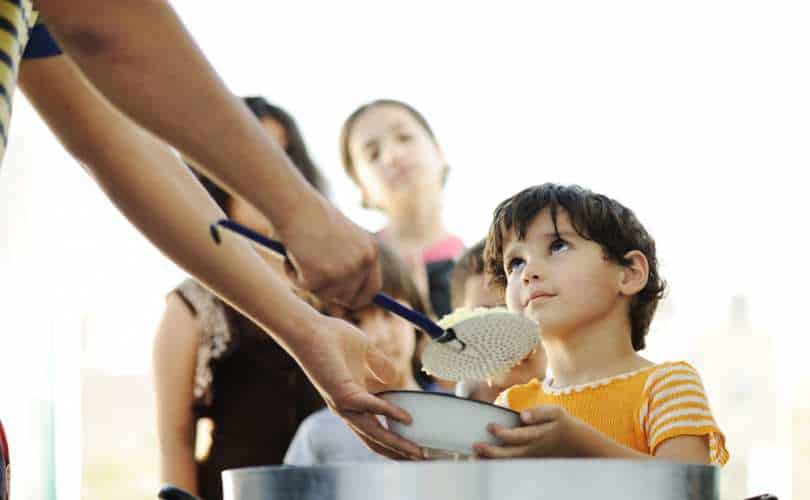 This is a good gesture of Allah’s Mercy to Mention giving food in a Surah that is entitled “Al-Insaan”. Allah The Exalted Says (what means): {And they give food in spite of love for it to the needy, the orphan, and the captive…}[Quran 76:8]

Ibn ‘Abbaas  and Mujaahid  said, “This verse denotes that they feed the needy, the orphan and the captive despite the scarcity of food and their need and love for it.”

What about you and your food?

How great a deed is feeding the hungry in our time!

Allah The Exalted Says (what means): {Or feeding on a day of severe hunger…} [Quran 90:14]
An-Nakha‘i  commented on this verse saying, “They feed the hungry at times when food is not ample.”

Mohammed ibn Al-Munkadir  said, “Feeding hungry Muslims guarantees the forgiveness of sins.”
He  also said on another occasion: “Feeding the hungry and saying kind words to others usher you to Paradise.”

Dear brother and sister, you may notice how our days – in some Muslim countries – have turned into days of severe hunger. Food has become scarce and meat has also become scarce as well as being too expensive for the poor. 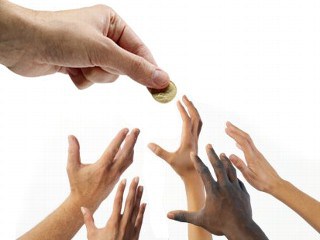 Feeding people in general and a hungry person in particular has been explicitly mentioned in the command of the Messenger of Allaah . Abu Moosa Al-Ash‘ari  reported that the Prophet  said: “Feed the hungry, pay a visit to the sick and free the captives.” [Saheeh] A reported saying reads, “The best charity is to satisfy a hungry person.” Alas, a Muslim may sit at an Iftaar table with delicious and tasty dishes while his neighbors break their fast with a few morsels of food, if they can be found!

Our righteous predecessors  were keen to feed people and favored this act of worship over many others, whether it was for a hungry poor person or feeding a righteous Muslim. Poverty is not an essential condition in this regard. The Messenger of Allaah  said: “O people! Spread the Islamic greetings amongst yourselves, feed the hungry, maintain kinship relations, observe prayer at night while people are asleep and you will peacefully enter the Paradise.” [Saheeh]

Some of the righteous predecessors  said, “It is better for me to invite ten of my friends and feed them delicious food that they like than freeing ten slaves from the children of Ismaa‘eel  (i.e. Arabs).”

Fruits of Feeding the Hungry:

The act of worship of feeding the hungry gives rise to many other acts of worship such as showing affection towards one’s fellow Muslims whom he feeds and this can be a reason for him being granted Paradise. The Prophet   said: “You shall not enter Paradise as long as you do not affirm belief (in all those things which are the articles of faith) and you will not believe as long as you do not love one another.” [Muslim]

It also gives rise to (the act of worship) being in the company of righteous people and hoping for the rewards of Allah The Almighty in offering them food as they gain strength to perform acts of worship.

Some righteous predecessors  used to send their friends a basket full of sugar or other such food.
Yunus ibn ‘Ubayd Yahdi  said, “I gave a basket of sugar to Al-Hasan Al-Basri  as a gift and I have not seen any sugar better than this one. He opened the basket and said to his companions, “Eat and enjoy