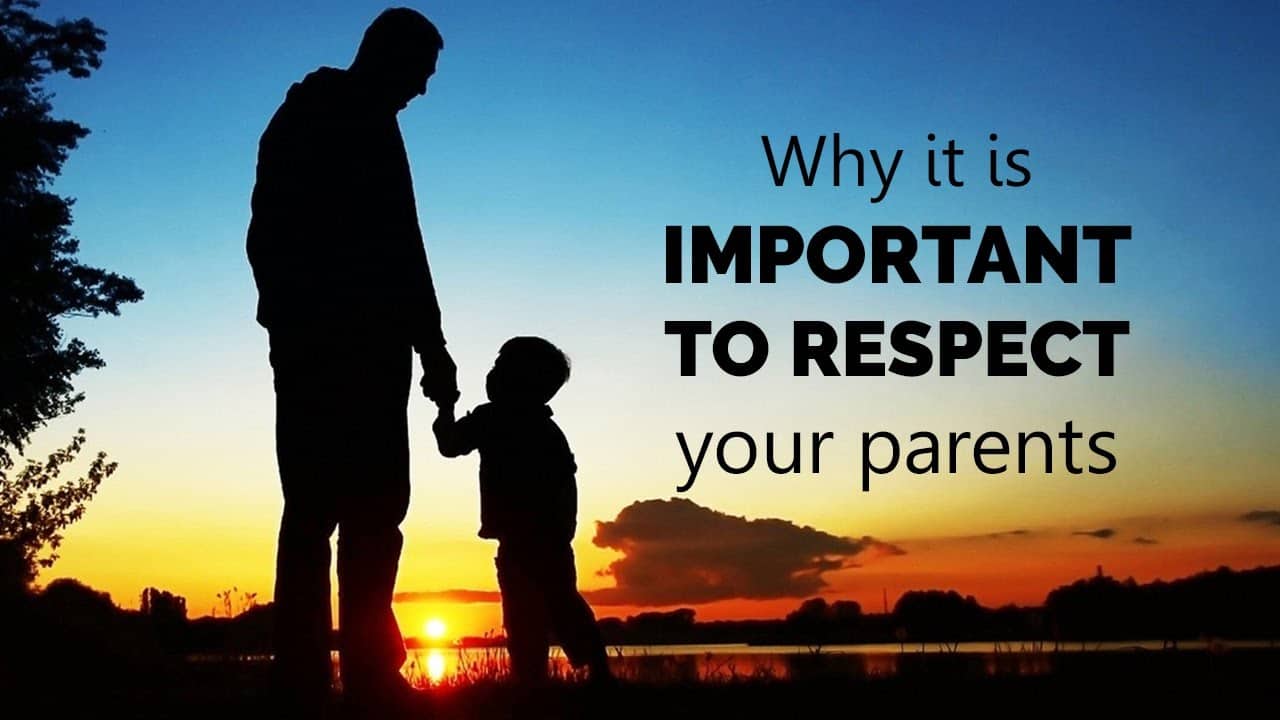 There are many days set aside in non-Islamic societies to honour and appreciate special people; examples of these are Father’s Day, Mother’s Day, Memorial Day and Labour Day. In Islam, however, respecting, honouring and appreciating parents is not just for a single day of the year, but rather for each and every day.

B. Parents in the Quran:

A Muslim child should respect and appreciate his or her parents on a daily basis. Allah mentions that human beings must recognise their parents and that this is second only to the recognition of Allah Himself. Throughout the Quran, we notice that parents are mentioned with appreciation and respect, even if they are senile. In the Quran, there is a very beautiful description of how parents are to be treated; Allah Says (what means): “And your Lord has decreed that you not worship except Him, and to parents, good treatment. Whether one or both of them reach old age [while] with you, say not to them [so much as] ‘uff’ [i.e., an expression of irritation or disapproval] and do not repel them but speak to them a noble word. And lower to them the wing of humility out of mercy and say: ‘My Lord! Have mercy upon them as they brought me up [when I was] small.'” [Quran 17:23-24]

The recognition and respect of parents is mentioned in the Quran eleven times; in every instance, Allah reminds children to recognise and to appreciate the love and care that they have received from their parents. One such example is when Allah says what means: “And We have enjoined upon man goodness to parents…” [Quran 29:8 & 46:15]

1.  The demand for recognising parents is made more emphatic when Allah Says (what means): “And [recall] when We took the covenant from the Children of Israel, [enjoining upon them]: ‘Do not worship except Allah; and to parents, do good…'” [Quran 2:83]

2.  Allah again emphasises in chapter An-Nisaa’ that children should be kind to their parents. He says what means: “Worship Allah and associate nothing with Him, and to parents do good…” [Quran 4:36]

3. In Chapter Al-An’aam, Allah reemphasises that people should be kind to their parents; He says what means: “Say: ‘Come, I will recite what your Lord has prohibited to you. [He commands] that you not associate anything with Him, and to parents, good treatment…'” [Quran 6:151]

Although Islam recognises both parents, mothers are given particular gratitude and respect. This can be appreciated if we reflect upon the hardships and suffering that mothers experience in their lives. In this regard, there is a Hadeeth of the Prophet  (may Allah exalt his mention):It was narrated by Abu Hurayrah, may Allah be pleased with him, that a man came to the Prophet  and asked him: ‘Who is most deserving of my close companionship?’ He  replied: “Your mother; your mother; your mother; then your father; then the next closest to you in kinship; then the one next closest.”

Islam has endorsed respect for parents by their children, even if the parents are non-Muslims. If parents strive to convert their children to non-Islamic beliefs, the children should not obey them, but must still maintain goodness towards them. In this regard, Allah says what means: “And We have enjoined upon man [care] for his parents. His mother carried him, [increasing her] in weakness upon weakness, and his weaning is two years. Be grateful to Me and your parents; to Me is the [final] destination. But if they endeavour to make you associate with Me that of which you have no knowledge, do not obey them but accompany them in [this] world with appropriate kindness and follow the way of those who turn back to Me [in repentance]. Then to Me will be your return, and I will inform you about what you used to do.” [Quran 31:14-15]

Islam teaches us that of the most beloved deeds to Allah, having respect for one’s parents is second only to that of prayer and is greater than that of Jihaad (fighting in His cause). In this respect, Abu ‘Abdur-Rahmaan ‘Abdullaah Ibn Mas’ood, may Allah be pleased with him, narrated the following: “I asked the Prophet : ‘Which deed is the most beloved to Allah?’ He  replied: “Prayers performed on time.” I then asked: ‘Which one is next?’ He replied: “Goodness to parents.” I then asked: ‘Which is next?’ He replied: “Jihaad in the path of Allah.””

In Islam, respect for parents is so great that the child and his wealth are considered to be the property of the parents: `Aa’ishah, may Allah be pleased with her, narrated that a man came to the Prophet  in order to resolve a dispute that he had with his father regarding a loan he had given him. The Prophet  said to the man: “You and your wealth are to (i.e., the property of) your father.”

3.        Instituting a perpetual charity on their behalf, such as a mosque, an Islamic Centre, an Islamic library, an Islamic hospital, an orphanage, etc.

5.        Distributing Islamic literature on their behalf.

Let us pray to Allah that we do our best to respect our parents, honour them, be kind to them, assist them, and please them so that we may attain the love of Allah.

O Allah! Accept our humble prayers and make us obedient slaves to You.

O Allah! Help us to be respectful children to our parents. Aameen.