The individual is, without doubt, a part of society and an essential aspect of the Islamic way of life.

Allah also tells us: “Truly, Allah does not change the condition of a people until they change what is within themselves.” [Sûrah al-Anfâl: 53]

Indeed, the very idea of the resurrection and the judgment in the Hereafter is founded on the concept of individual responsibility. The same can be said for our creation. Allah says: “Leave me to deal with the one whom I created in a lonely state.” [Sûrah al-Mudaththir: 11]

A person will be all alone, though he might fancy that he will be resurrected along with his wealth, his children, his particular group, or his fellow countrymen. However, the truth is that even his nearest and dearest will forsake him on that day.

Allah says: “On the day when a man will flee from his brother, from his mother and his father, from his spouse and his children. Every person on that day will have concern enough to make him heedless (of others).” [Sûrah `Abasa: 34-36]

When we observe i`tikâf in the mosque, one aspect of the wisdom behind our doing so might be so we can restore to ourselves our awareness of our individual responsibility. This is because i`tikâf frees us from the outside pressures of our group affiliations and of society as a whole, pressures that normally weigh heavily on our thoughts. When we observe a retreat in the mosques, we as individual Muslims can restore the health and natural state of our minds.

The general public can cry out, prod and push, and carry out all kinds of activities. This is why Allah guides us as follows: “Say: (O Muhammad): I do admonish you on one point – that ye do stand up before Allah, – (it may be) in pairs, or (it may be) singly, – and reflect (within yourselves): your Companion is not possessed: he is no less than a warner to you, in face of a terrible Penalty.” [Sûrah Saba’: 46]

The clear thinking and reflection that Islam calls for is something that does not follow after the whims of the people, but it demands respect for the opinions of others and to give those opinions due consideration. One of us may disagree with what someone else might say, but he has to be prepared to defend that other person’s right to express what he believes.

Each individual has to wrestle with most of the concerns that people generally have. Each Muslim faces most of the problems that confront Muslims today. When a person faces problems without the awareness of individual responsibility that Islam seeks to cultivate in him, that person finds it easy to foist the blame on outside influences. He starts talking about globalization, Zionism, hidden hands, and shadowy powers playing some clandestine game. He might blame the government, the scholars, fate, or history for whatever crisis he faces.

He will never think of blaming himself. He takes his own innocence for granted. His views and opinions are always right. He knows it all. If only everyone else would follow his lead, everything would be alright.

We might find this same person incapable of solving his own domestic problems, unable to put one and one together to make two, inexperienced, unschooled, and indecisive. He might be incapable of overcoming his bad habits and character flaws.

We see this often in a young man who has just recently become religious. He thinks that he has the keys to everything in his hands. He acts as if he, like Christ, can heal the leper and the blind with a mere touch of his finger and resurrect the dead with Allah’s leave. When he talks about the Qur’ân and the Sunnah, he acts as if only he understands it. How easy it is for him to accuse others of ignorance and misguidance.

This is a great personal failing and it contributes the general crisis facing the Muslims today and contributes nothing to the solution.

Though individual responsibility is by definition focused on the individual, it reaps rewards for society as a whole. The Prophet (peace be upon him) said: “Every joint in a persons body has charity due upon it for every day that the Sun rises. It is an act of charity to bring reconciliation between two people. It is charity to help a man onto his horse. Likewise, to raise his luggage up to him is charity. A good word is charity. Every step taken on the way to prayer is charity. It is charity to remove an obstacle from the road.”

Even holding ourselves back from abusing others – if we find ourselves incapable of anything else – is a form of charity that we give to ourselves.

The individual obligations discussed in the classical books of Islamic Law are nothing other than individual responsibilities. All of those obligations are prescribed to develop a person’s Islamic character so that the person can make a positive contribution to society. 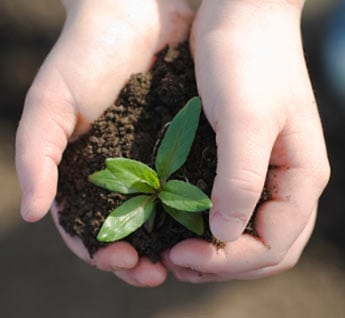 In spite of this, we find a good number of Muslims preoccupied with general concerns and global problems at the expense of dealing with their own deficiencies. They think about the affairs of Muslims world and neglect the matters affecting them in their own countries. They fret about the state of humanity but fail to correct their own numerous faults or make amends for their own wrongdoings, though they may be perpetrating injustices and be beset by ignorance, indolence, and weakness of faith.

If we as individuals are in such a sorry state – where we are misappropriating the wealth of others, engaging in licentiousness, backbiting and slandering people, and operating under vested interests that cloud our judgments – then how can we speak generally about the problems of the Muslims? If we are in such a state, we will ourselves have become pat of the problem.

Therefore, in order to solve the problems of the world, we have to starts by rectifying ourselves as individuals. The first steps on the long road to reforming society are the steps we take to reform ourselves.

We are easily distracted by the general problems and crises that erupt around the world and forget about the serious problems that exist within our own selves. We neglect the important task of developing ourselves and our thinking – which will contribute to solving our general problems. All of the individuals that make up the organizations, institutions, and nations of the world they have considerable power to make a difference, though they may be unsung by history and unknown in the media.

The great expansion of Islam in the early days should not only be remembered in the context of the prominent leaders whose names have gone down in history. All of those who sacrificed, struggles, and even laid down their lives, and all of the women who gave their support and lent their fortitude, they must be remembered as well.

Islamic civilization is not to be credited only to the caliphs and rulers, but to all the workers, artisans, thinkers, planners, and investors who built that civilization, though history might only remember the names of the rulers associated with it.

The meaning of individual responsibility is embodied in the teachings of the Qur’ân and Islamic thought. It is the essential building block of society. A building is made of many individual bricks.

The Prophet (peace be upon him) said: “The believers with respect to one another are like a building, each one lending support to the whole.” [Sahîh al-Bukhârî and Sahîh Muslim]