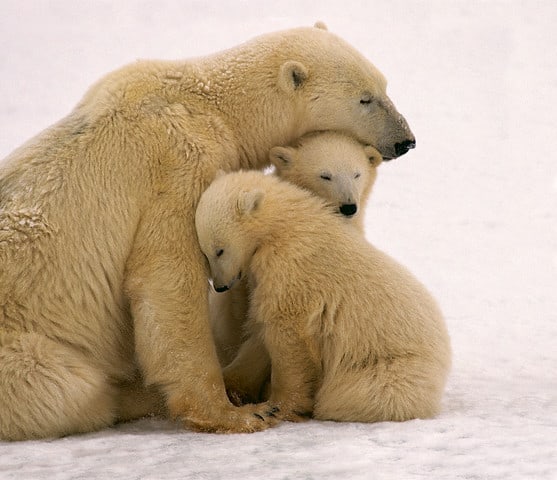 Islam is a religion devoted to the concept of mercy.  Muslims are encouraged to be merciful towards each other, towards all of humankind, towards animals, and even towards the environment.  God is the Most Merciful and all mercy originates from Him.  When Prophet Muhammad explained the quality of God’s mercy, he used the metaphor of a mother animal showing mercy towards her offspring[1].
“And We have sent you O Muhammad not but as a mercy for all of humankind, jinn, and all that exists.” (Quran 21:107)
Islam is also concerned with giving and securing rights.  The Sharia, or God’s laws as embodied in the Quran and the authentic traditions of Prophet Muhammad, endeavours to protect rights.  Human beings have both rights and responsibilities.   One of those responsibilities is to secure the rights animals have to safety, security, and kind treatment.  We are responsible before God to ensure that animal rights are upheld and respected.  Cruelty to animals is a grave sin and can result in severe punishment.
“A woman was tortured and put in Hell because of a cat which she locked up until it died from hunger.”  Prophet Muhammad, may God praise him, said:.“She  neither fed it nor let it drink when it was locked  up, nor did she set it free to eat the insects of the earth.”
It is true that God has decreed certain animals impure, specifically the dog, and the pig. This however is not a licence for cruelty.  Impurity simply indicates that there are certain precautions to take, and particular regulations to follow when dealing with these animals.  Treating animals, including dogs, with kindness can result in great reward; just as treating animals with cruelty can lead a person to the hell fire.
The Prophet, may God praise him, said, “While a man was walking he felt thirsty and went down a well and drank water from it.  On coming out of it, he saw a dog panting and eating mud because of excessive thirst.  The man said, ‘This (dog) is suffering from the same problem as me.  So he went down the well, filled his shoe with water, caught hold of it with his teeth, climbed up, and gave the water to the dog. God thanked him for his (good) deed and forgave him his sins.”  The people asked, “O messenger of God!  Is there a reward for us in serving (the) animals?”  He replied, “Yes, there is a reward for serving any living creature..”[2]
God has made it abundantly clear that the meat of the pig is impure[3]  and that the dog is an impure animal. Without doubt there is a divine wisdom behind all of this; however, a Muslim submits to God’s commands willingly, without needing to know the reason behind the divine rule.  Moreover, God has expressly stated that a believer hears the words of his Lord and obeys them.
“‘We hear and we obey.’  And such are the successful (who will live forever in Paradise).” (Quran 24:51)
Hearing and obeying rules set down by God cannot be interpreted as a license to be cruel to any living creature.  Although pigs and dogs can cause obvious harm to human beings,  such as the meat of the pig  harbouring  diseases and bacteria harmful to man, or packs of dogs causing disease there is no justification for cruelty towards them.
Prophet Muhammad ordered the culling of the dogs of Medina[4] and the reason for this was that the dogs at that time were widely infected with rabies. Rabies, as is known, is an acute and fatal infectious disease that causes seizures in man and eventually leads to death. There were no animal shelters or vaccinations for diseased dogs; therefore killing the dogs was the only feasible way of protecting the people from harm.
“My father (one of Prophet Muhammad’s companions) said. “During the lifetime of God’s Messenger, dogs used to urinate, and pass through the Mosques (come and go…)”[5]
Islam is clear about the right of animals to be treated with mercy and kindness; however it is important to remember that animals were created for the benefit of humankind.  We are not permitted to either ill-treat animals or work them beyond their capacity.  On the other hand it is not acceptable to place the life of animals on an equal or higher status then the lives of humans. Thus it is permissible to slaughter certain animals for food or necessity; it is also permissible to use animals to advance medical science.  In both cases cruelty is forbidden.
Humankind is permitted to use animals to satisfy their legitimate needs but not to satisfy base desires.  Any experimentation done for the sake of luxury is forbidden.  A believer must be certain that the meat they eat was slaughtered in a humane way.
Umar ibn Al Khattab, the second leader of the Muslims after the death of Prophet Muhammad, saw a person dragging a goat by its leg to slaughter it.  He said to him, “May ruin overtake you; slaughter it in an appropriate manner.”[6]  Umar told the people that animals should not be treated harshly or unkindly.  He expressed his concern for animals,  and his fear of God questioning him about his treatment of animals, by saying, “If a camel was to stumble in Euphrates valley, I fear that God will question me about it”.[7]
Humankind was put on this earth to be the custodian of God’s creation.  Treating animals with kindness and mercy is just one of the responsibilities embedded in that custodianship.  The impure status of some animals has no bearing on their right to live a life free from pain and suffering.