This beautiful Religion of Al-Islam is the most precious thing in our lives. It is the path to the ultimate happiness in this life and in the Hereafter. As a result, 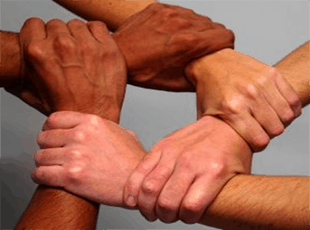 This beautiful Religion of Al-Islam is the most precious thing in our lives. It is the path to the ultimate happiness in this life and in the Hereafter. As a result, Allah The Most High informed us in the Quran and the Sunnah that we will have enemies

(ourselves, Shaitan,others) and that the only way to protect our Deen is to turn to Allah alone and hold fast to the Sunnah of our beloved Prophet Salla Allahu Alihy wa Sallam. This should not be in general terms, but in every word, action, and state that we are in.

Therefore, we need the knowledge of the specifics of how to submit fully in all of our affairs to what Allah The Most High wants from us according to the Sunnah of our Prophet Salla Allahu Alihy wa Sallam.

The Prophet Salla Allahu Alihy wa Sallam said in his farewell sermon: “I am leaving behind among you something which, if you adhere to it, you will not go astray after that. It is the Book of Allah and my Sunnah.” (Maalik and AlHaakim)

He also said: Whoever among you lives after I die will see differences arise. I urge you to adhere to my Sunnah and the way of my rightly-guided successors (al-khulafaa’ al-raashidoon); clench your teeth on it (i.e., hold fast to it). Beware of newly invented things, for every innovation (bid’ah) is a going astray” (AbuDawood, Attirmithi and others)

Allah The Most High says in the Quran “And from those who say, “We are Christians” We took their covenant; but they forgot a portion of that of which they were reminded. So We caused among them animosity and hatred until the Day of Resurrection. And Allah is going to inform them about what they used to do. (5:14).

The above verse mentions the way of Allah on earth that is true for every nation. When they forget a portion of that of which they were reminded…….it causes animosity and hatred. If we leave some of the orders of Allah or the way of our Prophet Salla Allahu Alihy wa Sallam….it leads us to animosity and hatred which is present today among Muslims, generally speaking and specifically. Allah is the Most Merciful, He informed us with regards of the causes and effects of disobeying Allah and His Messenger.

Therefore, the only way and I repeat…The only way, that we can be successful in this life and in the Hereafter is to follow the Quran and the Sunnah of the Prophet Salla Allahu Alihy wa Sallam in the same way and understanding of the Companions of the Prophet and the early generations of Islam as the above hadeeth states. In every specific thing that we have to deal with, we need the understanding of the early generations of Al-Islam. This is the true knowledge and any deficiency in applying that, then it is animosity and hatred that would spread

I would like to examine the problem of disunity that are causing differences among some of the Muslim communities and how to solve it.

For leaders and Imaams:
a- Leadership position in Islam is a source of sorrow and regret in the Day of Judgment, that’s why it is not something to seek or to run for, but rather to be offered with no longing for it.. The Prophet Salla Allahu Alihy wa Sallam said: “Do not seek to be a ruler (whether to a king, or even a private ruling), for if you are given authority on your demand then you will be held responsible for it, but if you are given it without asking (for it), then you will be helped (by Allah) in it. (Albukhaari).

He also said: “You people will be keen to have the authority of ruling which will be a thing of regret for you on the Day of Resurrection. What an excellent wet nurse it is, yet what a bad weaning one it is!” AlBukhaari)

If we disobey the Prophet Salla Allahu Alihy wa Sallam and seek positions of leadership, then it is as we read, sorrow, regret and enmity and hatred. Rather it should be the wise people and elders among the community, they would form like a counsel and they would choose the most knowledgeable and strong to fit the position of leadership. The goal is nothing but the pleasure of Allah by strictly following the orders of Allah the way it was applied at the time of the Prophet Salla Allahu Alihy wa Sallam. This is true for any form of leadership (President, Board members, Imam, etc)

Once there is a dispute we should refer it back to Allah and His Messenger. Allah The Most High says in the Quran: “O you who have believed, obey Allah and obey the Messenger and those in authority among you. And if you disagree over anything, refer it to Allah and the Messenger, if you should believe in Allah and the Last Day. That is the best [way] and best in result.” (4:59).

c- Allah the Most High ordered us not to follow the way of the people of the book before us, the Jews and the Christians, but rather to follow the divine revelation from Allah the Quran and the Sunnah. Living in the west, it is very easy to compromise our deen for the sake of pleasing others thinking that we are performing Dawah which is the most important job for those in charge of Muslims communities. Our job is to convey the truth in the best mannerism without distorting the message or compromising the way of the Prophet Salla Allahu Alihy wa Sallam. The goal is not to discuss the specifics, but rather to agree on these principals and always refer to them.

d- One of the major reasons for disunity among Muslim communities is that some people that are not qualified to teach and speak about the Deen are actively doing so. I’m not questioning intentions, we should always have good expectations for everyone. It is the correctness of what is being said. There is no holiness to anyone in the Religion of Al-Islam, no person other than the Prophet Salla Allahu Alihy wa Sallam is to be blindly followed, but we have to speak out of knowledge that we spend years and years to learn. We should respect each and everyone’s specialty, a doctor should be the one to speak about health related issues not an engineer and vice versa. What is more important than our physical health is our Deen. We do not know the truth by default, but rather we have to learn it first, because matters of revelation would come with things that people don’t see with their own eyes, they just need to submit to what Allah wants from them. In the Hadeeth Qudsi..Allah said: “O My slaves, all of you are misguided except those whom I guide, so ask Me for guidance, I will guide you. “ (Sahih Muslim)

Unless we humble ourselves and sit on our knees in the houses of Allah seeking knowledge of the Deen, we can never acquire it. The knowledge of the Deen is not to be acquired on benches, universities taught by non-Muslims or non-practicing Muslims, but rather by scholars that have both knowledge and fear of Allah. They teach in the houses of Allah…TheMasajid, students of knowledge they spend years on their knees in the Masjids acquiring both knowledge and mannerism from these learned scholars. These learned scholars did the same thing for years learning from the previous generations, a connected chain of scholars that goes all the way to the Prophet Salla Allahu Alihy wa Sallam. Its been the practice among the Muslims that they would respect their scholars because of the knowledge of the Deen that they have, although the people should not blindly follow anyone but the Prophet Salla Allahu Alihy wa Sallam them, but these scholars would clarify to the people the way of the Prophet Salla Allahu Alihy wa Sallam. Muath, May Allah be pleased with him, said: “If it wasn’t for three things, I wouldn’t long for this life: The night prayer, fasting a hot summer day and crowding around the scholars on my knees in the gatherings of knowledge”.

The job of the Caller, Imam..etc. is to relate the words of the scholars and not to interpret things on his own, respecting this chain of scholars that goes back to the Prophet Salla Allahu Alihy wa Sallam.

We need to be humble to the knowledge of the Deen, because it is the best knowledge since it is the interpretation of the words of The Most High…Allah. And the Most beloved human being…Prophet Muhammad Salla Allahu Alihy wa Sallam.

If we apply these principals, things will fall in place by the will of Allah. May Allaah guide us to see the truth and to act according to it.