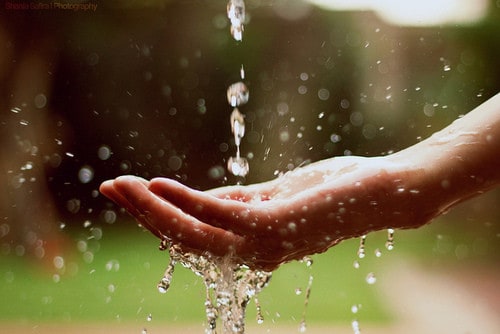 This prayer is a means of seeking rain from Allah, the Exalted, during times of drought. That is, people are naturally disposed to ask help from the One Who is able to support them; Allah Alone. This prayer was known among the previous nations. It is regarded also as one of the acts of the prophets, peace be upon them all, as Allah, the Exalted, Says (what means):

performed Prayer for Rain for his people many times, and in many ways. In addition, Muslim scholars unanimously agree on the legality of such an act.

The Prayer for Rain is ordained during times of drought and times when rain fails, which causes harm to people. Then there is no way out except by supplicating their Lord and asking Him for water (rain). People may supplicate Allah in various ways. For instance, people may supplicate Allah in Prayer, whether in congregation or alone. They may also supplicate Him by invoking Him during the sermon of the Jumu’ah (Friday) Prayer, in which the Imam may invoke Allah, and Muslims say, “Ameen”.

Furthermore, it may be by invoking Allah, the Exalted, after performing prayers, or by supplicating Him in seclusions with neither prayer nor sermon. All such acts are related about the Prophet

went out to invoke Allah for rain. He faced the qiblah (the direction of Ka’bah in Mecca), invoking Allah. Then he reversed his cloak and performed two Rak’ahs (units of prayer) and recited the Quran aloud in them.” [Al-Bukhari and Muslim]

There are many hadeeths in support of this practice.

The Prayer for Rain is similar to that of the Eid Prayer concerning its relevant rulings and the place where it is performed. That is, it is viewed desirable to perform it in the place where the Eid Prayer is performed; outside the mosque. Moreover, its rulings and practices are the same as those of the Eid Prayer, namely the number of Rak’ahs, the loud recitation of the Quran, being performed before delivering the sermon, and the additional Takbeers (saying ‘Allahu Akbar’) in the first and second Rak’ahs before the recitation of the Quran, as illustrated before.

performed two Rak’ahs as he does in the Eid Prayer.”

At-Tirmithi says that this is a hasan (good) and saheeh (authentic) hadeeth, and Al-Hakim and others view it as a saheeh (authentic) hadeeth, as well. The one performing the Prayer for Rain is to recite the chapter of Al-A’laa in the first rak’ah, and the chapter Al-Ghashiyah in the second one. People are to perform it in a vast spacious place, away from the place of residence, as the Prophet

did not perform it except in the desert. This is because performing it in such a place is a means of showing much need to Allah, the Exalted. When the Imam wants to proceed to perform the Prayer for Rain, he should start with reminding people of what may soften their hearts by mentioning Allah’s reward and punishment. They should also be commanded to turn to Allah in repentance and return rights to whom they are due. This is because sins are amongst the main reasons that cause rain and blessings to be withheld. On the other side, repentance and asking Allah, the Exalted, for forgiveness are reasons for Allah’s answering of supplication. Allah, the Exalted, Says (what means):

“And if only the people of the cities had believed and feared Allah, We would have opened [i.e. bestowed] upon them blessings from the heaven and the earth; but they denied [the messengers], so We seized them for what they were earning” [Quran 7: 96]

Furthermore, the Imam should command people to give charity to the poor and needy, as this is regarded as a cause for sending Allah’s mercy. After that, he is to set for them a certain day, at which they are to come out and be prepared for such an honorable occasion, and according to that which best suits it as an act of the Sunnah. At that date, people are to go out to the place of prayer showing humbleness, submissiveness and neediness of Allah, the Exalted, as Ibn ‘Abbas

went out to perform the Prayer for Rain showing humility, humbleness, and submissiveness, and supplicating (Allah).” [At-Tirmithi said that this is a hasan and saheeh (good and authentic) hadeeth.]

No Muslim should stay behind (from going out) while able, even boys and women, whose presence does not cause temptation, are to go out to perform it. Then, the Imam is to lead people performing two rak`ahs, as mentioned before. After doing so, he is to deliver one sermon. However, some scholars view that the Imam is to deliver two sermons. Both opinions are permissible, but the soundest opinion is to deliver one sermon, according to the most preponderant legal proof. In most cases, the Prophet

delivered the sermon after performing the Prayer for Rain, and Muslims acted according to this. However, it is related that the Prophet

delivered the sermon before performing the prayer. This is the view of some scholars, but the first view (delivering the sermon after performing prayer) is more preponderant; and Allah Knows best.

used to raise his hands when invoking Allah in the Prayer for Rain, so much that the whiteness of his armpits became visible.

The Imam should also confer blessings upon the Prophet

in such situations, as a means of following him. In this regard, Allah, the Exalted, Says (what means):
“There has certainly been for you in the Messenger of Allah an excellent pattern for anyone whose hope is in Allah and the Last Day…” [Quran 33: 21]

It is viewed as an act of the Sunnah to face the qiblah at the end of supplication, and to reverse one’s clothes, as related in the Two Saheehs (Al-Bukhari and Muslim, the two authentic books of Hadeeth) that the Prophet

turned his back toward the people and faced the qiblah asking Allah (for rain). Then he reversed his cloak. The wisdom behind this – Allah Knows best – is that it is like a good omen that the present hard condition may turn into prosperity and the sending of rain. People should also follow the Imam and reverse their clothes, as Imam Ahmad related, “… the people followed him (the Prophet, sallallaahu alayhi was sallam) and reversed their clothes.” In addition, what is stated as done by the Prophet

is to be done by his nation, unless it is proved that he alone is particularized with such a thing.

This would be until Allah, the Exalted, sends down rain; otherwise, Muslims should repeat asking for rain, as long as there is a need for that. It is considered an act of Sunnah that when rain starts to fall, one is to stand and receive some of it and say, “O Allah! Let it be a strong fruitful rain,” and say, “The rain is due to the Favor and Mercy of Allah.” However, when rain falls heavily and there is fear that it might cause harm, one should say as the Prophet