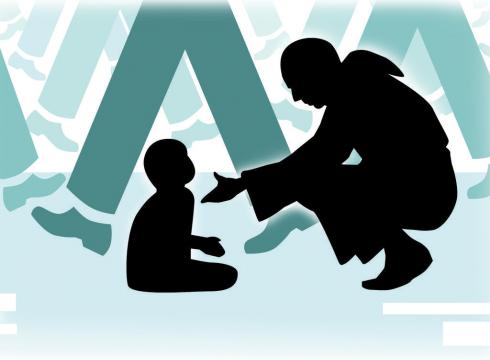 This life is full of incidents that will  hurt or challenge your personality. As I was thinking I realised that you will come across some people who won’t watch what they say or do to others and continue to cause pain to them , this verse has came to my mind:

“Translation”: ” Because of that, We ordained for the Children of Israel that if anyone killed a person not in retaliation of murder, or (and) to spread mischief in the land – it would be as if he killed all mankind, and if anyone saved a life, it would be as if he saved the life of all mankind.”
The verse came after the story of Qabeel and Habeel, because the son of Adam killed his brother in transgression and aggression. A law was given to Bani Israel. All though this verse is addressing killing,  my memory took me back to a time a few years ago when I was studying tajweed, sitting in front of my extraordinary teacher as she explained this verse in a different angle where we can all refer to, as most of us would not think of killing allahmdulilah. She said that even by not watching your words or actions to others you can cause killing of a soul so many times , by hurting and humiliating them, and as a consequence it is as if you have killed the entire humanity. Whereas, with good words and actions you can save a life and it will be as if you saved the entire humanity.

Let’s think about it how can I kill a human through my words?! When a hurtful word comes out of your mouth towards some one who was already prone to depression and was giving up on life, your words add on to that persons thoughts of leaving this life and committing  suicide, and as a result dies. Who was responsible for his death ?! Didn’t you just commit murder in a different way, not with weapons but with words! Similarly when you lift the same persons spirit and give them hope in this life and that person lives with optimism, didn’t you just save a life ?! Next time you want to speak, think “Am I saving a life or killing one?”