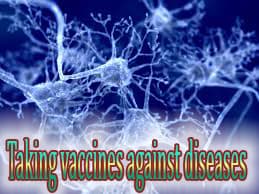 Are vaccines allowed in Islam? Some scholars in Pakistan are inciting the people against getting their children vaccinated for polio. They say that according to the Shariah we are commanded not to go to a place where disease exists and quote evidence from the Hadeeth “Flee from the leper as you would flee the lion”, but are not allowed to use medicine before an ailment has occurred. Many people accept their verdict and this is affecting the eradication of polio from Pakistan, as parents no longer allow the government sent doctors to vaccinate their children. Please give a clear verdict on this.
Fatwa:
All perfect praise be to Allah, The Lord of the Worlds. I testify that there is none worthy of worship except Allah, and that Muhammad is His slave and Messenger.
It is permissible to take vaccinations against diseases and that it is a kind of seeking treatment. Going to vaccination places is not exposing oneself to contagious diseases and this is not contradicting the Prophetic narration which reads: “Run away from the leprous as you run from the lion.” [Al-Bukhari] Rather, the narration proves that seeking protection against the disease is legislated. Ibn Al-Qayyim said: “The Prophet permitted seeking protection against contagious diseases.“
Vaccinating against some diseases is seeking protection against them, so it is permissible. Therefore, one should not refrain from vaccinating unless it is proven by trustworthy doctors that a given vaccination has more disadvantages than benefits, as in this case it is not permissible to vaccinate because the Prophet said: “There should be no harm and no reciprocal harm.” [Ahmad and Ibn Maajah]
Allaah Knows best.