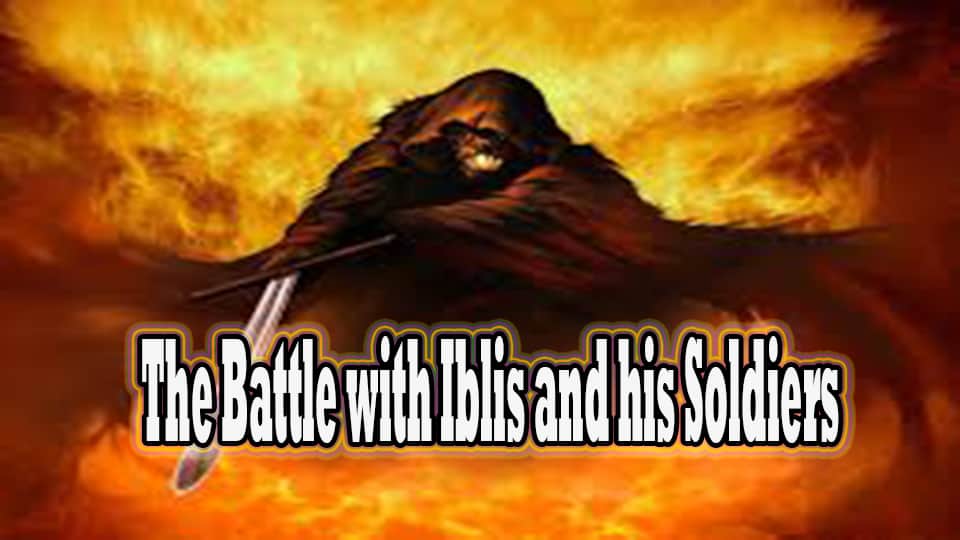 All praise is due to Allah, Lord of the worlds, Who created man from clay, and prayers and peace be upon the leader of the pious and the most honorable of mankind, prophet Muhammad.

In one of his writings, Imam Ibnul-Qayyim, may Allah have mercy on him, underlined that people should beware of Satan and his hosts, and highlighted some of his tricks. He said:
“Allah, the Exalted, decreed that Adam and his children will be tried by this Enemy who was empowered to delude them. Therefore Allah supplied humans with defenses to face him, so much as he provided the Enemy with military might to assault them. This struggle is nothing but an instance of actual warfare which extends throughout man’s entire life. The span of life on earth, in comparison to the eternal one, is equal to a single breath of air.
The Almighty has bought of the believers their souls and their wealth in return for paradise: they shall fight in the way of Allah and shall kill and be killed. He affirmed that this is a promise binding on Him, a promise which He had made in His holiest of Books, the Torah, the Gospel and the Glorious Qur’an. Allah says that no one is more faithful to his covenant than He Himself, Exalted and Glorified be He.
Subsequently He conveys to those who have died in His way, to rejoice in the good deal they have concluded. The onlookers who might want to know the true value of this bargain can easily figure it out by knowing Who the Purchaser is and the price He will pay; it is Allah. Is there a better win? Is there a more prosperous trade than this one?
Allah reiterated this covenant again when He said, “O You who believe! Shall I guide you to a commerce that will save you from a painful torment. (10) That you believe in Allah and His Messenger (Muhammad SAW), and that you strive hard and fight in the Cause of Allah with your wealth and your lives, that will be better for you, if you but know! (11) (If you do so) He will forgive you your sins, and admit you into Gardens under which rivers flow, and pleasant dwelling in Gardens of ‘Adn – Eternity [‘Adn (Edn) Paradise], that is indeed the great success.” [As-Saff 61: 10-12]
{يَا أَيُّهَا الَّذِينَ آمَنُوا هَلْ أَدُلُّكُمْ عَلَىٰ تِجَارَةٍ تُنجِيكُم مِّنْ عَذَابٍ أَلِيمٍ ﴿١٠﴾ تُؤْمِنُونَ بِاللَّهِ وَرَسُولِهِ وَتُجَاهِدُونَ فِي سَبِيلِ اللَّهِ بِأَمْوَالِكُمْ وَأَنفُسِكُمْ ۚ ذَٰلِكُمْ خَيْرٌ لَّكُمْ إِن كُنتُمْ تَعْلَمُونَ ﴿١١﴾ يَغْفِرْ لَكُمْ ذُنُوبَكُمْ وَيُدْخِلْكُمْ جَنَّاتٍ تَجْرِي مِن تَحْتِهَا الْأَنْهَارُ وَمَسَاكِنَ طَيِّبَةً فِي جَنَّاتِ عَدْنٍ ۚ ذَٰلِكَ الْفَوْزُ الْعَظِيمُ} الصف: 10-12
Tranlsiteration:YaayyuhaallatheenaamanoohaladullukumAAalatijaratintunjeekum min AAathabinaleemin (10) TuminoonabiAllahiwarasoolihiwatujahidoona fee sabeeliAllahibiamwalikumwaanfusikumthalikumkhayrunlakum in kuntumtaAAlamoona (11) Yaghfirlakumthunoobakumwayudkhilkumjannatintajree min tahtihaalanharuwamasakinatayyibatan fee jannatiAAadninthalikaalfawzualAAatheemu
He kept back the Enemy of man from harming his believing slaves. It is true that the believers are the most beloved creatures to Him. On the other hand, jihad is the most beloved of all works to Himself. The people who accomplish it ascend to His highest grades and are to Him the most near.
Allah assigned the leadership of this spiritual jihad to the foremost and most distinguished place to Himself: the heart. The heart is the place which embraces the knowledge of Allah, love for Him, true servitude, absolute certainty and unconditional reliance on the Lord of all. The heart rightfully deserves to master this war. Thus, Allah supplies the heart with hosts of angels who will not refrain from directing it towards the guided way. Allah says,
“For each (person), there are angels in succession, before and behind him. They guard him by the Command of Allah.” [Ar-Ra’d 13:11]
{لَهُ مُعَقِّبَاتٌ مِّنْ بَيْنِ يَدَيْهِ وَمِنْ خَلْفِهِ يَحْفَظُونَهُ مِن أَمْرِ اللهِ} الرعد: 11
Transliteration:LahumuAAaqqibatun min bayniyadayhiwaminkhalfihiyahfathoonahu min amriAllahi
These angels fortify his faith, protect him, direct him to do good, persuade him to do it, promise him of Allah’s reward and assist him in adhering to patience, repeating the words, ‘An hour’s patience equals everlasting relief.’
Following that, Allah sent further reinforcements to the heart which are the forces from the words revealed by Him. These verbal reinforcements were delivered through prophet Muhammad, prayers and peace of Allah be upon him, and embodied in the Quran. They intensified the hearts impregnability, amplified its readiness and ammunitions. 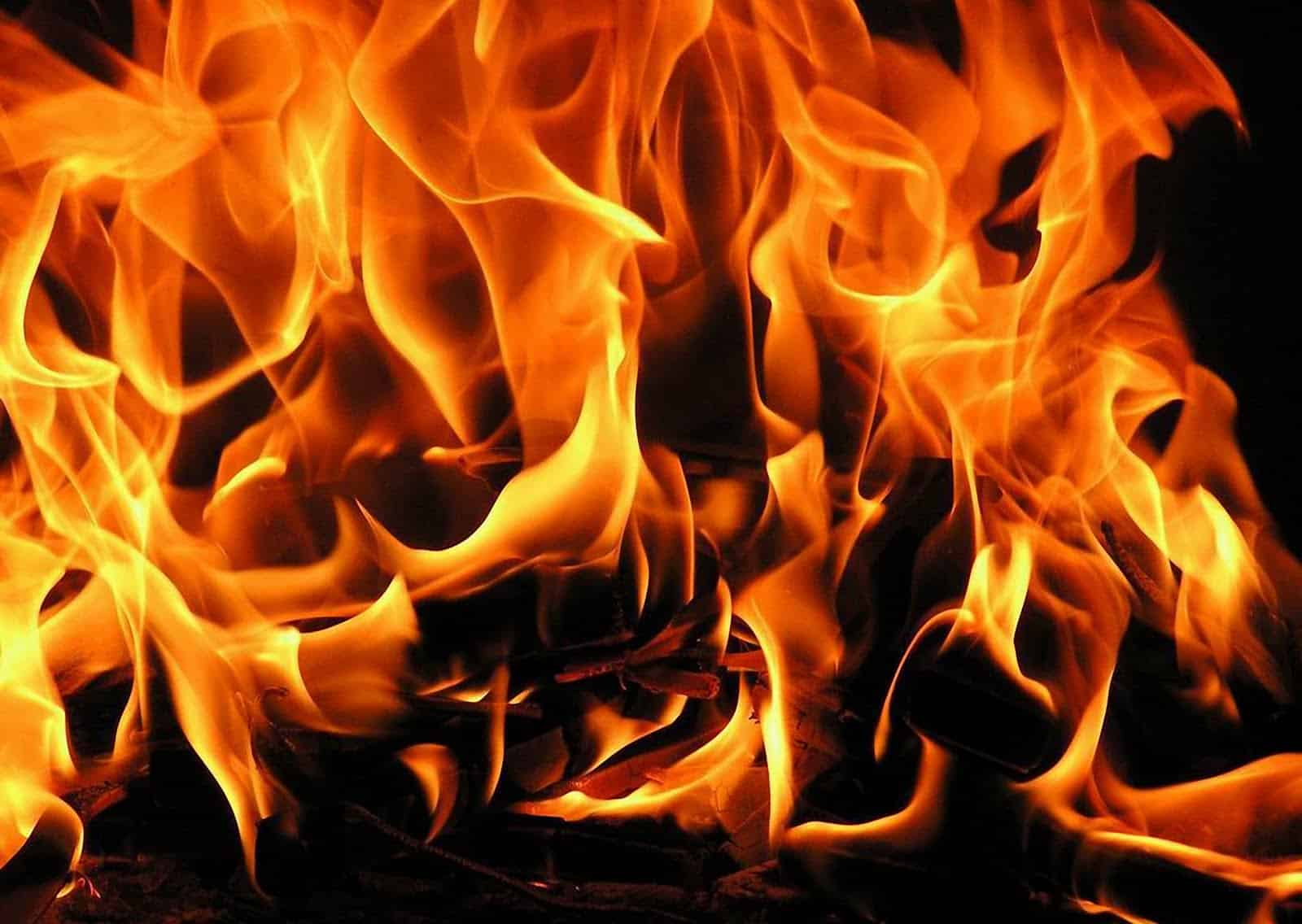