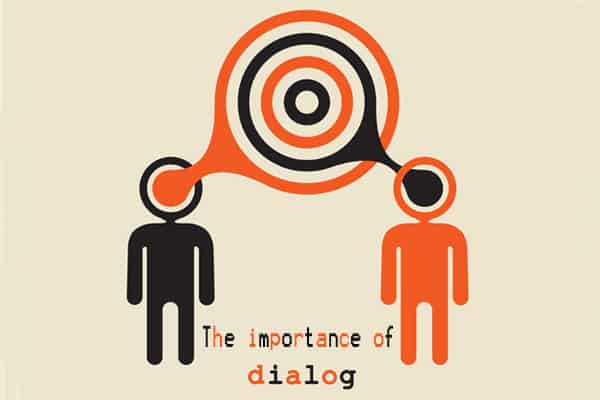 According to the Quran, dialogue and reasoning in the best possible way are important methods of communicating, upholding the truth and resisting falsehood. The ultimate aim of doing this is to arrive at the truth. Within the framework of Islamic Da’wah, dialogue is a tool of correction, construction and self-evaluation. Dialogue is a shared tool of awareness due to which opinions are formed, questions are examined and the implications of Islamic or theoretical evidence are concluded. It is a tool of consultation, mutual advice and cooperation in righteousness and piety, which is the road to maturity and paves the way for perfection. Errors can be corrected, deficiencies taken care of, and the course of religion and advocacy straightened out only when we welcome a dialogue and train ourselves to accept criticism and revision. When this happens, our dialogues will be educational and systematic, enriching the Islamic nation with religious studies and academic theses.

The global Islamic awakening has turned into a general renaissance for all classes; it is no longer the sole monopoly of any party. The new generation has a rightful claim on Islamic Da’wah to appreciate their reasoning powers, recognize their abilities and reveal to them the truth concerning the progress of advocacy, whether negative or positive. We are not expected to defend the attitude of one particular Islamic school or famous personality, and then try to justify it or conceal errors; our cause is much deeper and more serious than that. The vanguard of the Islamic awakening aspires to achieve the divine approach to dialogue, with all its clarity and purity of purpose, free from muddiness and blemishes. This is because Allaah’s injunctions are clear and His approach will last longer than anyone or anything else. 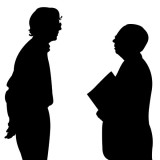 Difference in opinion is a natural thing and a healthy phenomenon, which enriches the nation with mature ideas. If such difference of opinion is employed correctly, it is a remarkable tool for evaluating things from different points of view and dimensions. Unfortunately, such differences have turned into bitter quarrels and alarming fights that have weakened the body of Islam. This is due to the absence of serious dialogue and mutual consultation by various parties. The channels of prudent scholarly dialogue are broken, which is why plausible reasoning and similar opinions have turned into a potential source of intellectual partisanship and personal conflict. Dialogues have regressed to being no more than an exchange of accusations and abuse.

Over time, scholars have developed certain Sharee’ah-based principles that may be seen as a basic methodology for conducting an Islamically correct and fruitful dialogue.  Here are some of these principles:

It is necessary for the interlocutor to be knowledgeable about the subject that he intends to debate over. At the same time, he should be able to examine, weigh and give preference to various types of evidence, deduce results and collect every piece of evidence. Further, he should be familiar with the science of abrogation and abrogated verses of the Noble Quran, the allowed and the restricted, the particular and the general, as well as the authentic and the weak. Nobody should venture into debate without complete intellectual and scholarly tools. Allaah has rebuked those who argue without knowledge, and Says (what means): “Here you are—those who have argued about that of which you have (some) knowledge, but why do you argue about that of which you have no knowledge? And Allaah knows, while you know not.” [Quran: 3:66].

Partisan education adopted by some Islamic workers destroys the mind and kills creativity, thought and meditation. It relies on drilling its followers in the principles and methodology of the party rigidly and literally, regardless of their validity. Thereafter, the party member is taught to slander and belittle others, while being unaware of reality, or even the reason why he is being asked to behave in that particular manner, and most seriously, without any knowledge about the punishment of slander. Indoctrination by parties results in an incomplete education; it is only good for creating unthinking people who parrot whatever the party deems correct.

For debate to proceed in the right direction, it is necessary to possess a good understanding of the opponent’s arguments, his evidence and the background influencing his actions. Often, a debate lingers on with differences persisting on both sides and the subjects being discussed becoming increasingly arcane without reaching any conclusion. The reason for this is that each side was unable to understand the basis of the other’s evidence as well as their entire aim.

Understanding is the cornerstone of debate; by contrast, misunderstanding may compel the interlocutor to accept what is wrong, reject what is right or misinterpret things. Imaam Al-Subuki, may Allaah have mercy on him, said: “I have often seen people listening, but (they) misunderstand what they hear. Consequently, they would alter the aim intended by the book or the author and mislead their colleagues and their followers into conclusions the author has never meant.”

Some of the primary elements which cause misunderstanding are:

–       Distance between interlocutors, which may force interlocutors to rely solely on hearsay. If both sides were to meet face-to-face and talk to each other, the picture would be clear and all ambiguities removed.

–      Differences of expression: To avert the problem of linguistic differences, the interlocutor must observe clarity and explicitness. He should be able to control his words and expressions, as well as be accurate in presenting his evidence and supportive arguments.