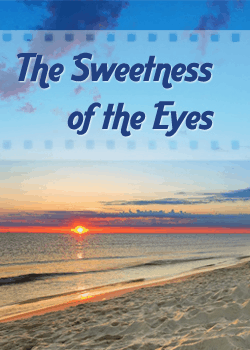 The Prophet, peace be upon him, said to his caller to prayer: «O Bilal, give us our rest in prayer». From this we know that prayer is what brought the Prophet relaxation and respite, just as it was the sweetness of his eyes. Ibn Hajar al-`Asqlânî explains: “The ‘sweetness of one’s eyes’ is the beloved that one hopes never to depart from to the bliss that this beloved brings and the happiness that it enriches one’s life with. This is experience with prayer only by those who are reverently patient.” Prayer occupies a great status in Islam that is not shared by any other act of worship. This is indicated by the following: 1– It is the pillar of the religion, which cannot stand without it. 2– It is second in status to the Shahaadatayn (twin testimony of faith) as further proof of the soundness of a person’s belief and as visible evidence of the beliefs that reside in the heart. 3– Prayer occupies a special position among other acts of worship because of the way in which it was enjoined. It was not brought down to earth by an angel, rather Allaah wanted to bless His Messenger Muhammad, peace and blessings of Allaah be upon him, by taking him up to heaven and addressing him directly concerning the obligation of prayer. This is something that is unique to prayer among all the rituals of Islam. 4– Allaah erases sins by means of prayer 5– Prayer is the last part of religion to be lost, and if it is lost the whole religion is lost. 6– Prayer is the first thing for which a person will be brought to account on the Day of Resurrection Hence the Muslim should be keen to perform the prayers on time, and not be lazy or take the matter lightly. Allaah says: {فَوَيْلٌ لِلْمُصَلِّينَ . الَّذِينَ هُمْ عَنْ صَلَاتِهِمْ سَاهُونَ} ‘Translation’ {So woe unto those performers of Salaah (prayers) (hypocrites) . Those who delay their Salaah (prayer from their stated fixed times)} [Al-Ma’un:4-5]. And Allaah warns those who cause their prayers to be lost by saying: {فَخَلَفَ مِن بَعْدِهِمْ خَلْفٌ أَضَاعُوا الصَّلَاةَ وَاتَّبَعُوا الشَّهَوَاتِ فَسَوْفَ يَلْقَوْنَ غَيًّا} ‘Translation’ {Then, there has succeeded them a posterity who have given up As-Salaat (the prayers) (i.e. made their Salaat (prayers) to be lost, either by not offering them or by not offering them perfectly or by not offering them in their proper fixed times) and have followed lusts. So they will be thrown in Hell} [Maryam:59].