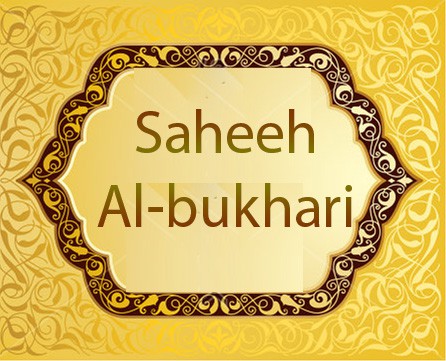 Of all the works of Hadeeth, Saheeh Al-Bukhari and Saheeh Muslim are regarded as the most authentic and authoritative books, after Al-Quran. Indeed the very word “Saheeh” means “authentic”. Saheeh Al-Bukhari was compiled by Imam (leader) of Hadeeth, Mohammad Ibn Isma’eel Al-Bukhari, born 194H in Bukhara, central Asia. He traveled at an early age seeking knowledge to Hijaz (Makkah and Madeenah), Ancient Syria, Iraq, Egypt etc. He

devoted more than 16 years of his life to the actual compilation of this work. He

learnt from more than 1000 scholars. It is said that Imam Al-Bukhari

collected over 300,000 Hadeeths and he himself memorized 200,000 of which some were unreliable. He

wrote many books especially on the bibliography of Hadeeth narrators and other books on various issues of Fiqh (Islamic jurisprudence). However, his book ‘Saheeh Al-Bukhari’, stands out for being the most authentic book of Hadeeth. It was also the first book to contain only authentic Hadeeths, while previous books contained authentic and non-authentic Hadeeths, as well as sayings of the companions

and others. Imam Al-Bukhari

died in his hometown, Bukhara in the territory of Khurasan (West Turkistan), in the year 256H.

grouped the traditions of the Prophet

under various headings dealing with specific points of Islamic jurisprudence. In his time, the schools of law had been generally established and his objective was to catalogue the traditions he regarded as authentic in relation to their respective topics of jurisprudence.

Before he recorded each Hadeeth, he

would perform ablution and offer a two-Rak’ah prayer and supplicate to Allah. Many religious scholars of Islam tried to find fault in the great remarkable collection, but all in vain. It is for this reason, they unanimously agreed that the most authentic book after the Book of Allah is Saheeh Al-Bukhari.

Some facts about Saheeh Al-Bukhari

chose from the large number of Hadeeths that he

2. The number of complete unrepeated Hadeeths is 2230.

3. All the Hadeeths mentioned are authentic.

4. The conditions for accepting a Hadeeth were very stringent. Such as:

a) The chain of narrators must be linked, i.e. every narrator must have met his predecessor, (the man of whom he heard the Hadeeth from, up to the Prophet

b) For it to be enclosed in the Saheeh, the narrators must be of the highest caliber regarding their piety, manners, memory, integrity, etc.

5. The book is not a mere book of narrations; it is essentially a course of study on Hadeeth, its derivatives, inductions and research.

6. Each one of its 97 chapters is headed by a relevant verse from the Quran that complements the meaning of the Hadeeths quoted.

7. Finally, much more could be said about this monumental work, however, it is enough to say that many people have reached fame and achieved the highest qualifications by studying the book, researching it and commenting on it.

Saheeh Muslim is the second most authentic book of Hadeeth after Saheeh Al-Bukhari, compiled by Imam Muslim ibn Al-Hajaj Al-Nisapuri

traveled widely to many countries such as Iraq, Hijaz, Ancient Syria, and Egypt to gather his collection of Hadeeth. He

learnt from many scholars, most of which were Al-Bukhari’s teachers. He

also learnt from the Imam Al-Bukhari himself

He, Allah have mercy upon him, sought not so much to complement the issues at stake in the fiqh (the lslamic jurisprudence) but rather to produce a collection of sound traditions, an authentic record, on which future studies of Hadeeth could be based.

Some facts about Saheeh Muslim

2. Many narrations are mentioned in Saheeh Al-Bukhari, but with different chain of narrators.

3. In every chapter more than one Hadeeth with the same meaning but with different chains and text are listed. The first Hadeeth in each chapter is the strongest, followed by weaker narrations in order to strengthen weaker narrations.

5. The book is forwarded by a detailed introduction about the basis of the sciences of Hadeeth.

Saheeh Al-Bukhari is preferred over Saheeh Muslim based on the authenticity of the Hadeeths. Imam Al-Bukhari

was more strict in selecting Hadeeths (chains) than Imam Muslim

. Besides considering all the conditions of a Saheeh Hadeeth, Imam Al-Bukhari

stipulated a further condition that a narrator should meet the person from whom he is narrating the Hadeeth.

was less strict than the condition of Imam Al-Bukhari

While Bukhari’s compilation is considered the more reliable of the two, Muslim’s arrangement of his material has been recognised as superior, and rightly so. While Al-Bukhari

made the traditions in his collection testify to his own schedule of various points of law, Muslim

left them to speak for themselves.