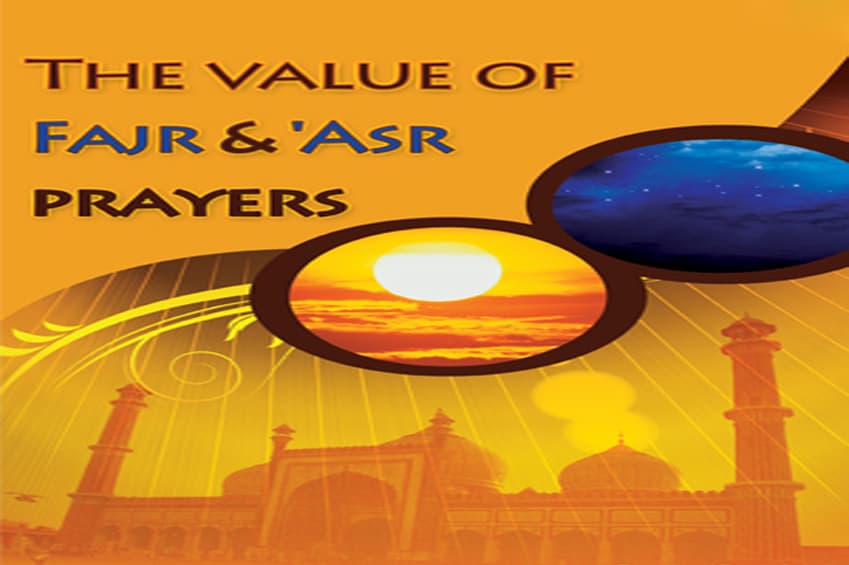 The value of Fajr (dawn) and ‘Asr (afternoon) prayers

In the Name of Allah, the Most Gracious, the Most Merciful
Allah the Almighty said: “[Such niches are] in mosques which Allah has ordered to be raised and that His name be mentioned therein; exalting Him within them in the morning and the evenings (36) [Are] men whom neither commerce nor sale distracts from the remembrance of Allah and performance of prayer and giving of zakah. They fear a Day in which the hearts and eyes will [fearfully] turnabout -” [An-Nur 24:36-37]

Transliteration: Fee buyootin athina Allahu an turfaAAa wayuthkara feeha ismuhu yusabbihu lahu feeha bialghuduwwi waalasali (36) Rijalun la tulheehim tijaratun wala bayAAun AAan thikri Allahi waiqami alssalati waeetai alzzakati yakhafoona yawman tataqallabu feehi alquloobu waalabsaru
In these two verses Allah the Almighty is praising men who are not diverted by their business from glorifying Him; glorifying here is the prayer and the remembrance of Allah.
O Brothers of faith
The Holy Quran has mentioned the Fajr and the ‘Asr prayers, and the Messenger of Guidance; Muhammad, peace be upon him, has shown their status in the Sunnah.
Our subject matter in this short pamphlet is about the virtues of Fajr and ‘Asr prayers, which Allah has ordered us to perform, so he said: “and exalt [Allah] with praise of your Lord before the rising of the sun and before its setting, [Qaf 50:39] 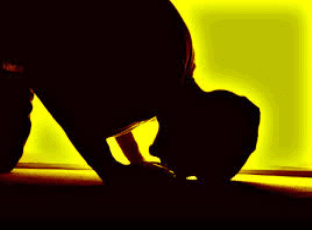 Transliteration: WaalAAasri
Al-Hasan and Qatada said that: What is meant by it is the nightfall after sunset.
Muqatil said: what is meant by it is the ‘Asr prayer which is the middle prayer which Allah ordered us to maintain.
Mentioning the ‘Asr prayer in particular after generalizing all prayers indicates its distinction, Allah the Almighty said: “Maintain with care the [obligatory] prayers and [in particular] the middle prayer and stand before Allah, devoutly obedient.” [Al-Baqarah 2:238]

Transliteration: Hafithoo AAala alssalawati waalssalati alwusta waqoomoo lillahi qaniteena
And it is being selected that the meaning of the middle prayer is the ‘Asr prayer, it is established in the two Sahih (Al-Bukhari and Muslim) through Mohammed bin Sirin through ‘Ubeida Al-Salmani through Ali ibn Abi Talib that the Prophet, peace be upon him, said the day (of the Battle) of Ahzab: “they diverted us from the middle prayer: the ‘Asr prayer, may Allah fill their hearts and homes with fire”. [Authenticated by Ahmad Shaker]

To make false oaths during the time of ‘Asr prayer is more punishable than in any other time. The two Sheikhs (Al-Bukhari and Muslim) through Al-A’mash through Abu Salih that Abu Huraira narrated that the Prophet, peace be upon him, said: “There are three persons whom Allah will not look at on the Day of Resurrection, nor will he purify them and theirs shall be a severe punishment” and he mentioned: “A man displayed his goods for sale after the ‘Asr prayer and he said, ‘By Allah, except Whom None has the right to be worshipped, I have been given so much for my goods,’ and somebody believes him (and buys them) and he is a liar.”

Whoever maintains the ‘Asr prayer obtains double the reward as established by Imam Muslim in his Sahih through Khair ibn Na’im Al-Hadhrami through ibn Hubaira through Abu Tamim Al-Jishani through Abu Basra Al-Ghifari who reported: The Messenger of Allah, peace be upon him, led us in the ‘Asr prayer at (the place known as) Mukhammas, and then he said: This prayer was presented to those gone before you, but they lost it, and he who guards it has two rewards in store for him.”

Whoever neglects performing it is due to receive severe threat from Allah; as established by Imam Al-Bukhari in his Sahih through Yahya ibn Abu Kathir through Abu Qallaba through Abu Al-Malih through Buraida that the Prophet, peace be upon him, said: “Whoever omits the ‘Asr prayer, all his good deeds will be lost.”

Transliteration: Waalfajri
And Allah would not swear by something unless it has more advantages over other things.
And this includes the great rewards as stated in the two Sahihs through Malik through Summei through Abu Salih that Abu Huraira narrated that the Messenger of Allah, peace be upon him, said: “And if they were to know what excellence lies in the night prayer and morning prayer, they would have definitely come even if crawling (on their knees).”

It also guards off hypocrisy, as the two Sheikhs established through Al-A’mash through Abu Salih that Abu Huraira narrated that the Prophet, peace be upon him, said: “No prayer is more burdensome for the hypocrites than the Fajr and the ‘Isha’ prayers”

Prayer is also a safety net against the penalty of leaving it; Imam al-Bukhari established in his Sahih through Ismail ibn ‘Alyyia: narrated Awf: Narrated Abu Raja that Samra ibn Jundab narrated that the Prophet, peace be upon him, told us about a vision he had, he said: “As for the man whose head was being injured with the rock, he is the symbol of the one who studies the Quran and then neither recites it nor acts on its orders, and sleeps, neglecting the enjoined prayers.”

It is an appropriate penalty for enjoying forbidden sleep neglecting to perform the obligatory prayer; he is being punished by injuring his head, God forbid.
It is also that whoever performs Fajr prayer in congregation in the mosque is put under the protection of Allah and His angels, as established by Imam Muslim in his Sahih through Bishr ibn Mufdhil through Khaled through Anas ibn Sirin that Jundab bin Abdullah Al-Qasri narrated that the Prophet, peace be upon him, said: “He who prayed the morning prayer, he is in fact under the protection of Allah.”

And he who is under the protection of Allah behooves to wake up active and feeling well. The two Sheikhs via Abu Az-Zinad via Al-A’raj that Abu Huraira narrated that the Prophet, peace be upon him, said: “During your sleep, Satan knots three knots at the back of the head of each of you, and he breathes the following words at each knot, ‘The night is long, so keep on sleeping,’ If that person wakes up and mentions Allah, then one knot is undone, and when he performs ablution the second knot is undone, and when he prays, all the knots are undone, and he gets up in the morning lively and in a good mood, 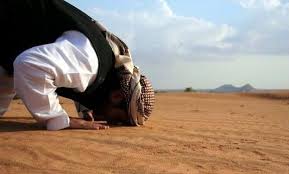 otherwise one gets up lazy and with a mischievous heart.”

If someone asks: why would he be lazy and with a mischievous heart?
The answer is a three part thing:
The first thing: the three knots at the back of his head as previously mentioned in the Hadith of Abu Huraira.
The second thing: the devil may have urinated in his ears, or one ear. As stated in the two Sahihs through Jarir through Mansour through Abu Wa’el that ibn Mas’ud said that: A person was mentioned before the Prophet, peace be upon him, and he was told that he had kept on sleeping till morning and had not got up for the prayer. The Prophet said: “He is a man in whose ears (or ear) Satan had urinated.”

The third thing: the devil stays on his nose until the morning, as established by the two Sheikhs through Abdul Aziz ibn Abu Hazim through Yazid ibn al-Hadi through Muhammad ibn Ibrahim through Isa ibn Talha that Abu Huraira narrated that the Messenger of Allah, peace be upon him, said: “If anyone of you rouses from sleep he should wash his nose by putting water in it and then blowing it out thrice, because Satan has stayed in the upper part of his nose all the night.”

Here are the values mentioned about the prayers of Fajr and ‘Asr altogether
The first: they are causes for the testimony of the angels before Allah the Almighty, as established by the two Sheikhs through Malik through Abu Az-Zinad through Al-A’raj that Abu Huraira narrated that the Messenger of Allah, peace be upon him, said: “there come around you consecutively angels in the night and angels in the day, and they meet in the Fajr and Asr prayers; those who spent the night among you ascend to heaven, Allah asks them and He knows best: in what state did you leave My slaves? So they say: we left and they were praying and we came back to them and they were praying”.

The second: As established by Imam Muslim in his Sahih through Yahya ibn Abi Kathir through Shiban through Abdul-Malik ibn ‘Umair through Abu Bakr ibn ‘Imara ibn Ru’aiba through his father who is Abu Zuhair who narrated that the Prophet, peace be upon him, said: “he will never enter hellfire whoever prays before the sunrise and before its sunset”.

The third: they are causes for entering Paradise as described in the two Sahihs through Hammam ibn Yahya through Abu Jamra Ad-Dhaba’i through Abu Bakr ibn Abu Musa from his father Abdullah ibn Qays al-Ash’ari who narrated that the Messenger of Allah, peace be upon him, said: ”Whoever prays the two cool prayers (‘Asr and Fajr) will go to paradise.”

The fourth: they are the cause of the great status which is the highest bliss in Paradise: a look at the holy face of Allah, we ask Allah of His bounty. The two Sheikhs through Marwan Ibn Mu’awiyah Al-Fazzari on the authority of Ismail Ibn Abu Khalid through Qais ibn Abu Hazim who said: I heard Jarir ibn Abdullah say: We were with the Prophet, peace be upon him, on a full moon night. He looked at the moon and said: “You will certainly see your Lord as you see this moon, and there will be no trouble in seeing Him. So if you can avoid missing (through sleep, business, etc.) a prayer before the rising of the sun (Fajr) and before its setting (‘Asr) you must do so.” He (the Prophet) then recited the following verse: “So be patient, [O Muhammad], over what they say and exalt [Allah] with praise of your Lord before the rising of the sun and before its setting,” [Qaf 50:39]”

Praise be to Allah and peace and blessings of Allah be upon our Prophet Muhammad and his family.