The Messenger of Allah, sallallahu `alayhi wa sallam, said, “The best actions are continuous ones even if little…” [Muslim]

After I looked at my own state and the state of those who waste their time, I wanted to encourage our souls to obey and worship Allah `azza wa jall by compiling a list of some well-known actions that Allah `azza wa jall has honored us with and prepared a great reward for those who do them. This list is also a reminder of better utilizing our time and seizing the opportunity of every hour and making use of it. My goal in compiling the list is not to point out the actions as much as to show the necessity of organizing and planning and preserving one’s time by investing it in something good.

First of all, let us talk about time, with which many are heedless and wasteful, and which importance only few recognize.

Time is like wealth, it requires our attention and care in both spending and managing. While it is possible to gather and store wealth, and even add to it, time, however, is in no way like that. For every minute that passes can never come back even if you were to spend all the wealth of this world.

So since time is preordained to be a specific period that can not be brought forward or delayed and since the value of it depends on what it is spent on, it is obligatory upon every human being to preserve time, be it little or long. One should use it in the best possible way and not be heedless about it.

In order to preserve one’s time, one must reflect on how and where to spend it. The best way to spend time is in obeying Allah ta`ala. One will never regret time spent in such acts of obedience. The only regret would be that if one were not to take yet more provisions in terms of good actions. So set your goal, O brother or sister, make your intention sincere, beginning with a desire to preserve your time and beware of wasting any minute of it.

My noble brother and sister,

I selected the time span of ten minutes (for performing particular righteous actions listed in this book) due to ease of application, so that one starts with them until he or she engages in good all the time, by Allah’s grace. In these actions there is conformity with the saying of the Messenger, sallallahu `alayhi wa sallam, “The most beloved action to Allah is the most continuous, even if little.” [Muslim]

Imam an-Nawawi, may Allah have mercy on him, said in relation to this hadeeth, “In it (the above hadeeth) is an exhortation to perform deeds regularly and continuously, and [an explanation] that a small deed done regularly is better than a great one that is interrupted. It is because by continuously doing a little of such actions as, [one’s] obedience, remembrance, awareness of Allah, sincerity and dedication to the Creator, subhanahu wa ta`ala, the outcome accumulates and it is multiplied exceeding what is greater but interrupted.”

The Messenger, sallalahu `alayhi wa sallam, spoke the truth. My dear brother or sister, I will give you an example of the blessing of utilizing ten minutes in righteousness. Glorifying Allah subanahu wa ta`ala by saying “Subhan Allah” a hundred times daily means that one will do so 36,500 times in a year. So take account of your soul, my brother or sister. You can only glorify Allah this much in a year if you are regular in performing tasbeeh and if you make good use of your time.

Similarly, if one reads the Qur’an for ten minutes regularly, one can finish reading it in full every two months. Is this how you do it? Ask yourself, do you complete recitation of the full Qur’an outside of Ramadan? And do not limit, my dear brother or sister, these special ten minutes, devoted to obedience, to be performed only once a day. Perhaps you will find the time after the morning prayer, or after the sunrise, or after the noon prayer, or before sleep.

Likewise, if one manages to memorize only a single verse from the Book of Allah, `azza wa jall, every day, he or she will complete memorization the complete Qur’an in only eight years. 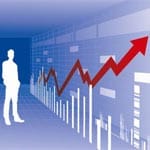 This is an opportunity for you, dear brother or sister. Ten minutes in which one can taste the sweetness of regularity of performing righteous actions and which can be a step towards managing one’s time, until all of one’s life becomes beneficial. Ten minutes that are in agreement with the saying of Allah `azza wa jall, “And I have not created the Jinn or humans except to worship Me.” [adh-Dhaariyaat (51):56]

Ibn ul-Qayyim, may Allah have mercy on him, said: “In conclusion, the servant, when he turns away from Allah and becomes preoccupied with sins (in this world), he loses days of his true life (in the hereafter). He will see the consequence of losing them the Day he says, “He will say, ‘Oh, I wish I had sent ahead [some good] for my life [i.e. true, everlasting life in the Hereafter].'” [al-Fajr (89):24]”

Some actions that can be done in ten minutes: