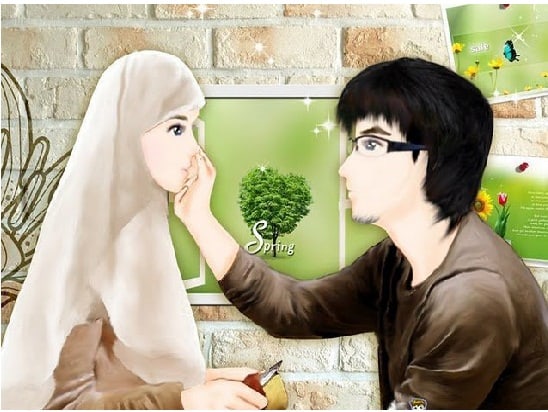 It is difficult to find a household without such problems; the husband accuses the wife of exaggerating in her expenditure and she accuses him of being miserly; this leads to fights and disturbs married life, and could, in some cases, lead to divorce and the complete destruction of the family structure.

This problem, in all cases, occurs due to the lack of understanding of the rights that each spouse has upon the other. One of the greatest rights of the wife upon her husband is that he provides for her, and his spending and providing for her is considered Islamically to be one of the best ways that he could spend in charity; this includes food, drink, clothing, housing and anything else a wife might need to maintain her strength and live a normal life.

Allah informs us that it is the duty of men to provide for their wives, and this is one of the reasons men were made superior to women, as Allah Says (what means): {Men are in charge of women by [right of] what Allah has given one over the other and what they spend [for maintenance] from their wealth…} [Quran 4: 34]

There are many evidences from the Quran, the Sunnah and the consensus of the Muslim scholars proving that it is mandatory upon a man to provide for his wife. In the Quran, Allah Says (what means): {…And upon the father is their [i.e. the mothers’] provision and their clothing according to what is acceptable. No person is charged with more than his capacity…} [Quran 2: 233]

There are many narrations from the Prophet

proving the obligation upon the man to provide for his wife, children and anyone else who lives under his (guardianship Here, let’s go through some of the narration.):

narrated that the Prophet

said in his Farewell Pilgrimage: “Fear Allah and treat women kindly – they are like captives in your hands. You have been entrusted with them and are able to enjoy them based on the contract you have conducted. Their right upon you is that you should treat them well in the matter of food and clothing.” [Muslim]

reported that he had heard the Prophet  saying on his Farewell Pilgrimage, after praising and glorifying Allah and admonishing the people: “Fear Allah and treat women kindly – they are like captives in your hands. If they become rebellious in their behaviour, then do not share their beds and beat them lightly; but if they return to obedience then you do not have recourse to anything else against them. You have rights over your wives and they have their rights over you. Your right is that they shall not permit anyone you dislike to enter your home, and their right is that you should treat them well in the matter of food and clothing.” [At-Tirmithi]

• Mu`awiyah Ibn Haydah  reported: “I asked the Messenger of Allah  “What right can any wife demand of her husband?” He  replied: “Give her food when you eat, clothe her when you clothe yourself, do not strike her on the face, and do not revile her or separate from her except within the house.” [Abu Dawood] Imam Al-Khattabi, may Allah have mercy upon, him said: “This proves the obligation of spending on wives and providing clothing for them, but it should be in accordance to the ability of the husband. The Prophet  made this mandatory whether the husband is present or travelling, and if he is unable to, then it remains a debt on him which he must repay whenever he returns.”

• Wahb  said: “One of the servants of ‘Abdullah Ibn ‘Umar  said to him (i.e., to Ibn ‘Umar): `I plan to stay here in Jerusalem for a month.` So Ibn ‘Umar enquired: `Did you leave enough to sustain your family during your absence?` He replied: `No`, so Ibn ‘Umar  said: `Go back and give them what will suffice them during your absence because I heard the Prophet  say: “Neglecting one’s own dependents is reason enough for a man to be committing a sin.” [Abu Dawood] In the narration of this story found in the book of Imam Muslim  the Messenger of Allah  said: “It is enough sin for a person to hold back the due of one whose provision is in his hand.” 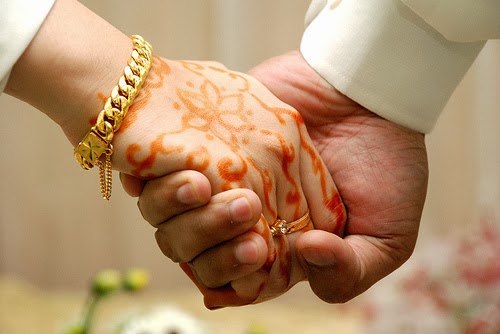 • Abu Hurayrah  said: “I heard the Prophet  say: “It is far better for you to take your rope, go to the mountains, (cut some firewood), carry it on your back, sell it and thereby save your face (from shame) than beg from people, regardless of whether they give to you or refuse you. The upper hand is better than the lower one (i.e., the spending hand is better than the receiving hand); and begin (charity) with those who are under your care.” It was asked: `Who are those that are under my care?’ He  replied: “Your wife and those (others) under your guardianship.” [Muslim]

Imam Ibn Qudamah, Imam Ibn Al-Munthir and others  have said: “It is the consensus of the Muslim scholars that spending on the wife is mandatory upon the husband, unless the wife is disobedient.”

The abovementioned texts prove that it is mandatory for one to provide for his family and household and care for them. There are many prophetic narrations indicating the virtue of spending and providing for one’s family and household, such as the narration of Abu Moosa Al-Ansari  who reported that the Messenger of Allah  said: “Whenever one spends something in charity on his family, sincerely for the sake of Allah, he will be rewarded for it” [Al-Bukhari]

Imam Ibn Hajr  said: “Providing for and spending on one’s family is mandatory even though it is referred to as charity in the texts; the reason for it being referred to as charity is so that people will not mistakenly think that they will not attain reward for spending in such a way. Allah clarified this so that people will not spend in charity externally until they have sufficed their own household and encouraged them by calling it charity.”

Sa`d Ibn Malik  reported that Messenger of Allah  said to him: “You will not spend anything in charity for the sake of Allah except that you will be rewarded for it; even the morsel of food which you feed your wife.” [Al-Bukhari and Muslim]

Abu Hurayrah  reported: “The Messenger of Allah  said: “(of the following types of expenditure): A Dinar (i.e., a gold unit of currency) which you spend in Allah’s way, or to free a slave, or as a charity you give to a needy person, or to support your family, the one yielding the greatest reward is that which you spend on your family.” [Muslim]

Our righteous Salaf (ancestors)  understood this obligation very well and it reflected in their statements, such as the saying of the devout Imaam ‘Abdullah Ibn Al-Mubarak  He said: “Nothing can equal this in other forms of spending – even spending in Jihad for the sake of Allah.”

On the other hand, the wife has to realise that her husband is only obliged to spend according to his ability and financial condition, as Allah Says (what means): {Let a man of wealth spend from his wealth, and he whose provision is restricted — let him spend from hat Allah has given him. Allah does not charge a soul except [according to] what He has given it. Allah will bring about, after hardship, ease [i.e. relief].} [Quran 65: 7]

Therefore, she has no right to overburden her husband with difficult demands, because this contradicts the kindness that spouses should have with each other. Additionally, Allah warns us against excessive spending. He the Almighty Says: (what means): {Indeed, the wasteful are brothers of the devils, and ever has Satan been to his Lord ungrateful.} [Quran 17: 27]

The wife should take into consideration the financial condition of her husband and be conservative in her spending and demands; she should sacrifice certain requests lest she might cause her husband emotional anguish.

Conversely, the husband should not be stingy if Allah provides him with wealth; he should not deprive his wife of what other women of her social status have of adornment, clothing and so forth, according to his ability; he should also never remind her of what he is doing for her. The husband should also know that financial inability can be made up for by kind words to the wife. When Allah mentioned kindness to kinfolks, He highlighted how those who do not have financial ability should behave and speak. Allah Says (what means): {And if you [must] turn away from them [i.e. the needy] awaiting mercy from your Lord which you expect, then speak to them a gentle word.} [Quran 17: 28]

Imam Ibn Katheer  said when commenting upon this verse: “When one’s relatives or others whom he is commanded to support ask for help while one has nothing to give them, then he should promise them while being kind and gentle in tone that when Allah provides for him, he will give to them.”

Finally, both spouses should remember that kind words and good manners make the other forget the hardships and tight financial situation they are in, and help them endure patiently.