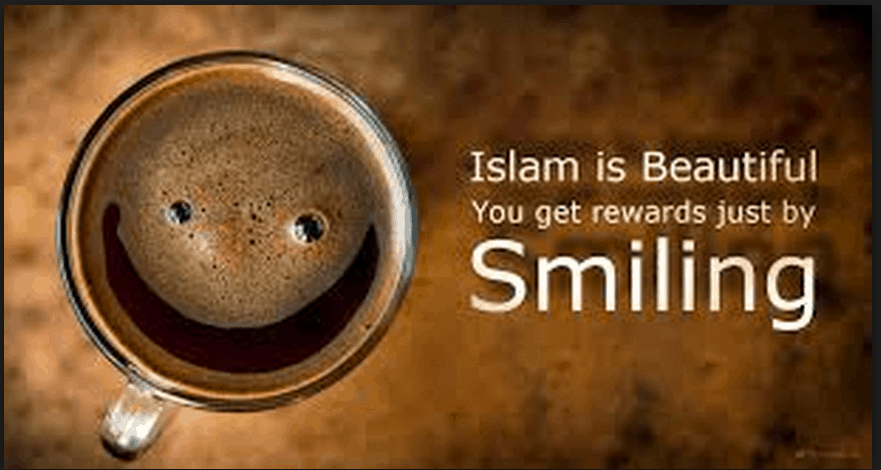 Islam is more than a religion; it is an entire way of life.

It teaches us how to behave from morning until night and it even tells us the best position to sleep in.

To some that might sound like 24 hours a day of rules and regulations but the truth is that Islam is such a natural way of life the rules become as easy as breathing.

One thing that is as easy as breathing is smiling. That little curve of the mouth and wrinkling of the eyes that makes not only you but those around you feel good. A smile lightens the load and frees the spirit.

Prophet Muhammad smiled, often and with real joy. In fact he smiled so regularly that his smile and kind demeanor are mentioned time and time again in anecdotes and stories from his traditions.

“The Messenger of God never refused me permission to see him since I embraced Islam and never looked at me except with a smile (on his face).” (Muslim, 6050)

When one of Prophet Muhammad’s companions was asked if he sat with the Prophet he replied:

“Yes, very often.  He (the Prophet) used to sit at the place where he observed the morning or dawn prayer till the sun rose or when it had risen; he would stand, and they (his Companions) would talk about matters (pertaining to the days) of ignorance, and they would laugh (on these matters) while (the Prophet) only smiled.” (Muslim, 1413)

One of the companions of Prophet Muhammad talks about his relationship with the Prophet when he (the companion) was a young boy. Anas said:

“The Messenger of God was one of the best men in character. One day he sent me to do something, and I said: I swear by God that I will not go. But in my heart I felt that I should go to do what the Messenger of God had commanded me; so I went out and came upon boys playing in the street. All of a sudden the Messenger of God, who had come from behind, caught me by the back of the neck, and when I looked at him he was laughing.” (Abu Dawud, 4755)

“Throughout my stay with him I never heard an indecent word from his lips and never found him rude to anyone. He spoke very politely. He was kind to everyone”.

The Prophet’s natural disposition led him to smile and laugh along with the people around him.

The Positive Effects of Smiling 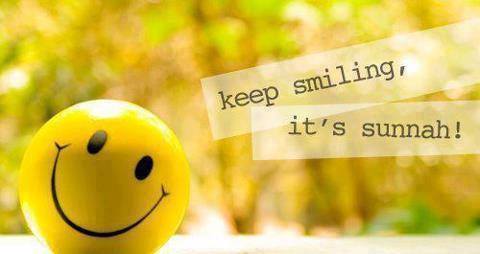 Consequently, if Prophet Muhammad smiled, it must innately be something good for both ourselves and the people around us. Islam was designed by the Creator to be the perfect way of life for humankind thus sometimes the smallest of things can have a big impact. A smile is one of those things. Therefore not surprisingly smiling has many positive effects.

Smiling is viewed across cultures as a sign of friendliness and it is a natural response that shares our happiness with others. Smiling lowers the heart rate and temporarily reduces blood pressure. It reduces stress by releasing endorphins that naturally diminish stress hormones simultaneously putting you in a better mood. Endorphins also lessen pain.

Smiling and laughter therefore are useful aids in health care. Still in the area of health, smiling boosts the immune system by relaxing the body and allowing the immune system to react more quickly and effectively to invaders.

Smiling has also been shown to increase productivity. It also makes us look younger and according to at least one study smiling aids longevity possibly extending our lives up to seven years. All this and smiling is contagious, therefore as you are gaining all these benefits you are spreading them around to all those who see you smiling and smile back.

Prophet Muhammad was often described as kind and generous and his generosity included smiling at those around him. We know from scientific evidence just how powerful a smile can be. In the early days of Islam there were no articles or books to read.

The companions emulated their dear friend and Prophet knowing that his way of acting on every matter was the way approved of by God. Did they realize just how beneficial smiling was, almost certainly not, but I am sure happiness washed over them and improved their health and demeanor every time Prophet Muhammad smiled at them.

Prophet Muhammad helped the needy and the poor and went to the houses of the sick to enquire after their health and whenever he met or passed by anyone he said “Assalamo Alaikum” with a smile upon his face.