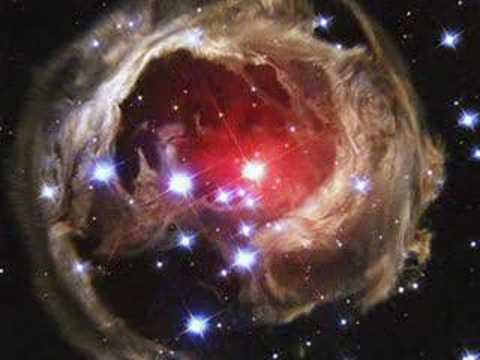 [Editor’s note: A number of works have been authored concerning this topic or discussing this topic amongst them are: ibn Taymiyyah, Al-Jawab as-Sahih li man Baddala Din al-Masih; what was mentioned by ibn Kathir, Tarikh and adh-Dhahabi, Tarikh al-Islam; ibn Hajr, Fathul-Bari [6/582]

Refer also to Khayru-d-Din Wanili, Mu`jazat al-Mustapha [3rd ed., Maktabah as-Sawadi, Jeddah]. Consult this for the evidences for what is mentioned in this chapter.]

The Messenger of Allah possesses many manifest miracles and signs demonstrating [his veracity], reaching thousands and they are well known.

From amongst them was the Qur’an, the manifest and clear miracle and brilliant proof, falsehood cannot approach it from before it or behind it. It is a revelation from One Who is All-Wise and Praiseworthy. It incapacitated the most eloquent of people in the most eloquent of times to produce a single chapter that would be comparable to it, even if the whole of creation were to gather for that purpose. Allah, the Exalted says,

As for the other miracles, it is not possible to enumerate them all due to their huge number and renewing and increasing nature. However, I will mention some examples:

The splitting of the moon, water flowing from between his fingers, increasing the quantity of food and water, the glorification of the food, the palm tree yearning for him, stones greeting him, the talking of the poisoned leg [of roasted sheep], trees walking towards him, two trees that were far apart coming together and then parting again, the barren [and therefore dry] sheep giving milk, his returning the eye of Qatidah bin an-Nu`man to its place with his hand after it had slipped out, his spitting lightly into the eye of Ali when it had become inflamed and its being cured almost immediately, his wiping the leg of `Abdullah bin `Atiq whereupon he was immediately cured.

His informing of the places of death of the Day of Badr saying, ‘this is the place of such polytheists on the and-such a person.’ His informing of his killing Ubayy bin Khalaf, that a group of his nation would traverse an ocean and Umm Haram would be amongst them and this occurred. That all that was drawn together for him of the ends of the earth and displayed to him would be opened for his nation, that the treasures of the Chosroes would be spent by his nation in the Way of Allah, the Mighty and Magnificent. That he feared for his nation that they would be tempted by the wealth and allurement of this world and that the treasures of the Persians and Romans would be ours and that Suraqah bin Malik would wear the trousers of Chosroes.

That the Muslims would fight the Turks who were described as having small eyes, wide faces and small, chiselled noses and that Yemen, Syria and Iraq would be conquered by the Muslims.

He informed us that the Muslims would comprise three armies, an army in Syria, and army in Yemen and an army in Iraq. That they would conquer Egypt, a land whose [unit of land measurement] was the Qirat, that they should deal with their people well for they have protection [being Copts] and ties of kinship [through Hajar]. That Awais al-Qarni would come to you from the auxiliaries of Yemen, he would be afflicted with leprosy and it would be healed except for the space of a dirham, and he indeed arrived during the rule of `Umar.

He informed us that a group of his nation would always be upon the truth and that mankind would become many in number and that the Ansar would diminish in number and that the Ansar would not be given their due [with regards distribution of wealth and leadership]. That mankind would keep on asking questions until they would say, “Allah created the creation…” [Referring to the hadeeth, “the people would continue asking until they say, ‘this is Allah Who created everything…but who created Allah?'” (al-Bukhari and Muslim)]

He informed us that Ruwayfi` bin Thabit would live a long life, that Ammar bin Yasir would be killed by the transgressing group, that this nations shall divide into sects and that they would fight each other.

He informed us that a fire would emanate from the land of Hijaz and the likes of this. All of this occurred exactly as he (sallallahu `alayhe wa sallam) said it would.

He said to Thabit bin Qays, “You will live being praised… and you will die as a martyr”, and he lived being praised and was martyred at al-Yamamah. He said to `Uthman, “He would be afflicted by a severe trial.” [The meaning of severe trial is his being imprisoned in his house and his being killed by the transgressors.]

He said to `Ali, az-Zubair and al-Miqdad, “Go to the garden of Khakh for indeed there is Dha`inah” who has a book with her. [Dha`inah is the woman with whom Hasib al-Balta`ah (radhiAllahu `anhu) sent a letter to the people of Mecca in order to inform them of the plans of the Messenger of Allah (sallallahu `alayhe wa sallam) to fight them. It was concerning this that the first verses of Surah Mumtahinah were revealed.

They found her there but she initially denied having the book and then took it out from within her braids.

He said to ‘Abdullah bin Sallam, “You will remain upon Islam until you die.”

He (sallallahu `alayhe wa sallam) supplicated for Anas that his wealth and sons increase and that he should live a long life and it was so. He lived for more than one hundred years and not one of the Ansar was richer than he and one hundred and twenty of his children had already been buried before the arrival of al-Hajjaj [to Basrah]. This is detailed further in Sahih Bukhari and others. [Bukhari no. 1982]

He supplicated that Islam be strengthened through ‘Umar bin al-Khattab or Abu Jahl, and Allah strengthened it through `Umar (radiyAllahu `anhu). He supplicated against Suraqah bin Malik and the feet of his horse sank into the earth and he was thrown off, he called out asking for safe conduct and was granted it, then he asked the Prophet to make a supplication for him.

He supplicated that Allah remove feeling the bitter cold and heat from `Ali and so never did he feel cold or hot. He supplicated for Hudhayfah, the night that he sent him to spy on the Confederates, that he not feel the cold and he did not until he had returned. He supplicated for ibn `Abbas that Allah grant him understanding of the religion and it was so. He supplicated against `Utbah bin Abi Lahb… that Allah cause a dog from amongst his dogs to overcome him and he was killed by a lion at az-Zarqa`. [This is how it is in all of the printed editions; perhaps the author means `Utaybah bin Abi Lahb for this description fits him. As for `Utbah, he accepted Islaam in the year of the Conquest of Mecca.]

He supplicated for the descent of rain when they asked him to at the time of drought. There was not a single cloud in the sky, and then when he had supplicated, the clouds gathered like mountains and it rained until the next Friday. It rained so much that they had to come back and ask him to supplicate and stop the rain, so he supplicated and the rain stopped and they walked out into the glaring sun.

He (sallallahu `alayhi wa sallam) supplicated for Abu Talhah and his wife, Umm. Sulaym, that he bless them in the night they had spent together and she became pregnant and gave birth to `Abdullah. He had nine children and all of them were scholars.

He supplicated for the mother of Aba Hurayrah (radhi Allahu `anhu) that she be guided and Aba Hurayrah left to find her performing the ritual bath because she had accepted Islam. He supplicated for Umm Qays bint Muhsin, the sister of `Ukkasha, that she live a long life and we do not know of another woman who lived as long as she did. This was reported by an-Nasa’i the chapter concerning washing the deceased.

On the Day of Hunain he threw a handful of dirt at the disbelievers and said, “May the faces be disfigured”, and Allah, the Exalted, vanquished them, filling their eyes with dirt. He once went out to one hundred of the Quraysh who were waiting to do something horrible to him and he put dirt on their head and went on his way without their seeing him.