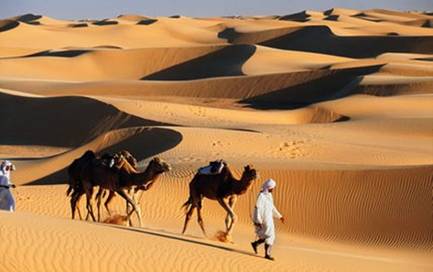 All praise be to Allah the Almighty, Lord of the Universe, Who honored and praised His last Prophet and Messenger Muhammad, saying: “Verily you have the great manners (morals).” (Qur’an, Al-Qalam: 4)
Peace and prayers flow to our beloved Prophet Muhammad (peace be upon him), his honorable family and all his Companions, up to the Day of Judgment, Ameen.
I think that it is of vital importance for all of us and especially for our young people and children to know about the very high rank of our Prophet whose birth and advent was a gift from Allah and a mercy to all mankind. Hence, it is important that, on the occasion of his birthday, we should pause to reflect on his Sirah (biography) and tell miracles that took place during and after his birth.
It is a known fact that in Islam there are only two Eids (feasts). These are, namely, Eid Al-Fitr and Eid Al-Adha. But, other Islamic functions such as the mawlid (birthday) of our Holy Prophet, the Prophetic Hijrah (emigration) from Makkah to Madinah, which marked the beginning of a new history of man, the emergence of a new super force, state and community (Ummah), as well as the Prophet’s Isra’a (night journey) from the Sacred Mosque to the Farthest One, are all occasions of great importance for Muslims all over the world. We need to remember and commemorate all these occasions, which remind us of the greatness and high-ranking of our beloved Prophet. When I talk about commemorating these events, this should not be understood that we call on Muslims to turn them into Eids or festivals that involve wrongful practices, which are common in some places in both Muslim and non-Muslim countries.
But, it is also true that we are living at a time when the enemies of Islam are using every possible means to destroy and conquer the Ummah of the Prophet from within and without, with no sign of mercy or conscience, and that there are very few believers, in fact, who are able to confront them. This may be because we have reached a time of a new jahiliyah (period of darkness and ignorance), among both Muslims and non-Muslims, so much that the truth has become a commodity. It is obvious that those who have power in their hands claim that they have the right to defend the truth, in the form they like it to be, propagate and market it. Thus, the truth itself has become a trademark or a fabricated commodity, and one of their innocent victims.
The blood of Muslims in Palestine, Iraq, Afghanistan, Lebanon, Somalia, Pakistan and elsewhere has become cheap to the extent it is not even worth talking about or caring about. As a result, the dignity, sacred symbols and divine values of Muslims have become the main target and the shortest way to name and fame. The Danish cartoons and movie that were designed to defame our Holy Prophet, the recent show on Israeli Channel 10, which included direct insults on both Prophet Muhammad and Jesus Christ (peace be upon them) are but a few examples of the ongoing vigorous campaign against Islam and Muslims.
Hence, it is our duty to make use of every opportunity to show our deep love and veneration for our Holy Prophet, who stands very high and above all in the hearts of believers and those who love the truth. The enemies of Islam should know that any attack on our Prophet will never be acceptable to Muslims and that they will pay for it a very high price.
It is very important for us now to take every occasion to aggrandize our beloved Prophet, speak out to Muslims and non-Muslims about his merits, teachings and judgments on every aspect of life, and tell about the miraculous signs that accompanied his birth. Furthermore, we should take the opportunity of the mawlid to make it clear to all peoples that the religion of Ibrahim, Noah, Jacob, Moses, Sulayman, Dawood, Jesus and Muhammad (peace be upon them all) is one and the same. That Islam is the universal religion for all mankind and that it stands for peace, love, brotherhood, equality, justice and tolerance. We also need to make it clear that the cause of Islam has nothing to do with violence and terrorism; that it is the identity of all lovers of truth, East and West; and that the truth in Islam never changes for the sake of politics, or to suit the purposes of anyone.
For all these reasons, I think celebrating the mawlid of our Prophet, if observed without any sinful practices, is a good innovation (bida’a hasanah) as long as it comes out of good intention (husn al-maqsad), Allah knows best.