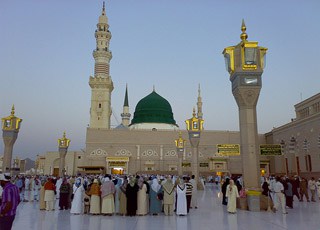 A major part of the Prophet’s mission was to bring peace to the world. One of the ways in which he strove towards this end was to attempt to convince people that all men and women, albeit inhabiting very different regions of the world, and different from one another in color, culture and language, et cetera, were in fact blood brothers and sisters. His message was crucial, for a proper relationship of love and respect can be established only if that is how human beings regard one another. To inculcate such feelings, the Prophet would preach to his followers, “You are all Adam’s offspring and Adam was made of clay.” And in his prayers to his Creator, he said, “O Lord, all Your servants are brothers.”
The Prophet would exhort his followers to live in peace with their fellow men, saying, “A true believer is one with whom others feel secure,” one who returns love for hatred. He used to teach the believers that anyone who would return love only when love was given belonged on a lower ethical plane. The true believer never reasons that only if people treat him well that he will treat them well in return. He is accustomed rather to doing good to those who mistreat him, and to refrain from harming those who do him injury. The Prophet himself set the example. All his recorded words and actions reveal him as a man of great gentleness, kindness, humility, good humor and excellent common sense, with a great love for all people and even for animals.

Despite his position as leader, the Prophet never believed himself to be greater or better than other people. He never made others feel small, unwanted or embarrassed. He urged his followers to behave kindly and humbly, releasing slaves whenever possible, and giving in charity — especially to very poor people, orphans and prisoners — without any thought of reward.
He told the people that “every religion has some special characteristic, that of Islam being modesty.” In the absence of such a virtue, no community can have lasting peace. The Prophet’s own modesty, coupled with great strength of character, is depicted in a well-known story of an old Makkan woman who hated the Prophet. Every morning when the Prophet passed by her house, she would empty a basket of rubbish on his head from the upper story of her house. He never once remonstrated with her about this. One day, when the Prophet passed through this area, no rubbish fell on his head. Thinking that the old woman must be ill, he went upstairs to inquire how she was, and found her ill in bed. When she discovered that the Prophet had come to see her, she began to weep, “I ill-treated you, and now you come to inquire after my health!” Ultimately, she became one of his followers. What strength of character, what patience and tolerance the Prophet evinced in refusing to be provoked, preferring rather to show kindness and magnanimity to one who had wished hi 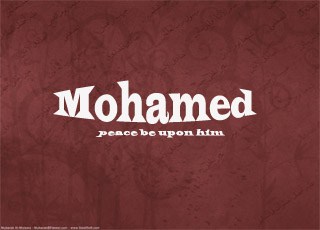 m ill.
His was a high moral character, so that even if badly treated by others, he went on returning good for evil. People harmed him, yet he would pray for them. He would remain patient in the face of oppression and, regardless of the provocation, he would refrain from becoming incensed. In setting this example, his aim was to fashion souls that were God-oriented, that found Allah so great that everything else paled into insignificance. He wanted everyone to have such boundless peace of mind that nothing could disturb him. Such balanced individuals would never then become prey to worldliness. Totally free from negative reaction, they would then be able to turn everything in this world, whether material or spiritual, into food for more profound thought, rather than into pretexts for rash and vengeful action.
The essence of this philosophy is expressed in one of the Prophet’s sayings: “Nine things the Lord has commanded me: Fear of Allah in private and in public; justness, whether in anger or in calmness; moderation in both poverty and affluence; that I should join hands with those who break away from me; and give to those who deprive me; and forgive those who wrong me; and that my silence should be meditation; and my words be remembrance of Allah; and my vision be keen observation.”
Throughout the first thirteen years of his Mission, Prophet Muhammad preached in Makkah, but it was in the face of bitter opposition from the Makkans. When it became impossible for him to stay there, he left for Madinah. Wars were waged against him, but he showed his antagonists that the power of peace was far greater than that of war. The peace treaty of al-Hudaybiyyah is a clear example of this, when the Prophet agreed to every demand his antagonists made on the sole assurance that peace would subsequently prevail.
His life’s experience ranged from penury to prosperity, from defeat to success, yet whatever the degree of well-being or hardship, he steadfastly trod the path of moderation. At all times and right till the end, he remained a patient and grateful servant of the Almighty, bringing his message of peace and tolerance to mankind.