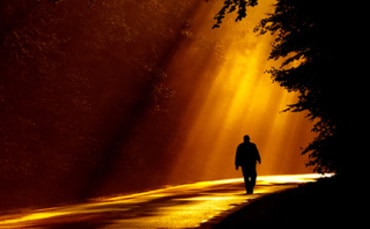 ‘Abdul Muttalib, chieftain of the Quraysh, had ten sons who were all worthy and outstanding, but ‘Abdullah was the noblest and most prominent among them. ‘Abdul Muttalib wedded his son to Amina, the daughter of Wahb Ibn ‘Abdu Munaf, who was the leading man of Bani Zuhra. She (Amina) was the most excellent woman among the Quraysh in birth and stature at that time. (Ibn Hisham, Vol. I, p. 110)

Muhammed’s father `Abdullah died before Muhammad was born. The Prophet peace be and blessings upon him was born on Monday, the 12th of Rabi’ul Awwal in the Year of the Elephant. Certainly, it was the most auspicious day in the history of mankind. Muhammad was the son of ‘Abdullah Ibn ‘Abdul Muttalib, Ibn Hashim, Ibn ‘Abdul Munaf, Ibn Qusayy, Ibn Kilab, Ibn Murra, Ibn Ka’b Ibn Lu’ayy, Ibn Ghalib, Ibn Fihr, Ibn Malik, Ibn al’Nadr, Ibn Kinana, Ibn Khusayma, Ibn Mudrika, Ibn Ilyas, Ibn Mudar Ibn Nizar Ibn Ma’add, Ibn ‘Adnan. The parentage of ‘Adnan is further traced to Ismail the son of Ibrahim by Arab genealogists. After the birth of Muhammad, Amina sent someone to inform his grandfather. He came, looked at the baby lovingly and took him to the Ka’bah where he praised Allah and prayed for the infant. Abdul Muttalib then gave him the name Muhammad, which means, ‘He who is praised’. The Arabs were surprised at the unfamiliar name given to the newborn babe by ‘Abdul Muttalib. (Ibn Hisham, pp. 159’60).

Thuwaybah, a bondwoman of the Prophet’s uncle Abu Lahab, suckled him momentarily for a few days while ‘Abdul Muttalib continued to look for a wet’nurse to nurture his favorite grandson. It was customary in Makkah to place the suckling babies under the care of a desert tribeswoman, where the child grows up in the free, chivalrous air away from the cramp, contaminating atmosphere of the city, and learn the wholesome ways of the Bedouins. Those were the days when the chaste, unaffected and natural expression of the desert people was considered as the finest model of grace and elegance of the Arabic language. Together with the milk of a Bedouin woman, the babies imbibed the fluent language that flew across the desert. The people from the tribe of Bani S’ad were known for the gracefulness of their speech. Halima S’adiya, a member of this tribe, ultimately came to have the precious baby under her wings. This was a year of famine wherein Bani S’ad had been rendered miserable. The tribe came to Makkah to look for children to be suckled, but no woman to whom the Prophet of God peace be and blessings upon him was offered, agreed to take the child because none expected a goodly return for nurturing or nursing an infant whose father was already dead. They said, “An orphan! What will his mother and grandfather give in return?” At first, Halima also declined the offer but suddenly she felt a craving for the baby. She had also failed to get a charge for her and, therefore, before going back home, she returned and finally took the baby back with her.

Halima found before long that her household was blest with luck, her breasts overflowed with milk, the udders of her she’camel were full and everything seemed to bring forth happiness. The women of Halima’s tribe now spread out the rumor: “Halima, you have certainly got a blessed child.” They began to feel envious of her already. Halima weaned the baby when he was two years old, for it is customary upon the foster-children to return to their respective families at such an age. Besides, the boy was also developing faster than the other children, and by the time he was two, he was already a well-grown child. Thus, Halima brought the Prophet of God peace be and blessings upon him back to Amina but begged her to be allowed to keep the boy for some extended time as he had brought her luck. Amina agreed and allowed Halima to take Muhammad back with her.

Some months after his return to Bani S’ad, two angels seized the Prophet of God, peace be and blessings upon him, opened up his chest and extracted a black drop from it. Then they thoroughly cleaned his heart and healed the wound after putting his heart back in its place. Muhammad, peace be and blessings upon him, tended the lambs with his foster brothers in the boundless wilderness of the desert, far away from the pretensions, hypocrisy, pomp and pride of the city, rendering his thoughts dry and clear like the desert air. His life was as simple as the sand and he learned to endure with the hardships and dangers of the wilderness. And with the people of Bani S’ad, his ears became accustomed to the rhetoric and eloquence of the pure and classical language of the Bedouins. The Prophet, peace be and blessings upon him, often used to tell his companions: «I am the most Arab of you all for I am of Quraysh origin and I was suckled among Bani S’ad Ibn Bakr.» (Ibn Hisham, Vol. I, 167).