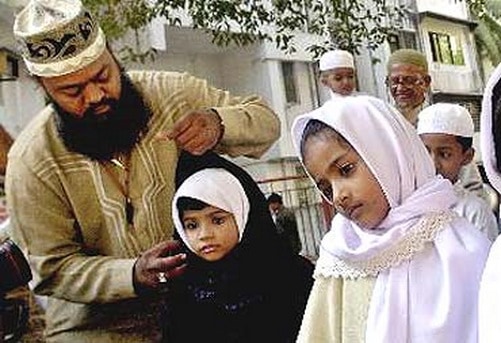 The heavens and Earth are established in justice. Allah, in his wisdom and knowledge, governs all of creation in justice. Everything seen and unseen emanates from His justice. Allah alone is absolutely and perfectly just. Justice is one of Allah’s eternal divine attributes.

When Allah attributes justice to Himself, He is simultaneously negating oppression. Indeed, Allah has forbidden oppression and injustice upon Himself.

Allah says in the Qur’ân, while speaking about the day of Judgment: “ This day every soul shall be rewarded for what it has earned; no injustice (shall be done) this day; surely Allah is quick in reckoning.” [ Sûrah Ghâfir: 17]

Likewise, the Prophet (peace be upon him) relates that Allah said: “O my servants! I have forbidden myself from ever engaging in injustice and have forbidden you to be unjust among yourselves. So never act unjustly or oppress one another.” [Sahîh Muslim (4674)]

Justice is a prerequisite of piety. No one can be truly God-fearing without being just. No believer can be said to have true certainty of faith until he or she aims to be just in every aspect of his or her life: with Allah and with all humanity, and in every dealing and transaction.

Someone who does not aim to be just can never be ranked among the pious. Allah says: “O you who believe! Stand out firmly for Allah as witnesses to fair dealing, and let not the hatred of others to you make you swerve to wrong and depart from justice. Be just: that is next to piety: and fear Allah. For Allah is well acquainted with all that you do.” [ Sûrah al-Mâ’idah: 8]

All people – regardless of their cultural backgrounds and regardless of their religious beliefs – love and revere justice. Even people who engage in injustice in their lives are enamored of the concept and respond positively in their hearts whenever they hear the word “justice” being mentioned. This is because we as human beings have an instinctive love for justice, and this remains in our hearts regardless of our circumstances.

Some people strive to be just, but unfortunately miss the mark. This is because they either do not understand some aspects of what it means to act justly or they allow their judgment to be influenced by their sentiments and base desires. This makes them see their deeds as proper when in reality they are behaving unjustly.

We quite often see a pattern among people who strive to be just. When we see them in their public lives, they are scrupulous in their dealings, never giving short measure or taking what they do not deserve. They are fair in their dealings with their colleagues, their customers, their superiors, and their subordinates. However, when we look at how they are with their families, the picture is strikingly different.

Such a person is in grave danger, since he or she fancies himself or herself to be a just and upright person. All the while, this person is in danger of being resurrected in the Hereafter in a twisted and unbalanced state. This fate could be avoided if he or she only know how to act justly at home as well as in public.

Nothing can be more unjust than being unfair between our children in our gifts, in the kindness that we show them, and in the support that we give them. Consider the following account related in Sahîh al-Bukhârî (2456) and Sahîh Muslim (3056):

So the Prophet (peace be upon him) said: “I do not act as a witness for injustice.”

Upon hearing this, Bashîr revoked his gift.

In this hadîth, we see that the Prophet (peace be upon him) declared it an act of injustice to favor some of our children with gifts more gifts than we give to our other children.

The Pious Predecessors were very careful about this matter. Some of them would even be careful when it came to kissing their children to make sure to kiss them all, so as not to allow jealousy or envy to creep into their children’s hearts. Or this reason, they were able to maintain harmony in their homes and as a consequence bring about a community life where love and affection were widespread.

Parents need to support one another in achieving this goal. In the story of Bashîr b. Sa`d related above, it was Bashîr’s wife who insisted that he had the Prophet (peace be upon him) act as witness to the substantial gift that Bashîr wished to give to al-Nu`mân. As al-Nu`mân’s mother, she doubted whether her husband was acting properly by favoring that one son with such a gift, and she was concerned that her son should not receive anything except what was good and wholesome for him. In this way, she helped her husband in the proper upbringing of their son.

Likewise, brothers and sisters need to show justice towards each other. This is especially the case with older siblings towards younger ones, and it becomes vital when an older sibling becomes the primary supporter or caregiver, as is often the case when a parent dies.

It is important to mention that justice does not always mean absolute equality in spending. The needs of each child must be taken into careful consideration. For instance, a student in college obviously needs more financial support for his or her education than one in high school. The high school student , in turn, will need more than a child attending elementary school or kindergarten. The toy that we buy for a two-year-old will usually not be as expensive as the toy we buy for a ten year old. When we buy gold jewelry for our daughters, we will have to buy something different for our sons who are not allowed by Islam to wear gold. In short, we must provide each child according to his or her needs at the time without any unfairness. In the event that their needs are the same, then they will be given equally.