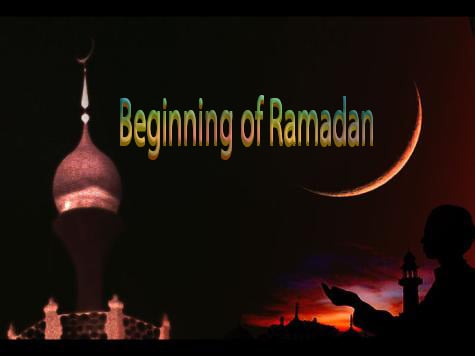 All perfect praise be to Allah, The Lord of the Worlds. I testify that there is none worthy of worship except Allah, and that Muhammad is His slave and Messenger, may Allah exalt his mention as well as that of his family and all his companions.

The reason all Muslims do not fast or break the fast on the same day is due to the difference of opinion among the scholars in considering the different times of crescent rising from one country to another.  They differ also about whether or not the month could be determined astronomically.

The Muslim scholars differed about the sighting of the crescent, i.e. if it is seen in one Muslim country, are all the Muslims obliged to fast and break the fast by this sighting, or is it that every country or those countries must have their own sighting of crescent rising?

The majority of scholars of the Hanafi, Maliki and Hanbali schools are of the opinion that everybody has to adhere to the sighting if this is confirmed.

In another narration that explains the above mentioned one, he said: “If you are unable to see the moon because of clouds, then count 30 days.” [Muslim]

Imam Ash-Shafi’ee and some other Muslim scholars say that there is a difference in the rising of the crescent from one country to another. This was the opinion of Ibn Abbas who said: “This was the order of the Prophet .” [Muslim]

Among the reasons the Muslims differ regarding the beginning of Ramadan and its end (fasting and breaking the fast) is that some Muslim scholars determine the month by astronomical measurements supporting their opinion with the saying of the Prophet : “You have to estimate it.”  They understand it as calculating the places of the rising and setting of the crescent.

However, some Muslim scholars are of the opinion that the difference of the rising of the moon from one country to another has its own consideration and that the month of Ramadan is not determined by astronomical calculations.

The Fatwa Center at Islamweb