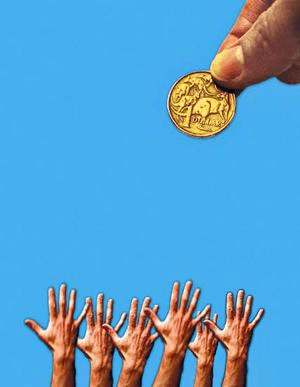 Ihsaan[1] means striving to reach the best standards of performance in any circumstances or situations. It represents excellence, graciousness and benevolence. While ‘Adl (fairness and justice) requires satisfactory performance of one’s obligations to others and fulfilling the rights of others on oneself, Ihsaan suggests doing more than that which a person is obligated to do and giving more to others than what they are entitled to. Thus, while ‘Adl ensures peace and security of human society, Ihsaan makes it loving and caring and adds beauty to it. It is the single most distinguishing feature that raises a human society above any other creations of Allaah Subhaanahu wa Ta`aala and makes Allaah proud of humanity. That is why Allaah SWT has mentioned the following in five different verses of the Holy Qur-aan:
“ Allaah loves those who practice Ihsaan.” (Al-Baqarah 2:195; Aali Imraan 3:134, 148; Al-Maaidah 5:13, 93)

Like ‘Adl, Ihsaan is a comprehensive concept that covers all human affairs whether it is  about one’s relationship with Allaah, interactions with people or fulfilling social obligations. When it is applied to one’s relationship with Allaah, it represents excellence in servitude to Allaah so that a person performs his servitude to Allaah as if Allaah is right in front of him keenly observing his performance. Naturally, when we perform in this world with a consciousness that we are being observed by Allaah SWT, our performance is going to be the most sincere and the most excellent just as people perform better when they are being watched by those in whose good books they want to be in e.g. a supervisor or best friend.

When The Messenger of Allaah, Sall Allaahu `alayhi wa sallam was asked what is Ihsaan, he responded:

“ You fear Allaah as if you are seeing Him, because if you cannot see Him, He is watching you.” (Reported by Aboo Hurairah in Bukhaaree and Muslim)

When it is about people, it represents benevolence towards people and graciousness in dealings. The most important is this respect is Ihsaan towards one’s parents.

“ We have enjoined on man to behave with his parents with Ihsaan.” (Al-Ahqaaf 46:15)

While dealing with other people, the most important aspects of Ihsaan are giving, patience and forgiveness:

“ Those who spend (in the way of Allaah) in prosperity and in adversity, who repress their anger and who forgive people; and Allaah loves Muhsineen (those who practice Ihsaan).” (Aali Imraan 3:134)

“ So, forgive them and overlook (their offensive behaviour), verily, Allaah loves Muhsineen.” (Al-Maaidah 5:13)

“ Indeed, who maintains Taqwa and remains patient and steadfast, Allaah does not let those who practice Ihsaan lose their reward.” (Yousuf 12:90)

It applies to what we say as well:

“ And say to my slaves that they should utter only what is the best.” (Banee Israaeel 17:53)

Once the Messenger of Allaah, Sall Allaahu `alayhi wa sallam asked his companions:

“ Should I guide you to the qualities, because of which, Allaah raises people’s ranks?” On affirmative response, he said, “Be patient (forbearing) with him who treats you ignorantly; forgive him who is unfair to you; give him who deprives you; and, fulfill social obligations to the relative who is delinquent in doing his part.” (Reported from ‘Ubaadah Ibn Saamit in Targheeb n Tarheeb With reference to At-Tabaraani)

The same message was conveyed, among other things, in the following Hadeeth. The Messenger of Allaah said, “ My Lord has commanded me nine qualities:

1. Fearing Allaah both secretly and openly;
2. Saying only the words of justice both when angry and when happy;
3. Maintaining moderation both during poverty and affluence;
4. Making up (social obligations and relationships) with a relative who shirks his obligation to me or breaks away from me;
5. Giving even to the person who deprives me;
6. Forgiving him who is unjust to me;
7. Reflecting when I am quiet; remembering Allaah when I speak; and, learning lessons from what I see,
8. Enjoining good; and,
9. Forbidding evil.” 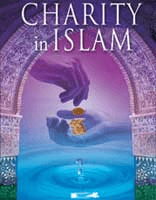 Normally, responding to negative behaviour in the best manner and practising Ihsaan consistently as mentioned in the verses and Ahaadeeth given above, results in winning the hearts of those who are treated with Ihsaan. So much so that it has the potential of converting enemies into loving friends, as stated in the following verse:

“ Good and evil are not equal. Respond in a way that is the best. Then, he between whom and you was enmity will become as if he was a close friend.” (Fussilat 41:34)

Sometimes, however, a person practising Ihsaan may not individually witness the benefits of his best practices. In such situations, a sincere believer may feel discouraged, used, or broken hearted. Allaah Subhaanahu wa Ta`aala assures them that:

“ We do not let the reward of one who performs in the most excellent manner be lost.” (Al-Kahf 18:30)

“ Yes indeed, who turns his face submissively toward Allaah and he practices excellence (Ihsaan), his reward is with his Lord.” (Al-Baqarah 2:112)

And the rewards Allaah has promised to those who practice Ihsaan are also the best. For example:

“ Is the reward for excellence other than excellent.” (Ar-Rahmaan 55:60)

“ For those who perform excellently is the best (reward) and even more.” (Yoonus 10:26)

Hence, Allaah expects us to perform in the best possible way that we can:

“ Who can be better in deen than him who turns to Allaah in submission and practices Ihsaan.” (An-Nisaa 4:125)

[1] The Urdu speaking readers please note that Ihsaan in Islamic terminology is not the same Ihsaan that is used in Urdu. The Arabic word for Urdu Ihsaan is ‘Mann’. Ihsaan in Arabic means excellence, graciousness, generosity and doing better than expected.