(ii) All His Attributes,

(vi) Veracity of things brought by the Holy Prophet from Allah, and

(vii) Affirmation in words of all the above things. This affirmation or assertion is the essence of Iman. But the condition for affirmation is waived in special circumstances and situations. For example, the Faith of a dumb person is valid even though he is unable to give it expression in words.

Q. What do we mean by noble deeds?

Ans. All the modes of worship and good practices taught to us by Allah and His Messengers are to be taken as noble deeds.

Q. Are the modes of worship and noble deeds also part of Faith?

Ans. Yes, Faith in its entirety includes noble deeds. These noble acts give light and perfection to one’s Faith which remains incomplete without them.

Q. What do we mean by worship?

Ans. To worship means to offer one’s servitude. One who offers servitude is a worshipper mid the one served is the object of worship. There is only one Being worthy of worship for all of us He is Allah who created us and the universe. We are all His servants. He has ordained us to worship Him. It is, thus, our duty to offer our worships to him.

Q. What sections of Allah’s creation have been ordained to worship? 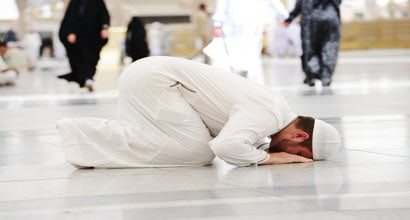 Ans. Human beings and Jennies have been commanded to offer their worships.  These two are known as mukallaf (answerable). Angels and the rest of animate creatures are not answerable in respect of worship to Allah.

Q. Who are Jennies?

Ans. Jennies are also among the major creations of Allah, They are made of fire. Their bodies are so fine as to be invisible. But they become visible should they choose to take the form of man or animal. God has invested them with power to assume the form of an animal or a human being. They are both male and female. They procreate too.

Q. What is the proper way of worship?

Ans. Worship can take several forms, such as:

(vi) Retiring to mosques in I’tikaf,

(vii) Exhorting people to do good,

(viii) Forbidding them to do evil,

(ix) Giving respect and regard to one’s parents, teachers and elders,

(xii) Imparting religious knowledge and education to others,

(xiv) Helping those who would study religion,

(xvi) Attending to the needs of the poor,

Doing such other acts as Allah commands and approves of also fall within the precincts of worship. These very acts and practices are known as “noble deeds”.