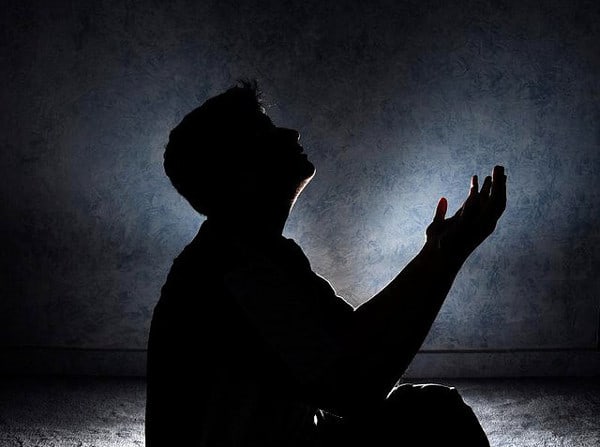 By accepting that the authority of forgiveness lies exclusively in the hands of God, the human mind is also liberated from any superstition or strange ideas about how to remit for those sins committed. As we indicated earlier, the Islamic way of remission is sincerity, stopping what was being done that was wrong and immoral, and turning back to God in repentance and sincerity.

It also avoids the tendency that humans have in deifying other human beings in the hopes that those might take care of their sins. As we mentioned before, this tendency was not specific to one case or other. There have been so many cases throughout history where people were believed to be deities or manifestations or incarnations of deities. Even though those individuals themselves have emphatically denied this and never claimed that they were anything more than sincere human beings.

There were cases, throughout history, where people took the power unto themselves to grant forgiveness to people. You’d have to pay a certain amount of money and you get a document that says that your sins have been forgiven. Islam insists that forgiveness only lies in the hands of God. That is one of the reasons why, in a way, Islam doesn’t accept the concept of priesthood as it is looked upon in the west. You can be a religious scholar but not a priest in the terminological sense.

Finally, the belief in the forgiveness of God as the final authority, leads the person to gain a sense of responsibility and accountability. You do not depend on the mindset that someone else will be taking care of your sins. No, you are accountable, individually, before God and as such you have this sense of trying your best in following His command.

You could say that mercy relates to forgiveness, but we’ll add a few more points. Mercy also relates to inculcating the attitude of gratefulness to God. That is we don’t take all the blessings and bounties that God has given us for granted. We know that they are manifestations of His mercy. Even the glass of water that we drink, even the smell of fresh air that is around us, we should always remember and think that these are all manifestations of the mercy of God. (Read more: My Five F’s (+1) for Fulfillment)

In case the person faces and problems or difficulties in his life, he should never feel broken hearted or feel despair because, as the Quran says, one should never despair from the mercy of God. In fact, the Quran says, “Despair not of the Mercy of God, for God forgives all sins: for He is Oft-Forgiving, Most Merciful.” (39: 53)

Absolute Will and Power of God

Realizing that all power belongs only in the hands of God removes any servitude to any other human being; servitude that we might have to other people because we have hope that they may benefit us. The Quran says the benefit only comes from God and not other human beings.

It, also, removes this servitude towards other human beings in a sense of fear for themselves. That is why we find prophets and other deeply religious individuals throughout history standing in the face of all adversity with great deal of courage in saying the truth, not to satisfy anyone but only because the truth must be said.

It removes the excessive or undue anxiety that people might have about what is happening to them or what will happen to them. The Quran says that nothing will happen to us but what God has destined us to go through. No one will live for one moment more or less than what has been decided for him.

Furthermore, it causes us to be more humble, realizing that all power is in the hands of God and so whatever we have by way of wealth, position, or whatever we should be humble because we know that God can take it all away at any moment. Therefore, we don’t exploit people. We don’t use this power or wealth or influence for our own benefit. We realize that there is a purpose to serve by having all this.

Even in the area of political life and government, we realize again that ultimate authority lies with God and as such all other human beings are equal in His sight and their affair should be decided by mutual consultation. (Click here to learn more about the concept of consultation in Islam.)

Aside from the various passages in the Quran, which I quoted before saying God is closer to man than his jugular vein, that God is close to anyone who prays to Him, and that in Islam there are no intermediaries between humans and God and so in the five daily prayers you pray and communicate directly with God. This is the most noble, close, and direct personal relationship that you could have with the Creator.

In addition to this, this kind of experience or concept gives the person the chance to have the spiritual experience of direct contact with God that would inevitably lead to the feeling of peace of mind and peace of heart, which is the most valuable thing that anyone could attain in this life. Big car and big houses and lots of money and jobs with high salary are all superficial. The real value in life is to obtain this inner peace in the heart and mind. (Find out ways to have a Spiritual Awakening.)

To conclude, the Quran says:

“It is He Who sent down tranquility into the hearts of the Believers, that they may add faith to their faith.” (48:4)