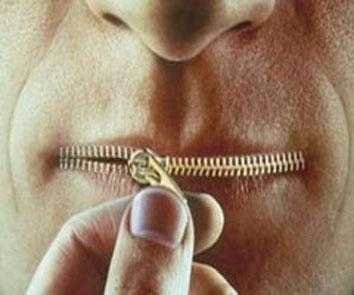 Out of the several ways people harm each other, the harms of the tongue are the most widespread. Harming others by one’s tongue is a heinous act that can only be committed by evil people or those who have given in to the evil whispers of Satan.

Some of the evils of the tongue that we have been warned against in the Quran and Sunnah (Prophetic tradition) are as follows:

It was defined by the Prophet, , as: “Mentioning your brother in his absence with that which he hates.” [Muslim]. It is one of the major great sins, Allaah The Almighty Says (what means): {“O you who believe! Avoid much suspicion; indeed some suspicions are sins. And spy not, neither backbite one another. Would one of you like to eat the flesh of his dead brother You would hate it (so hate backbiting).”}[Quran, 49: 12]. It is not only an action performed by the tongue, but it could be an indication of the eye or any signal or gesture which indicates mockery without the person noticing.

There are many reasons behind such an evil deed like satisfying one’s hatred towards others, envy, arrogance, heedlessness, and forgetting that Allah The Almighty is an Ever Watcher over us.

The cure for the evil habit of backbiting is for the perpetrator to know that he is subject to the wrath of Allaah The Almighty; his rewards will vanish as a result of backbiting, because it goes to the one he transgressed against. He should think about his own shortcomings and faults, and busy himself in reforming them. He should not do what he would hate others to do against him, and he should spend his time fruitfully engaged in acts of obedience. He should regret acts of backbiting that he may have done before and repent to Allaah The Almighty sincerely.

This is conveying what people say about one another with the intention of causing corruption between people; it causes ties between kinship to break and spreads people’s secrets. Allaah The Almighty Says (what means): {“A slanderer, going about with calumnies.”}[Quran, 68: 11].The Prophet, , said: “No talebearer will ever enter into Paradise”. 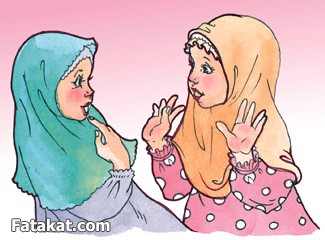 This harms others and it is a form of transgressing against people’s rights. The Prophet, , said: “If a man tells something, then starts looking around (to make sure no one can hear him), his speech will be a trust (in confidence).”[Abu Daawood].

This is one of the great major sins, as the Prophet,  said: “Shall I tell you about the most grievous kinds of major sins?” It was said, “Yes, Messenger of Allah.” He said: “Associating deities with Allah in worship, unkind treatment to parents, (he sat erect after he had been reclining) and false testimony.” He kept repeating the last phrase until the audience wished he would stop”.[Al-Bukhaari, Muslim].

Ibn Mas’ood  narrated that the Prophet  said: “He who swears falsely to usurp some of his brother’s wealth will meet Allaah while He is Angry with him” then he recited (what means):{“Verily, those who purchase a small gain at the cost of Allaah’s Covenant and their oaths, they shall have no portion in the Hereafter (Paradise). Neither will Allaah speaks to them nor look at them on the Day of Resurrection nor will He purify them, and they shall have a painful torment.”}[Quran, 3: 77] [Al-Bukhaari, Muslim]

The Prophet, also said: “He who knowingly insists upon giving a false oath in order to usurp some of his brother’s wealth, Allaah will make Hell his abode and forbid him from entering Paradise.”A man said, ‘Even if it was a little thing?’ He, , replied: “Even if it was as little as a Siwaak (wooden tooth brush)”[Muslim].