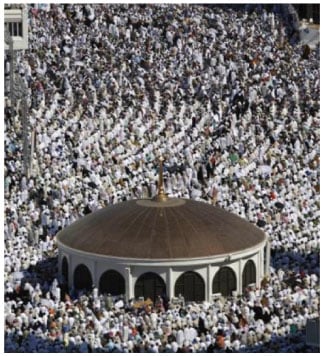 Islam provides many human rights for the individual.  The following are some of these human rights that Islam protects.
The life and property of all citizens in an Islamic state are considered sacred, whether a person is Muslim or not.  Islam also protects honor.  So, in Islam, insulting others or making fun of them is not allowed.  The Prophet Muhammad, may the mercy and blessings of God be upon him, said: “Truly your blood, your property, and your honor are inviolable.”[1]

Racism is not allowed in Islam, for the Quran speaks of human equality in the following terms:
“O mankind, We have created you from a male and a female and have made you into nations and tribes for you to know one another.  Truly, the noblest of you with God is the most pious.[2]  Truly, God is All-Knowing, All-Aware.” (Quran 49:13)
Islam rejects certain individuals or nations being favored because of their wealth, power, or race.  God created human beings as equals who are to be distinguished from each other only on the basis of their faith and piety.  The Prophet Muhammad said: “O people!  Your God is one and your forefather (Adam) is one.  An Arab is not better than a non-Arab and a non-Arab is not better than an Arab, and a red (i.e. white tinged with red) person is not better than a black person and a black person is not better than a red person,[3]  except in piety.”[4]

One of the major problems facing mankind today is racism.  The developed world can send a man to the moon but cannot stop man from hating and fighting his fellow man.  Ever since the days of the Prophet Muhammad, Islam has provided a vivid example of how racism can be ended.  The annual pilgrimage (Hajj) to Makkah shows the real Islamic brotherhood of all races and nations, when about two million Muslims from all over the world come to Makkah to perform the pilgrimage.
Islam is a religion of justice.  God has said:
“Truly God commands you to give back trusts to those to whom they are due, and when you judge between people, to judge with justice….” (Quran 4:58) 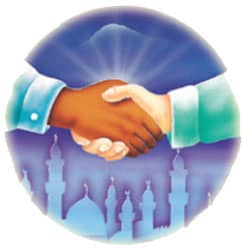 And He has said:
“…And act justly.  Truly, God loves those who are just.” (Quran 49:9)
We should even be just with those who we hate, as God has said:
“…And let not the hatred of others make you avoid justice.  Be just: that is nearer to piety….” (Quran 5:8)
The Prophet Muhammad said: “People, beware of injustice,[5]  for injustice shall be darkness on the Day of Judgment.”[6]
And those who have not gotten their rights (i.e. what they have a just claim to) in this life will receive them on the Day of Judgment, as the Prophet said: “On the Day of Judgment, rights will be given to those to whom they are due (and wrongs will be redressed)…”[7]