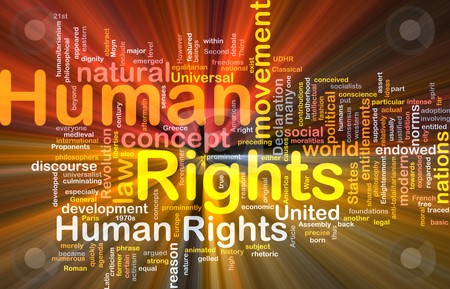 We live in an age that is striking in its unprecedented technological sophistication. Unfortunately, the prejudices and inequities that have plagued the human race historically, continue to exist, and are responsible for untold human suffering. It is in this context that the subject of human rights is especially pertinent.

What constitutes human rights? Can we come to a common understanding of these rights and thereby ensure that these are universally granted to every member of society? These questions have been the subject of historic documents such as The Magna Carta, The French Declaration of the Rights of Man, The American Bill of Rights, and The Geneva Convention.

What is often overlooked, however, is that these questions have also been addressed by various religious traditions. The Islamic model of human rights in particular is striking in its rigor, its vision and its relevance to modern times.

Islams contribution to human rights can be appreciated when compared against the backdrop of world history as well as the realities of modern times. Social, racial, gender, and religious inequities have always existed. Economic and social disparities have resulted in oppression of the lower classes; racial prejudices have been the cause of subjugation and enslavement of people with darker skin; women have been weighed down by chauvinistic attitudes, and pervasive attitudes of religious superiority have led to widespread persecution of people with different beliefs.

When considering the question of human rights and Islam, it is important to remember the distinction between textually prescribed rights, and their misapplication and misinterpretation by imperfect human beings. Just as Western societies still fight against racism and discrimination, Muslim societies struggle to fully implement Islamic human rights.

The distinguishing feature of human rights in Islam is that these rights are the natural outcome of a broader practice of faith, deeds and social behavior that Muslims believe are divinely mandated. The Glorious Quran says:

Allah commands justice, the doing of good, and liberality to kith and kin, and He forbids all shameful deeds, and injustice and rebellion: He instructs you, that ye may receive admonition. [Quran, 16:90-91]

Human rights can be seen as stemming from two fundamental principles: dignity and equality. Dignity is a fundamental right of every human being merely by virtue of his or her humanity.

The Glorious Quran says: Verily we have honoured the Children of Adam.We carry them on the land and the sea,and have made provision of good things for them, and have preferred them above many of those whom We created with a marked preferment. [Quran 17:70]

Regarding equality, the Quranic verse is explicit: O mankind! We created you from a single (pair) of a male and a female, and made you into nations and tribes, that ye may know each other (not that ye may despise (each other). Verily the most honored of you in the sight of Allah is (he who is) the most righteous of you. [Quran 49:13]

Thus, what distinguishes one human being from another, in the Sight of God, is the persons piety and God-consciousness.

As creations of God, women are accorded spiritual equality with men. They are rewarded for prayer and charitable acts, and likewise held accountable for their actions, good or bad, while on earth.

The Glorious Quran says: If any do deeds of righteousness,- be they male or female – and have faith, they will enter Heaven, and not the least injustice will be done to them. [Quran 4:124]

Both men and women have responsibilities towards their families and societies as is clear from the following verse:

The Believers, men and women, are protectors one of another: they enjoin what is just, and forbid what is evil: they observe regular prayers, practice regular charity, and obey Allah and His Messenger. On them will Allah pour His mercy: for Allah is Exalted in power, Wise. [Quran, 9:71]

Under the laws of Islam, women have the right to own property and businesses, engage in financial transactions, vote, receive inheritance, obtain an education and participate in legal and political affairs. The fact that Muslim societies do not always accord women all these rights is an example of how human beings can fall short of fully implementing the Divine Will.

The Right to Life and Safety

The most basic right of a human being is the right to live. The Glorious Quran recognizes this right in the following verses: Nor take life – which Allah has made sacred , except for just cause. [Quran, 17:33]

Whosoever kills a human being without due reason � not in retaliation for murder or corruption on earth , it is as though he had killed all of mankind. [Quran, 5:32]

Islams position on life is that it is a sacred trust from God. No human being is permitted to take the life of another, unless it is for justice administered by a competent court following due process of law.

Not only do human beings have the right not to be harmed, they have the right to be safeguarded from harm , physical or otherwise. So under Islamic law, people are legally liable for instance, if they did not prevent a blind man from dying of a perilous fall, if they were in a position to do so.

Even in a state of war, Islam enjoins that one deals with the enemy nobly on the battlefield. Islam has drawn a clear line of distinction between the combatants and the non-combatants of the enemy country.As far as the non-combatant population is concerned such as women, children, the old and the infirm, etc., the instructions of the Prophet are as follows: “Do not kill any old person, any child or any woman”. “Do not kill the monks in monasteries”. During a war, the Prophet saw the corpse of a woman lying on the ground and observed: “She was not fighting. How then she came to be killed?” Thus non-combatants are guaranteed security of life even if their state is at war with an Islamic state.

Contrary to popular misconceptions, a genuine Islamic state is obligated to not only permit but respect diversity. Thus non-Muslims in an Islamic state are allowed to worship in accordance with their religion.

When Spain was under Muslim rule, the city of Cordova, was considered the intellectual center of Europe, where students went to study philosophy, science and medicine under Muslim, Jewish and Christian scholars.4

This rich and sophisticated society took a tolerant view towards other faiths. Tolerance was unheard of in the rest of Europe. But in Muslim Spain, thousands of Jews and Christians lived in peace and harmony with their Muslim overlords. (Burke, 1985, p. 38) 5

The Right to a Basic Standard of Life

A basic standard of life includes the minimum essentials necessary for survival, such as food, clothing, shelter, and medical attention. Anyone suffering from deprivation of these economic necessities is entitled to receive aid in order to meet their needs. It is the duty of every Muslim with adequate means to give from their wealth, in order to eradicate poverty from society.

The Glorious Quran says: And in their wealth the beggar and the outcast had due share. [Quran 51:19]

The Right to Justice

Islam requires that Muslims possess upright character and deal justly with the entire human race, irrespective of their ethnicity, nationality, creed, and whether they are friend or foe.

The Glorious Quran says: O ye who believe! stand out firmly for Allah, as witnesses to fair dealing, and let not the hatred of others to you make you swerve to wrong and depart from justice. Be just: that is next to piety: and fear Allah. For Allah is well-acquainted with all that ye do. [Quran, 5:8]

The sense of justice that Islam encompasses is one of the most wonderful ideals of Islam, because, as I read in the Qur’an, I find those dynamic principles of life, not mystic but practical ethics for the daily conduct of life suited to the whole world. [Lectures on The Ideals of Islam see Speeches and Writings of Sarojini Naidu, Madras, 1918, p. 167]

From the foregoing discussion, it is clear that Islamic law has divinely mandated rights for individuals in their specific roles as spouse, parent, child, relative, neighbor, friend, and even foe. In its distribution of rights and responsibilities, Islam has addressed the social, racial, gender, and sectarian issues plaguing the world. Although much of the world, including Muslim nations, have yet to fully implement it, the model of rights and mutual responsibilities enshrined in Islam, has a tremendous potential for individual and social reform.