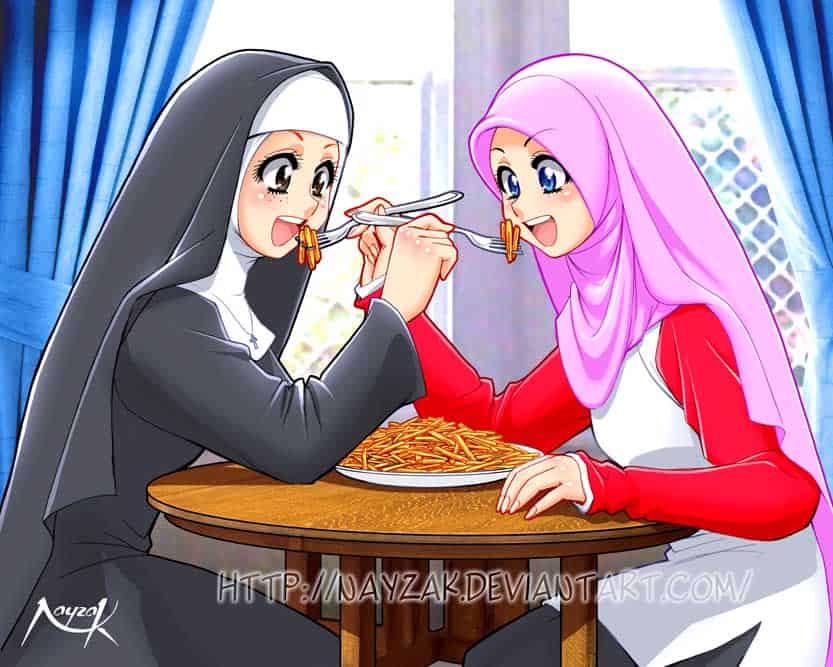 Abu Hurairah (may Allah be pleased with him) relates that the Prophet (peace and blessings be upon him) said:

«Allah will ask on the Day of Judgment: “Where are those who loved each other for the sake of My glory? Today, on a day when there is no shade but Mine, I shall shade them with My shade» (Muslim: [2566])

Love is among the most exalted of human feelings. When this love revolves around Almighty Allah and forms the basis for our interpersonal relationships, many problems can be weathered and great fruits can be harvested for both the individual and society as a whole.

The Qur’an and Sunnah often speak about the noble status of those whom Allah graces to possess such love. The Prophet (PBUH) said:
«Among Allah’s servants are people who are neither prophets nor martyrs (Shuhada), but whom the prophets and martyrs (Shuhada) will deem fortunate because of their high status with Allah», the Companions asked, “O Messenger of Allah! Inform us of who they are.”  The Prophet (PBUH) told them that they are people who loved each other for Allah’s sake, even without being related to one another or being tied to one another by the exchange of wealth.  The Prophet (PBUH) went on to describe their great reward on the Day of Resurrection: «By Allah, their faces will be luminous and they will be upon light. They will feel no fear when the people will be feeling fear, and they will feel no grief when the people will be grieving». Then he (PBUH) read the verse:

‘Translation’ {Behold! Verily on the friends of Allah there is no fear, nor shall they grieve} [Yunus:62]» (Abu Dawud)

This reminds us of another famous hadith that enumerates the seven types of people who will enjoy Allah’s shade on a day when there is no shade but His. Among those mentioned are «… two men who love each other for the sake of Allah, meeting for that reason, and parting with this love (still cherished by both of them)» (Al-Bukhari: [1423]). 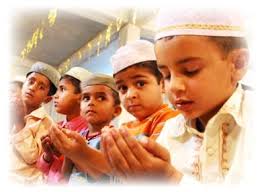 Love for Allah’s sake transcends the limits of our worldly existence, enduring into the life to come. Allah says,

‘Translation’ {Close friends on that Day will be foes to one another—except for the righteous} [Az-Zukhruf:67]

Loving one another for the sake of Allah, and brotherhood in faith, are among the most excellent acts of worship. This sublime love entails some conditions and duties that must be fulfilled so that the relationship remains pure and free of base undercurrents. Upholding these duties brings a servant nearer to Allah (SWT) and to His pleasure and, over time, it can bring about a greater nobility of person.

♥ Both parties must truly love to extend support and assistance to each other and must love good for one another. The Prophet (PBUH) said: «None of you will attain (perfect) faith until he loves for his brother what he loves for himself» (Al-Bukhari: [13]).

‘Translation’ {The believing men and women are protecting friends of one another. They enjoin what is right and forbid what is wrong.} (At-Tawbah:71)

♥ They must engage in the things that cultivate this love, strengthen interpersonal relationships, and facilitate the fulfilling of their duties to one another.

The Prophet (PBUH) said, «A Muslim has six rights over another Muslim», they asked, “What are they, Messenger of Allah?” He said,  «When you meet him, greet him with Salam (Muslim’s salutation meaning ‘peace’); when he invites you, accept his invitation; when he seeks your advice, advise him; when he sneezes and then praises Allah, invoke Allah’s mercy upon him; when he falls ill, visit him; when he dies, follow his funeral» (Muslim: [2162]).

A Muslim has the right to kind treatment from his fellow Muslim. He should be greeted with a smile and given a pleasant reception. The Prophet (PBUH) said, «Do not view any good act as insignificant, even the act of meeting your brother with a cheerful face» (Muslim: [2626]).

♥ They must guide each other to what is good, and help each other in acts of obedience. Likewise, they must prevent and discourage one another from falling into sin and iniquity.

♥ The love between them shines in a most wonderful and genuine manner when the two are away from each other and each of them is in secret prayers to Allah for the other. This continues for the living one even after the other has departed from the earth.

The Prophet (PBUH) said, «A Muslim’s supplication for his brother in secret is answered. At his head an angel is appointed, and whenever he supplicates for his brother with something good, the angel appointed to him says, ‘Ameen, and likewise for you’» (Muslim: [2733]).