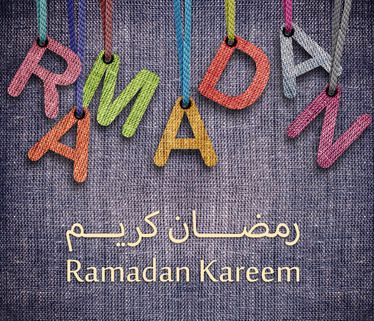 All Praise is due to Allah Lord of the Realms. And prayers and peace of Allah be upon the most honorable Prophet and Messenger.

This is a selection of the scholars Fatawa about the fasting of our beloved kids.

When must the kid fast?

Q: When must a child fast? At what age fasting becomes obligatory upon them?

Puberty occurs by ejaculating the semen (wet dream) as a result of lust, the emergence of the hard hair round the private parts, wet dreams or reaching the age of fifteen (if none of these four signs appeared).

The female is like the male in all the above four signs; however, an additional sign is menstruation.

The origin of this is the Hadeeth that is reported by Ahmad and Abu Dawud on the authority of the grandfather of Amr Ibn Shu’ayb that the Messenger of Allah (prayers and peace of Allah be upon him) said: “Order your children to perform the prayer at (the age of) seven, and beat them (for not performing it) at ten, and separate between them in their beds.”

And what is narrated on the authority of Aisha (may Allah be pleased with her) who said that the Prophet (peace and prayers of Allah be upon him) said: “The pen (of recording the deeds) is raised from three (kinds of people); the sleeping person till he wakes up, the child till he reaches puberty and the insane till he become sane” [Reported by Imam Ahmad]

(The standing committee for Fatwa, Fatwa No. 1787)

Could the percipient child be ordered to observe fasting?

Q: Could the percipient child be ordered to observe fasting? Would this fasting be sufficient to him if he reached puberty during fasting?

A: Boys and girls should be ordered to observe fasting when they are seven years old (or more) to be accustomed with fasting; their guardians should order them to fast as they order them to pray. If they reach puberty, fasting becomes obligatory for them to observe.

The same is applied to the girl, although she has additional sign for adulthood, menstruation.

The fasting of a child

Q: Are children less than fifteen years ordered to observe fasting as they are ordered to practice prayer?

A: Yes, children who did not reach puberty should be ordered to observe fasting, if they had the ability to fast, as the companions (may Allah be pleased with them) used to do with their children.

The scholars stated that the guardian should order any underage under his guardianship to observe fasting, to be accustomed for it and to have the principles of Islam planted in his heart like an instinct. However, if fasting was hard on the child or would harm him, they should not be obliged to fast. Here, I would like to refer to something the parents do; they prevent their children from observing fasting opposite to the doing of the companions. They claim preventing the kids from fasting as a kind of mercy and pity. In fact, having mercy with the children requires ordering them to practice the rules of Islam and getting them accustomed to them. Indeed, this is the good bringing up and the perfect care.

It had been narrated, with authentic chain of transmission, that the Prophet (prayers and peace of Allah be upon him) said: “The man is the guardian of his family (household) and is responsible for his subjects.” [Narrated by At-Tirmizi and authenticated by Al-Albani]

Q: what is the rule of fasting for a child who has not reached puberty?

A: The fasting of a child is not obligatory, as we mentioned earlier. However, his guardian should order him to fast to be accustomed with fasting. Fasting is recommended act of worship for a child who did not reach puberty yet; he gains reward for fasting, and gains no punishment for neglecting it.

Q: My boy insists on fasting in Ramadan, although fasting may harm him because of his young age and illness. Could I force him to not fast?

A: If he is young, did not reach the age of puberty, it is not obligatory for him to fast. However, if he was able to fast without finding difficulty in it, he should be ordered to fast. The companions (may Allah be pleased with them) used to make their children fast, and the youngest of their children were weeping and the companions provide them with toys to make them forget the hunger. On the other hand, if it is proven that fasting harms him, he should be prevented from fasting. Allah Almighty has prevented us from giving children their money lest they may waste it; thereupon, it is worthier to prevent them from hurting their bodies, but preventing them should not be by force, because it should not be used while bringing up children.

(The Fatawa and the Messages of Sheikh bin Othaimeen: 1/493)

When is it obligatory for the girl to fast?

Q: When is it obligatory for the girl to fast?

A: Fasting is obligatory for the girl as long as she reached the age of puberty. Adulthood occurs at the age of fifteen, the emergence of the hard hair round the private part, ejaculation as a result of lust, menstruation or pregnancy. When one of these things occurs, fasting becomes obligatory for the girl, even if she is just ten years old. Many girls have menstruation in the age of ten or eleven and their families do not care and count the girls in this case as children, and they do not order them to fast. Actually, this is wrong, because when the girl menstruates she becomes a woman and her deeds start to be recorded. And Allah knows best.

When the girl reaches puberty fasting becomes obligatory for her

Q: I was fourteen years old when I first menstruated and did not fast Ramadan in this year because of my ignorance and the ignorance of my family as a result to our isolation from scholars and knowing nothing about this issue. Then I observed fasting when I was fifteen years old, and I heard from the people of Fatwa that the woman must observe fasting once she menstruated, even if she was younger than the age of adulthood (i.e. fifteen years old); so, please explain this to us.

The girl’s adulthood occurs by one of four things;
1- Growing up to the age of fifteen
2- Having pubic hair
3- Ejaculation because of lust
4- Menstruation

When one of these four things occurs, she becomes adult and the acts of worship become obligatory upon her as it is obligatory for the older woman.

Should I enforce my child to observe fasting?

Q: I have a twelve year old child, should I enforce him to observe fasting, or is it optional for him to fast or not to fast? I would like to add that he might not afford to fast the whole month. May Allah reward you well!

A: If this mentioned son is not adult, it is not obligatory for him to observe fasting; however, you must order him to fast, if he affords it, to be trained and accustomed with fasting. This is like ordering him to practice prayer and beating him (for not practicing it) after becoming ten years old. May Allah grant success to all!

Observing the fasts of Ramadan is obligatory in puberty

A: I answer you by saying that it is obligatory for her to observe the fasting of Ramadan once she reaches puberty. Puberty occurs by one of the following;
1- Growing up to the age of fifteen
2- Menstruation
3- Having pubic hair
4- Ejaculation as a result of lust, whether it is at wakefulness or sleeping, even if she was younger than fifteen years old.

Thereupon, it is obligatory for her to fast what she missed from the beginning of her menstruation and to compensate the days of her menstruation during Ramadan. Moreover, it is obligatory for her to provide penance, which is providing food to a poor person for each day because of delaying the compensation to another Ramadan. The amount of this penance is half a Saa’ (i.e. the Saa’ is about three kilograms) for every day, from the common food in her community, if she affords providing food. However, if she was poor, it would not be obligatory for her to provide food, and it would be sufficient for her to fast. May Allah guide everybody to whatever pleases Him!

(A combination of various Fatawa and articles for Sheikh Abdel-Azeez bin Baz: 15/173)

Conditions of validity of youngsters fast

Q: What are the conditions of validity for a child’s fast? Is it correct that the reward of kid’s fasting goes to his parents?

A: It is permissible for the parents to get their children accustomed with fasting in their young age, if they could endure it, even if they were younger than ten years old. However, when one of them reaches puberty, they have to compel him to fast. If the child observed fasting before his adulthood, he should neglect whatever ruins fasting like the adult one. The kid has a reward for doing this, and there is a reward for his parents too.

Is it obligatory for a child to observe fasting?

Q: Is it obligatory for a child to observe fasting?

A: it is not obligatory for a child to observe fasting as long as he did not reach puberty; however, he should be trained to fast, especially if he was close to adulthood, to make fasting easy for him after adulthood. If he is neglected till adulthood, he would find it hard to fast.

It is proved that the companions used to order their children to fast the Day of ‘Ashura when they had been ordered to fast it. They said that they used to give to the child a toy of wool to amuse him till sunset, if he said: “I want food.”