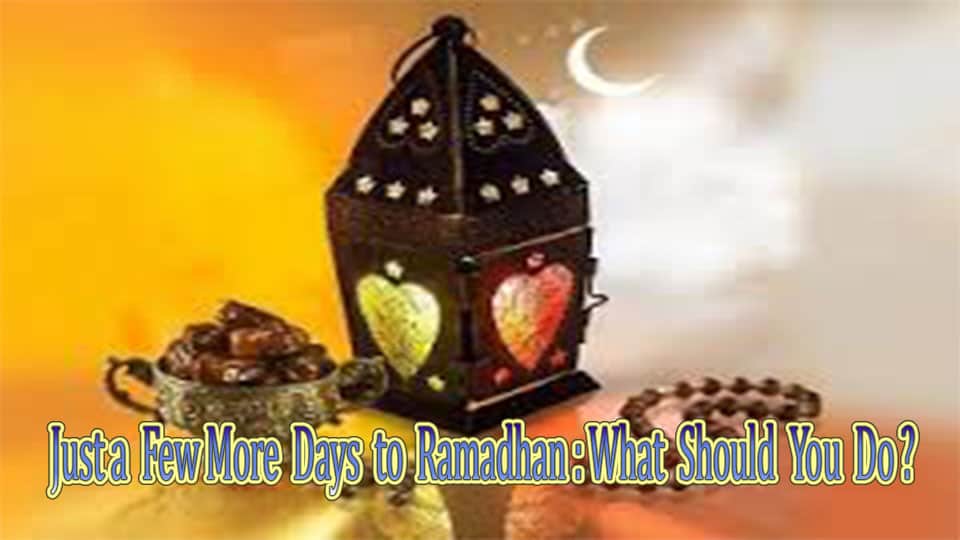 Our beloved Prophet said:“Ramadan has come to you. It is a blessed month that Allah The Almighty prescribed fasting during it and wherein the gates of heavens are open, the gates of Hell are shut, and the rebellious devils are chained. Allah placed a night, which is better than one thousand months, in this month. The Muslim who misses the goodness of this night is the real loser.”

Days pass by, from one year to another, bringing the glad tidings of the coming of the blessed month ofRamadan and announcing various forms of blessings: ease in performing acts of righteousness, and abdundance in mercy, forgiveness, and finally, salvation from Hell. InRamadan, the values of love, brotherhood, tolerance, patience, open-handedness, and generosity prevail, the ranks of the believers are raised, and the manners of the fasting people are refined – all out of the Mercy of Allah The Almighty, Lord of the Worlds.

Al-Hasan Al-Basri says, “Allah The Almighty made the month of Ramadan a racetrack where His creatures compete in obeying Him to attain His Pleasure. Some people come first and thus have won; others remain behind and thus have lost. How amazing is the runner who laughs on the day when the doers of good win and the doers of falsehood lose!”
As the month of Ramadan approaches, I advise myself and you to do the following:
Supplicate Allah The Almighty to keep you alive until the coming ofRamadan:
It was narrated on the authority of Anas ibn Maalik that when the month of Rajab comes, the Prophet,, said: “O Allah, bless Rajab and Sha‘baan for us, and let us live till the coming of Ramadan.”[Ahmad and At-Tabaraani] For that reason, Ibn Rajab says, “The hearts of the believers long for the coming of this month and feel pained at its departure.”
Thank Allah The Almighty for witnessing this month:
Obeying Allah The Almighty is the greatest blessing Allah The Almighty grants the slave. The Prophet,, said: “Ramadan has come to you. It is a blessed month that Allah The Almighty prescribed fasting during it and wherein the gates of heavens are open, the gates of Hell are shut, and the rebellious devils are chained. Allah placed a night, which is better than one thousand months, in this month. The Muslim who misses the goodness of this night is the real loser.” [A-Nasaa’i and Al-Bayhaqi]
Ibn Rajab says, “This Hadeeth is the basis for congratulating Muslims on the coming of Ramadan. Why should it not be when the believer is given the glad tidings of opening the gates of Paradise? Why should it not be when the sinner is given the glad tidings of closing the gates of Hell? Why should it not be when the wise man is given the glad tidings of a period of time in which the devils are chained?”
In his book Al-Athkaar, Imaam An-Nawawi says, “It is recommended for the person who experiences an obvious favor or is protected from an obvious curse that he prostrates in gratefulness to Allah The Almighty or praises Him duly.”
Rejoice at the special virtues of the month:
The virtues of the month of Ramadan include opening the gates of Paradise, closing the gates of Hell, forgiveness of sins, showering with mercy, and granting safety from Hellfire. Here is an amazing story teaching us that a single month of Ramadan may unimaginably raise a person’s degree in Paradise.
It was narrated on the authority of Talhah ibn ‘Ubaydillaah that there were two men from the tribe of Baliyy who came to the Prophet,, and embraced Islam at the same time. One of them was more active in worship than the other, and it happened that the active one was martyred in a battle and the other one lived for one more year. Talhah said, “I saw in my dream that I was at the gate of Paradise and the two men were standing there. Someone came out and gave permission to the man who lived for one more year to enter Paradise, then gave permission to the martyr. He then returned to me and told me to go back for permission had not been given to me yet.”
In the morning, Talhah related to the people what he saw and they were surprised to know this. When the news of this story reached the Prophet, he said:“Why should you be surprised?”They said, “O Messenger of Allah, the man who was martyred was more active in worship, but the other one entered Paradise before him.” The Prophetsaid:“Did he not live for one more year?”They answered in the affirmative.“Did he not fast for one more Ramadan,”the Prophetcontinued,“and prayed such-and-such a number of prostrations in this year?”They answered in the affirmative. The Prophet said:“The difference between them is equal to the distance between the heavens and the earth.” [Al-Munthiri: Hasan and Ibn Hibbaan: Saheeh]
Determine to give up sins and repent
Ramadan is considered the actual beginning of the year because the deeds of the year are submitted in the month of Sha‘baan. In that sense,Ramadan marks the beginning of a new year after the submission of deeds. Therefore, the Muslim needs to turn over a new leaf with Allah The Almighty, and this requires repentance from all sins, giving them up, and not returning to them. Ramadan is the month of repentance, and if a person misses this opportunity, when will he repent? Allah The Almighty Says (what means):
O Allah, I repent to You from the countless sins I have committed, and I complain to You from the misdeeds and faults that afflict me!