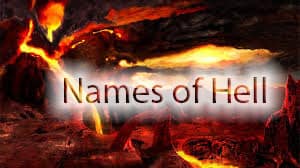 “The Fire of Hell has many names, which reflect its characteristics. It is called Jaheem, Jahannam, Lazaa, al-Sa’eer, Saqar, al-Hatamah and al-Haawiyah, according to its various characteristics. That which is named is one and the same. The believer is obliged to believe in and affirm all the names that have been proven in the Book of Allaah or the Sunnah of His Messenger (peace and blessings of Allaah be upon him).” (Majmoo’ Fataawa wa Rasaa’il al-‘Uthaymeen by al-Salmaan, 2/58).

It is called al-Jaheem (fire) because of its blazing fire.

It is called Jahannam (Hell) because of the depth of its pit – according to al-Qaamoos. 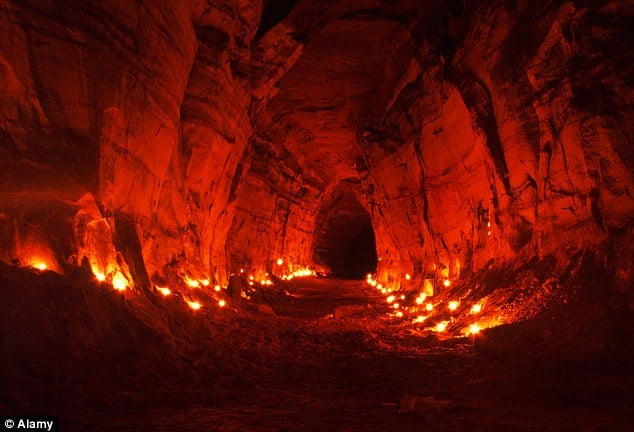 It is called Lazaa (blazing fire) because of its flames.

It is called al-Sa’eer (blazing flame) because it is kindled and ignited (this word is derived from the root sa’ara meaning to kindle).

It is called Saqar (Hell) because of the intensity of its heat.

It is called al-Hatamah (broken pieces, debris) because it breaks and crushes everything that is thrown into it.

It is called al-Haawiyah (chasm, abyss) because the one who is thrown into it is thrown from top to bottom… and so on.

Some of the scholars, mufassireen (Qur’aan commentators) and others mentioned other names besides these.

The correct view is that each of these names which they mentioned is a name for the whole of Hell, not for a part of it in exclusion of another part. (Al-Yawm al-Aakhir (the Last Day) – al-Jannah wa’l-Naar (Paradise and Hell) by Dr. ‘Umar al-Ashqar, 26).