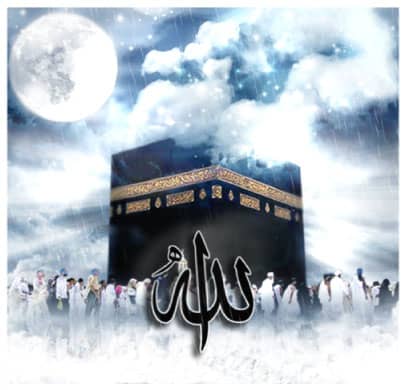 Hundreds of millions of Muslims turn their faces towards this sacred, blessed point on earth five times a day. The Ka`bah, the most remarkable symbol of Islam, is the qiblah, the direction to which every Muslim should face during prayers and around which millions gather during the rituals of Hajj.  The Ka`bah and Al-Masjid Al-Haram enjoy a grand status long before the advent of Prophet Muhammad (PBUH) as the first place on earth dedicated for worshipping Allah.

However, the Ka`bah was not selected as the Muslims’ qiblah at the beginning. Rather, Al-Quds was the direction towards which Muslims prayed for years in Makkah and in Madinah. So what happened then? And why do Muslims face Ka`bah now?

This folder explains the circumstances behind the first selection of Al-Quds as the qiblah and then the shift towards the Ka`bah.

This folder, which also focuses on the attitude, manners, and character of Prophet Muhammad who set a great example in ultimate submission to the command of Allah, is the phase one of an extensive campaign on “Prophet Muhammad: the Man and the Message” that will be launched after Ramadan.

Read in this folder about the significance of the change of the qiblah, the lessons and indications of selecting Al-Ka`bah as the qiblah, the responsibility entrusted to the Ummah by this selection and the spiritual dimensions of the incident.