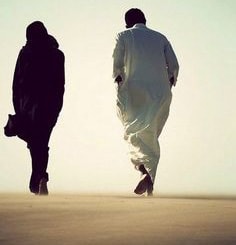 {Believers, it is unlawful for you to inherit women against their will, or to bar them from remarrying so that you may make off with part of what you have given them, except when they are guilty of a flagrant indecency. Consort with them in a goodly manner. Even if you are averse to them, it may well be that you are averse to something in which God has placed much good.} (An-Nisaa’ 4:19)

Islam views the family’s home as a place of peace, where every member of the family feels secure. The marital relationship, from the Islamic standpoint, is a relationship based on affection and compassion. It must, therefore, come into existence on the basis of free choice, so that it spreads an atmosphere into which mutual feelings of love, sympathy and compassion can prosper. Bearing this in mind, it is most befitting that Islam should say to husbands that even if they should dislike their wives, it may well be that the very wives they dislike are of much good to them. The marriage bond is something to be treasured, not to be severed in response to a passing whim.

Marriage is a human institution of great importance. It must be viewed seriously. Its continued existence must not be subject to outbursts of temper or sudden changes of superficial sentiment. 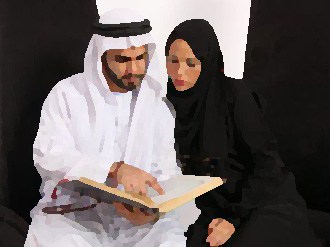 A good, practical example of the seriousness with which Islam views marriage is provided by `Umar ibn al-Khattab, the second Caliph, who was once approached by a man expressing his resolve to divorce his wife, simply because “he did not like her”. `Umar said to him: “Are families built only on love? Where would you, then, place loyalty and mutual care?”

Compared with this, what some people say about “love”, when they actually refer to momentary whims and changeable feelings, sounds cheap and stupid. The worst part of it is that such love is glorified to the extent that its absence is considered to be enough justification for divorce. They even advocate what is worse than that, namely, infidelity. Such people justify adultery simply because a woman does not love her husband, or a man does not love his wife. Such petty-minded people have no consideration beyond momentary physical attraction. Their thoughts cannot turn to such ideals as loyalty, mutual care, fulfilment of one’s duty and responsibility towards one’s family. Moreover, their petty ideas keep them away from faith. They cannot appreciate what God says to his believing servants:

It is only faith that elevates people and their concerns. It puts human life on a level far above wealth and carnal desires.

Marriage Conditions to Be Always Respected

When such human ideals are put into practice, and it is found, nevertheless, that life in the family home has become intolerable and that it may be better for both the man and his wife to separate, then a divorced woman takes all her dowry and whatever she has inherited. The husband cannot take away any part of it, plentiful as it may be. To take away any part of it is evidently sinful:

{If you wish to take one wife in place of another and you have given the first one a large sum of money, do not take away anything of it. Would you take it away though that constitutes a gross injustice and a manifest sin?} (An-Nisaa’ 4:20)

This is followed by a fine to 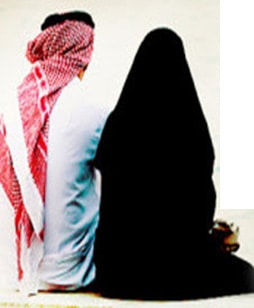 uch inspired by the close intimacy which exists in family life:

{How can you take it away when each of you has been privy with the other, and they have received from you a most solemn pledge?} (An-Nisaa’ 4:21)

The Arabic expression used here and which we have rendered as “being privy with the other” has much wider and finer connotations. It is by no means limited to physical intimacy. It does not merely mean that a couple have given themselves to one another. It includes feelings, responses and the sharing of secrets, problems and concerns.

When we reflect on this verse, numerous images of married life come to mind, depicting what happens between a man and his wife at every moment of the night and day. Past memories are recalled. They have been privy with one another in their expressions of love, in their happy moments, in what they had shared of hopes and problems, in their aspirations for a happier present and a brighter future, in their shared thoughts about their children.

Compared with all these associations and memories which are recalled by the expression “when each of you has been privy with the other,” the importance of physical love seems too small. Hence, the divorcing husband would be too shy to ask for a refund of part of the dowry he gave to his wife.

Another factor is introduced by the last part of this verse: {And they have received from you it most solemn pledge} (An-Nisaa’ 4:21) That pledge is the pledge of marriage. It is given in the name of God and according to the method He has made lawful. It is a very solemn pledge that must be respected and cherished by every believer. Hence, the Qur’an calls on believers to respect it.

Taken with slight modifications from the author’s In the Shade of the Quran.

Sayyid Qutb(1906-1966) was a prominent and influential Muslim intellectual and writer. He wrote many books about Islam and its distinctive features as a comprehensive way of life. Among his most important works is his exegesis of the Qur’an In the Shade of the Qur’an, which was widely welcomed among Muslims and established itself as one of the best references in Qur’an exegesis.