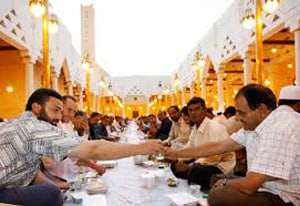 There was an affluent father who used to keep his family fed and clothed decently, if not splendidly. After a while, things changed and he became in straitened circumstances. Unable to afford food for his family as he used to, the month of Ramadan came. His social standing as well modesty prevented him from stretching his hand to ask others for assistance even if it were in the form of a personal debt. While struggling with life, all he could manage to be feeding his children with was nothing but cheese, oil and beans.

The children put up with this on the first and second days of Ramadan. On the third, however, the youngest commented:

Then, the expressive but burning words of the little child were followed by tears spilling from his sad eyes.

Upon that, the grief-stricken father withdrew into a dark corner of the house where he burst into tears, as he did not want his children to see signs of society’s faithlessness and people’s cruelty on his face!

If yes, let me then congratulate you for the remaining sense of humanity you still have; the sense of humanity which Islam came to advocate and instill into the societies which broke away from all senses of common humanity. 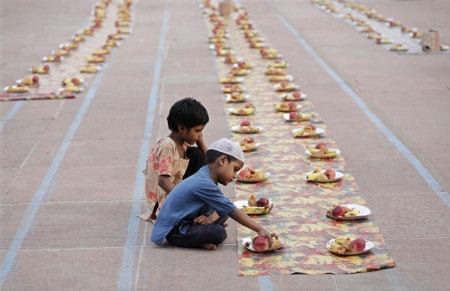 When humaneness fades away, the law of the jungle prevails so that the strong devours the weak, the rich only gives charity to the poor to see humiliation and humbleness in his eyes, and one does not care about his next-door neighbor or even bother to know anything about his conditions.

Many are those who are poor and to whom neither the society show mercy, nor the state care about in any way; a matter which makes them groan in pain under the severity of misery and deprivation. In fact, if mercy for these people is mandatory in other than Ramadan, it is most mandatory and necessary during the blessed month. Likewise, if humanity necessitates that anyone who recognizes them should assist them, a true Muslim should be keener on helping them so as to wipe away the tears from their eyes and to see his own happiness in making them happy.

The poor, for real, are too many to be counted. Here, I do not mean the professional beggars who knock at doors or roam the streets asking for charity. Rather, the ones who are meant here are the likes of a father who cannot find work to feed his kids; a mother who lost her guardian but her chastity and modesty prevent her from stretching her hand out; a child whose father passed away leaving him alone with no supporter or protector around; a refugee who was driven out of his own homeland at the hands of oppressive rulers and traitorous politicians leaving behind his riches as well as pride.

These are the ones, along with so many others, to be remembered during the blessed days of Ramadan. I am not saying we should give them out in charity as charity is a supererogatory or voluntary act of worship. No, never do I mean any of this! What I mean here is that we should expiate for our own sins by way of making them feel the duly blessings of brotherhood, neighborhood, religious affiliation, and human compassion. Indeed, were it not for our and the society’s negligence, they would not have been in such bad and cruel conditions!

It goes without saying, if they feel the bitterness of deprivation in other than Ramadan for once, they feel it more than a thousand times in Ramadan! 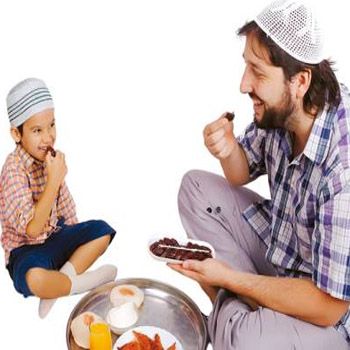 How many Muslims spread their tables with various colors of food and drink every time they break their fast? Amazingly, only a little amount of these extra foods and drinks may feed whole families, relinquish their thirst, and wipe away the tears from the eyes of their groaning children.

Is there anyone of us who thinks about his nearby needy neighbor and destitute relatives?!

Is there anyone of us who thinks he can save some of the food he prepares for his own family on daily basis and decide to give it out to a poor family to break their fast with?!

In fact, if every fasting well-off person feeds another who is poor, no one will ever remain hungry or thirsty. If this really takes place, Ramadan will turn into a season whose blessings do not cease or come to an end and we, Muslims, will be the best of all nations for real.

Given this, let us search for the refugees, the homeless, the destitute and those who lost their breadwinner to do ourselves good through supporting them and to save ourselves from Allah’s torment through sympathizing with them. It is we who need them more than they need us!

Let every one of us remember that Allah the Almighty may not accept our fasting or acts of obedience while there are hungry human beings whom we could satisfy and unhappy fellows whom we can make happy around us. Finally, let us remember the hadith of Prophet Muhammad (peace and blessings be upon him) in which he says, “The one who sleeps with a full stomach knowing that his neighbor is hungry doesn’t believe in me.” (At-Tabarani)