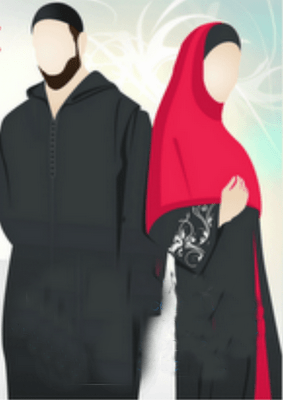 Shyness is of two types:

1. What consists of character and disposition and cannot be acquired. Shyness is the behavior Allah granted the servant. The Prophet sallallahu alayhe was salaam said ” Shyness brings about nothing but good.” It prohibits a person from committing despicable actions and displaying degrading behavior.

2.What is attainable through knowing Allah and knowing His greatness as well as His closeness to His servants.His overseeing them, and His knowledge of what deceives the eyes while being hidden in the chests.

Shyness from Allah may be caused by witnessing and reflecting over His blessings and the shortcomings associated with being thankful for them.

The praiseworthy shyness is the behavior that encourages the performing of commendable actions and abandoning the wretched. 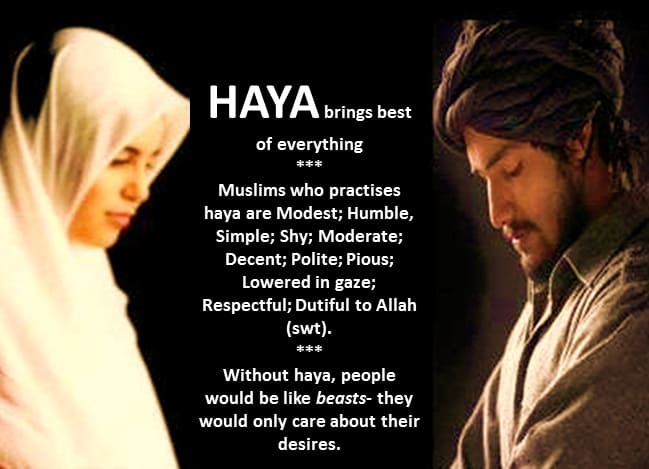 If you do not feel shy then do as you wish .” One meaning is that it does not command to do whatever you wish, but it conveys a meaning of blame and prohibition. One way of interpreting it is that it conveys a threat/warning. The second way to interpret it is that it is a way of conveying information. The thing that prohibits a person from doing bad actions is shyness.

An-Nawawee said , The Scholars said that the reality of shyness is the character that encourages the abandonment of despicable actions and prevents against negligence concerning the rights of the people who possess rights over others.

Aboo Al Qaasim al Junayd said Shyness is recognizing Allahs favors, meaning His blessings and the recognizing of ones own negligence in light of them both.

When shyness is lost, every type of evil is committed.

There are five signs of wretchedness :

1. The harshness in the hearts
2. The unflinching eye
3. The lack of shyness
4. The seeking of worldy pleasures.
5. Longevity in life

An example of shyness is Asmaa bint Aboo Bakr in the hadeeth where she carried the date stones and was offered to ride behind the Prophet sallallahu alayhe was salaam but was too shy.