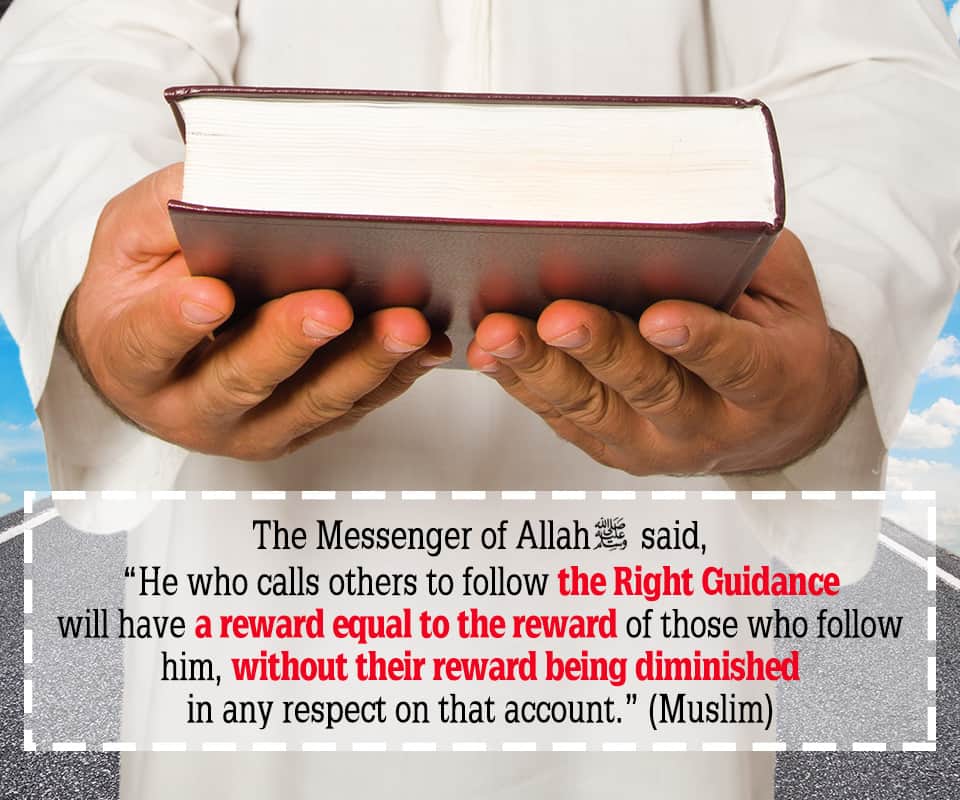 First off, make sure you have both ikhlaas and i’tibaa – sincerity in intention and correction of action. Is your intention truly to bring this person closer to the truth? Or is it to prove him wrong? Or to show off your oratory skills? Make sure your intention is solely for the pleasure of Allah. To bring this person closer to the truth and to guide him to the deen of Allah, al-Islam. And make sure you are performing this daawah in the correct manner, at the proper place and time. – Know what you’re talking about. Make sure you have a sound, deep knowledge of what you say. Remember that Rasulullah, may the peace and blessings of Allah be upon him, promised a seat in the Hell fire for whoever says a lie about him. Make sure what you say is absolutely correct. Be honest if you don’t know. If you do not have a solid knowledge of what you are saying, your contribution may be negative instead of positive.

– Have complete faith in what you’re saying with no doubt. It is said that what comes from the mouth goes to the ear, but what comes from the heart goes to the heart. The Arabic saying goes, if you do not have it, you cannot give it. If you don’t truly believe something, you can’t get someone else to. Your sincerity and certainty in your faith plays a large part in your successfulness at daawah.

– Practice what you preach. The best daawah is by way of example. Don’t discuss the importance of truth and honesty in Islam when you lie and cheat constantly. Make sure your actions express the beautiful beliefs and commands of Islam. Hypocricy turns people away.

– Don’t compromise Islam or it’s beliefs. Don’t feel the need to hedge around the truth because it will turn people away. Can men have four wives? Why can’t we date? Why don’t we accept homosexuality? Don’t be apologetic about certain aspects of Islam. Explain it in a way people can understand, but don’t change it or act like it’s incorrect or archaic.

– Do not become angry. Don’t let people effect you or cause you to change your conduct. Have adab always. If someone refuses to hear you out, walk away. Don’t sink to their level. Allah subhanahu wa ta’ala says what means in the Quran, “Hold to forgiveness; command what is right; but turn away from the ignorant”. He subhanahu wa ta’ala also says what means, “And when they hear vain talk, they turn away therefrom and say: ‘To us our deeds, and to you yours; peace be to you: we seek not the ignorant.’ It is true thou wilt not be able to guide every one whom thou lovest; but Allah guides those whom He will and He knows best those who receive guidance.” Don’t waste your time or energy with those who refuse to listen.

– Use proper functions. Go to interfaith programs and open discussions.

– Don’t insult the other person’s faith. No matter how tempting it would be to talk about the errors and inconsistancies in other people’s beliefs, don’t do it. It offends people, and will possibly give them a bad impression of Islam. Talk about how Islam is different, and in that perhaps exposing the other belief’s errors, but do not openly insult another person’s faith. Be respectful. A daawah horror story: a Muslim was speaking at a local high school, and began his speech with: “You’re all going to Hell.” With that, he lost his whole audience before he even started his speech.

– Discuss what makes Islam beautiful to you. Daawah doesn’t have to mean repeating the five pillars. Sometimes we are so busy discussing the pillars of Islam we forget the actual building itself. Islam plays a part in every aspect of our lives. Talk about how it plays a role in how you sleep, how you dress, how you speak, how you marry, how you deal with animals, parents, elders, children, the opposite sex. Talk about Islam’s respect for women, the concepts of purity or modesty, it’s call to reflect and think about the world around us. I know that one brother became Muslim in part because of Islam’s respect and honor for nature. Islam is a deen, a whole way of life. Go into more detail then the 9th grade social studies text book.

And lastly, have sabr. Your job is not to convert people – it is not an obligation in Islam to make a certain amount of people Muslim. But it is your obligation to call people to Islam, to distinguish between right and wrong. Who is guided and who is not, however, is solely up to Allah subhanahu wa ta’ala.

And Allah, the Guide, knows best.