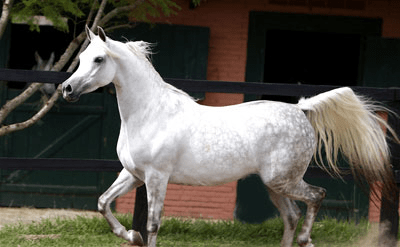 When an opportunity arises whereby the Call to Allah becomes an active process, wherein Callers may forge links with the people and guide them, why isn’t such an opportunity exercised by those best capable of succeeding?

The story of Allah’s Prophet Yusuf (peace be upon him) showed an out-standing far-sightedness when he wisely utilised the present period of prosperity to prepare for the coming period of austerity. He did not deceive himself or the people in thinking or promising that things were improving constantly with-out any setbacks.

Muslims believe that Allah does test the believers with infertile years of grimness so that they might emerge from such a period with more clarity and purity. The Muslims might also emerge with a better comprehension and an awareness that might make them more able to use every opportunity under every circumstance to take assured steps forward. We know what our enemies mischievously plot against us day and night, as well as those who actually harm and oppress Muslims. So when Allah takes those persons away, Muslims ought to take such an opportunity and multiply their efforts and solidify their positions.

The peace-treaty of al-Hudaybiyah was a golden opportunity which the Messenger of Allah best used. He agreed to Quraysh’s conditions and the Muslims were subsequently able to deliver the Message of their Lord amongst the tribes unhindered. In a short period of time, the number of Muslims multiplied so that while the number of the companions who witnessed al-Hudaybiyah was 1,400, this total rose magnificently to 10,000 who witnessed the conquest of Makkah two years later. It was that victorious treaty of al-Hudaybiyah which Allah described in: ‘Verily, [O Muhammad] We have laid open before you a manifest victory.’ [Surah al-Fath 1] Indeed, it was a victory through the opportunity it gave for the Muslims to proclaim Da`wah leading to the people embracing Islam in droves.

Truly, the invitation to Islam in a calm atmosphere of freedom of speech and discussion, through the establishment of proof and evidence coupled with fine speech will undoubtedly have a great effect amongst people. This will occur as truth vis-a-vis falsehood has a distinctively innate strength. If the Da`wah was pleasantly carried out and the Caller possessed the relevant knowledge, was aware of Islam’s general goals and was alert to his surroundings, the results will be pleasing by the will of Allah.

The constant wasting of opportunities through our simplicity of thinking will inevitably end in dismay and displeasure. Particularly if we believe that a period of calm will eternally last, and that things are heading in the direction of our choice. Occasionally, it is observed that our efforts and energies are dissipated in very pale and insignificant actions, and so the days and years pass by without the establishment of a satisfactory process to which our future generations can add and contribute to.