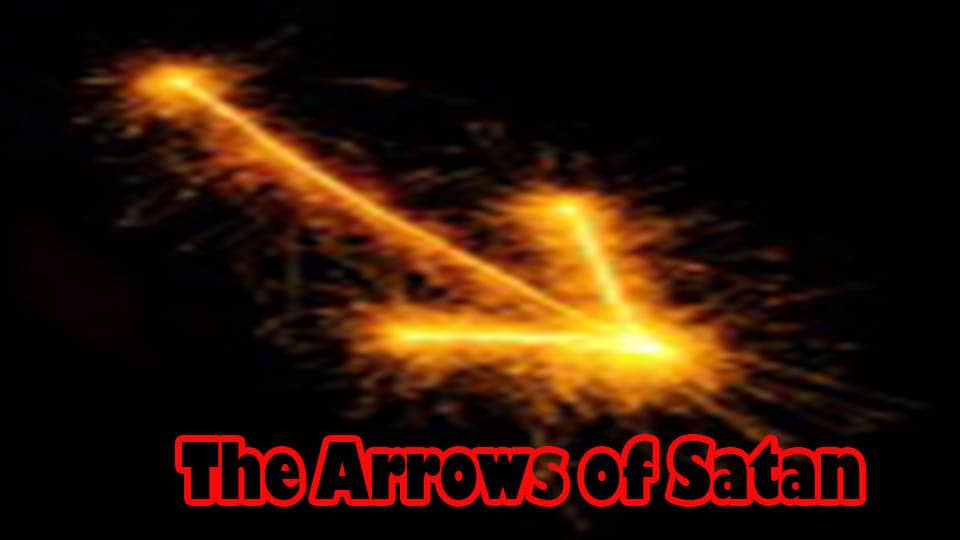 Satan readies himself and chooses his prey carefully. He is determined as he shoots the arrows of looks to go through your eyes, tearing the veils of modesty and chastity. This arouses the desires of the weak heart, which commands the body to pursue the satisfaction of such desires. The tongue speaks, the legs walk, and thus, unlawful acts are committed and the soul falls into the mire of sin.

“That is purer for them”

Ibn Al-Qayyim   said in his well-known book Al-Fawaa’id: A collection of Wise Sayings that Sahl ibn ‘Abdullah  says, “Abandoning the order is greater than committing the prohibition in the Sight of Allah because Adam   was forbidden to eat from the tree and when he, may Allah exalt his mention, ate from it Allah accepted his repentance, but Satan was ordered to prostrate to Adam, when he refused and Allah did not accept his repentance.”

Again Ibn Al-Qayyim   says in his another famous book in Ad-Daa’ wad-Dawaa’, “Look at the accuracy of the Quranic expression in the order to lower the gaze, as if Allah The Almighty reminds us that not lowering the gaze causes the doom of the doer and his suffering in this life and in the Hereafter. Failing to lower one’s gaze is the basis for the problems that afflict man. An unlawful look generates thoughts, then thoughts generate ideas, then ideas generate desires, then desires generate will, which develops into resolve and determination, then the action inevitably takes place if there is nothing to prevent it.”

This is the destructive cycle of Satan, which traps the one who does not lower his gaze, then records the images and scenes seen by his treacherous eyes. The cursed Satan waits for the moment of weakness in man’s faith to release these images and scenes in his mind and soul, igniting his sexual desire, which dominates the heart that commands the body to disobey Allah The Almighty, and so on in a consecutive sequence. The more the images vary, the easier arousal and falling into sin will be. On the other hand, the less the images and scenes, the weaker their impact and influence on the heart will be. According to a saying, “Patience over lowering the gaze is easier than patience over the pain of its consequences.”

O Muslim who does not lower his gaze, if your eyes roam around looking at the charms of beautiful women, you would plant in your heart thorns of loss and regret.

“Allah knows that which deceives the eyes”

Allah The Almighty Says (what means): {He knows that which deceives the eyes and what the breasts conceal.} [Quran 40:19] This is a great verse and the interpreter of the Quran, Ibn Mas‘ood   tells you its meaning, “It refers to a man who enters a person’s house where there is a beautiful woman among them, or that a beautiful woman passes by them, and while they do not notice him, he looks at her; when they see him, he lowers his gaze. However, Allah The Almighty Knows that he inwardly wishes to see her private parts.”

The great scholar, Al-Ameen Ash-Shinqeeti   said in his book Adhwaa’ Al-Bayaan, “The verse contains a warning for the one who betrays with his eyes by looking at what is unlawful for him. The slave of Allah will stand before Allah and be questioned about his senses. Allah The Almighty Says (what means): {Indeed, the hearing, the sight and the heart – about all those [one] will be questioned.} [Quran 17:36]

If you will be questioned on the Day of Resurrection about your stares and looks, have you prepared an answer for this?

The fornication of the eyes

In Sharh Saheeh Muslim, An-Nawawi   said, “The meaning of the Hadeeth is that a share of adultery is written for the son of Adam. Some people commit actual adultery such as a male commit sexual intercourse with a female who is unlawful to him. Other people commit adultery in the figurative sense by looking at the prohibition or listening to adultery and its relevant affairs, or by touching with the hand a non-Mahram (marriageable) woman or kissing her, or by walking to commit adultery, seeing, touching, or forbidden talking with a non-Mahram woman, or by inner thoughts. All these things belong to metaphoric adultery. By “The private parts affirm that or contradict it“ it means that adultery might actually happen through the private parts or might not take place by entering the male genital organ into the female genital organ even if he is close to doing it. Allah knows best.”

Giving free rein to the gaze has corrupted most human beings; the display of beauty no longer has limits, and indulgence in luxury no longer has restraints. Adornment, clothing and fashion have penetrated our minds, surpassed all the restrictions and barriers, and has become like a sea of chaos where good taste is drowned and the pure, chaste heart is spoiled.

It is noticeable that one of the most important causes of problems in many homes is failing to lower the gaze. When the husband releases his gaze, a comparison will seep into his heart between his wife and the corrupting programs made by some people to tempt others. This comparison causes many problems in homes, when the husband asks his wife to give him what he sees from dissolute women and provocative images are imprinted in his mind.

It is also noticeable that releasing the gaze is one of the main reasons for the delay in marriage. That is because the young man already has in his mind multiple examples of beautiful girls, especially those whom he watches on television and searches hard to get one like them. Yet, he will not get what he wants, because what he sees on television is generally deceptive beauty and false femininity, and thus leads him to delay his marriage and affects the marriage of Muslim girls with him.