In the name of Allah, the Most Gracious, the Most Merciful
The testimony that there is no God but Allah ‘Lâ Ilâh Illâ Allah’ at the moment of death has a great effect on expiating sins and forgiving them. This is because it is a testimony from a slave, who believes in it, who comprehends its meaning. His lusts are subdued and his rebellious soul gave in and yielded after its rejection and obstinacy. Such soul has embarked on its Lord after its turning away [from Him], and has humbled after its arrogance. Its clinging to life and its trivial waste has left it. In addition, it humiliated itself between the Hands of its Lord, its Creator, and its true God in order to obtain His pardon, His forgiveness, and His mercy.
Such soul was devoted to monotheism with the end of the causes of disbelief and the actualization of its invalidity. The disputes by which the soul was occupied were removed and its concern was turned towards the One to whom the final destination is. Thus, the slave turned his face completely to Him and approached Him by his heart and soul. Therefore, he subjugated himself, by himself, inwardly and outwardly, and both his secret and public matters become equal. Then, he said sincerely, “There is no God but Allah.”
His heart got rid of the attachment to anyone other than Him. In addition, the whole life [with its pleasures] got out of his heart and his return to his Lord became near. The fire of his desires was extinguished and his heart was full of the Hereafter to the extent that it became before his eyes constantly. In addition, life became behind his back. Hence, this sincere testimony became the conclusion of his deeds, so, it purified him from his sins and brought him near to his lord. This is because he met Him with true and sincere testimony which is equal inwardly and outwardly, secretly and publicly. If he uttered such testimony in his healthy days, he would feel an aversion for this life and its people. In addition, he would flee to Allah from people and would like His Company rather than being with anyone else. 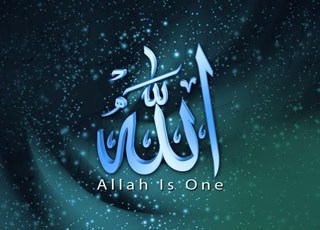 However, [the case is usually that] he testified this by a heart which is full of desires and love of life and its means. In addition, his soul is full of craving for portions of enjoyment and turning to anyone other than Allah. If the soul offered itself from this as it would do at the moment of death, its matter would be different and its life would be different from this beastly life. It is Allah whose help can be sought.
What does the person own of his matters whereas his forelock is in the hand of Allah, his soul is in His hand? In addition, his heart is between two of His Fingers where He can turn it as He wants, and his life, his death, his happiness, and his misery are all in the Hands of Allah. Moreover, his movements, silences, sayings, and deeds are controlled by His will and His permission. Thus, he does not move except by His will and he does not do anything except by His permission. On the other hand, if his matters are entrusted to him, he is entrusted to weakness, loss, sin, and fault. If he is entrusted to another one other than Allah, he will be entrusted to the one who does not possess harm or benefit, the one who does not possess death, life, or resurrection.
If Allah gives him up, his enemy (Satan) will dominate him and make him as his captive. Therefore, He is indispensable to him; rather, he is in need for Him throughout his lifetime secretly and publicly. Although he is in bad need for Him, he keeps away from Him, and makes himself hateful to Him by committing sins. This happens in spite of his need for Him by all means. In addition, he forgets the remembrance of Allah and puts Him behind his back. This is although he knows that to Him is his return and between His hands is his standing.
Prepared by the Scholarly Committee of Al-Ansar Recordings