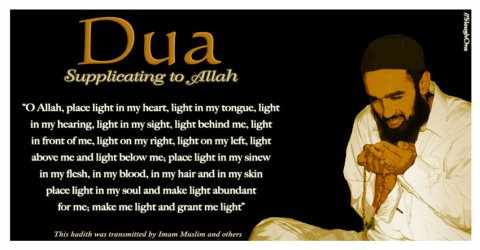 All Praise is due to Allah, We praise Him and we seek help from Him. We ask guidance from Him and we ask forgiveness from Him. We seek refuge in Him from our own evils and our own bad deeds. I bear witness that there is no God except Allah; and I bear witness that Muhammad is His servant, and His messenger.
Indeed; for the sins and evil deeds there are negative evil effects hurt the heart and body, in the worldly life and hereafter too, great hurt none knows its severity but Allah. Therefore; the prudent Muslim should escape the sins and evil deeds and get away from them.
Among the effects of the sins and evil deeds:
1- Being prevented from knowledge. Actually; knowledge is a light gets thrown in the heart by Allah, while the sin turns off this light.
Ash-Shafe’i said to a man: “I see that Allah has thrown a light upon your heart; so, you should not turn it off by the darkness of the sin.”
2- Being prevented from provision. It is mentioned in Musnad Ahmad that the servant gets prevented from the provision because of committing a sin. Hence; deserting the evil deeds brings provision as well as fearing Allah.
3- Desolateness in the heart. Indeed; there would be desolateness in the heart of the disobedient; it would be between himself and his Lord. Actually, this is something could be felt by the disobedient person who has some life in his heart, because the dead heart feels nothing.
4- Having obstacles in his way. Whenever he intends to do something, he found it difficult or impossible.
5- Having real darkness in his heart. He would feel such darkness as he feels the darkness of the night. Verily, the obedience is light while disobedience is darkness.
6- Being prevented from the obedience. If there is no punishment for the sin, it should be sufficient for the sinner, as punishment, that he is prevented from obeying Allah. In fact, the disobedient person gets prevented from many acts of obedience, the reward of each one of them is better than the worldly life and whatever in it.
7- The sin is a reason for the disgrace of the servant in the sight of his Lord. Al-Hassan Al-Basri said: “They became disgraceful in His sight, so they disobeyed Him. Actually; if they were honorable in His sight, He would have prevented them from committing the sins. Verily; when the servant becomes disgraceful in the sight of his Lord, he would never be honorable in the sight of anyone.” Allah Almighty says: {And whomsoever Allâh disgraces, none can honour him} [Surat Al-Hajj 22:18]
{وَمَنْ يُهِنِ اللَّهُ فَمَا لَهُ مِنْ مُكْرِمٍ} الحجّ: 18
Transliteration: Wa Man Yuhini Al-Lahu Famā Lahu Min Mukrimin 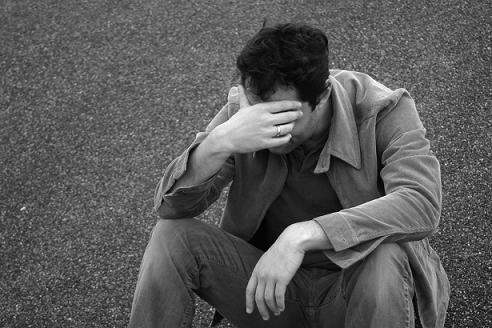 Do you disobey Allah and then seek His mercy?
There was a master who has a slave working in his farm. One day, the master ordered the slave to plant wheat in part of the farm, and then he went and left the slave. This slave was a sane wise man; therefore, he planted it barley instead of the wheat. When the owner came to the land just before the time of harvest and found that his slave planted barley instead of wheat, he said:
“I ordered you to plant wheat; so, why did you plant barely?”
“I hoped that the barely may produce wheat?” the slave replied.
“O fool, do you hope barely to produce wheat?” the master astonished.
“O master, would not you disobey Allah and then hope having His mercy? Would not you disobey Allah and then hope getting in His Paradise?” the slave explained.
Whereupon, the master got terrified and frightened and remembered that he will surly meet Allah; so, he said: “I repented to Allah and returned to Him. You (i.e. the slave) are free for the sake of Allah.”
Actually, you reap what you cultivate, and Allah never wrongs anybody.
Remember the hotness of Hell-Fire:
Abu ‘Uthman At-Taimi said: “A man from the children of Israel passed by a nun who was one of the most beautiful women. The man was infatuated by her; so, he got up to her worship place and tried to entice her. However; she repulsed him and said: “Do not be deceived by what you see; in fact, there is nothing behind it!” But the man insisted till he overcame her and tried to rape her! Besides the nun, there was burning brazier; so, she put her hand in it, till it was burnt. After the man was finished with her, he asked her: “Why did you do that?”
“When you overcame me, I feared that I may share you the prohibited pleasure, and then be partner to you in the sin and punishment; therefore, I did what you saw,” the nun explained.
Whereupon the man said: “I swear by Allah that I will never disobey Him!” and then he repented. Allah is Glorified!
O brothers, before the sin, you should remember the severity of Hell-Fire and ask yourselves whether your bodies could tolerate Hell-Fire! If yes, you can commit the sins. Actually, none could tolerate the fire of the world; hence, what about the fire of Hereafter, which surpasses the fire of the world with seventy-fold. Verily, you should fear Allah.
Watching Allah:
Whenever your self intends to commit a sin, you should remind it with Allah. However; if it did not hold back, you should remind it with the men. And if it is not deterred, you should remind it with the scandal when people know. However; if it did not return back, then you should know that you have become an animal.
The state of those who fear Allah:
Tâwûs used to spread his mattress and lie on it, moving restlessly like a grain in a frying pan, and then gets up to fold the mattress and pray till morning; saying: “Remembering Hell-Fire prevented me from sleep.”