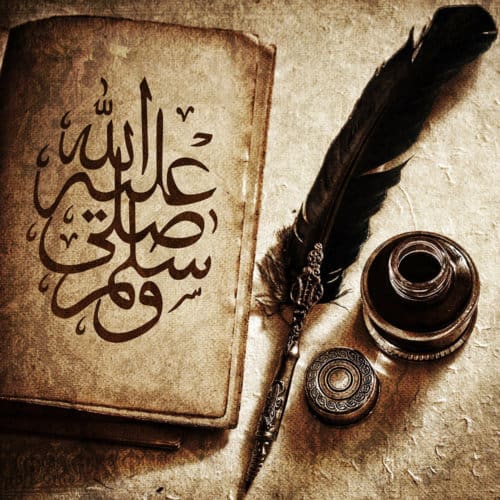 How great are the fruits of sincerity, and how are the Muslims, the righteous, the worshipers who seek Allah and the Hereafter and know the worthlessness of the life of this world in dire need of purifying their actions to be solely for Allah so that they can see these fruits and blessings for themselves, and so that they can see things that nobody would believe could happen within the normal limits of the human perspective!

From these is that the scholars who wrote and sought knowledge sincerely for Allah were granted blessing in their time, lives, and knowledge by Allah, and many people benefited from them.

Take Sahih al-Bukhari as an example. How many books have been written and authored? However, the author of this book was sincere towards Allah, and he would not write in it a single hadith except after making ablution and praying two units and making istikharah to Allah, and there was the worship and zuhd that was known in the life of Imam al-Bukhari. When this was the case, Allah blessed him in his time, and He blessed him in his deeds, and He gave this book the position and degree that it has. It is the most authentic book after the Book of Allah, and the Muslims of every era until the Day of Resurrection have accepted it wholeheartedly. This is indeed a great miracle, as how many books have been written that do not have what this book has? 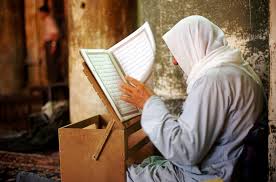 Such is the case with the life of Imam Ahmad, may Allah be Pleased with him and he with Him. Look at the acceptance in the hearts of the people that Allah granted him – it is incredible! When Ahmad would simply point at someone with his finger and said Yes or if he were to mention someone and just say Yes,- he praised him by simply saying Yes or He is a good man, etc. – Allah would raise the status of that particular man in the eyes of all the Muslims. So, this man would become exalted, and this word of praise would spread from Baghdad to Khurasan to Egypt to Andalusia to everywhere else, and it would be recorded in the books that Ahmad said about such and such a man that he is good or that he praised him. So, this would be a tazkiyah for him and a means for the acceptance of his narrations and knowledge, and a confirmation of the soundness of his beliefs.

And the Khalifah al-Mutawakkil – from his intense keenness to be seen in a good light in front of his people as is the case with the rulers of every era – requested of Imam Ahmad to visit him because the people knew that Imam Ahmad only ate what was halal. So, he wanted him to come and eat from his food so that the people would take note of this and al-Mutawakkil would be praised by the people just because Imam Ahmad ate from his food, even if Ahmad himself did not praise him with a single word!

So, Imam Ahmad refused, and when al-Mutawakkil begged him – and he is al-Mutawakkil, the one through whom Allah revived the Sunnah and destroyed innovation, and Ahl as-Sunnah wal-Jamaah are indebted to him, and he is a leader of the Muslims – he saw that he had no other option but to obey him. So, he went to him while he was fasting. His sons Abdullah and Salih said: We were worried about our father that he would die, as he was continually fasting through the days and nights, and he would only drink water, as water was not something that could be considered a favor from anyone. All the while, al-Mutawakkil assumed that he was eating from his food because they were not sitting and eating at the same table.

Why did they have this prestige? It was only because of their sincerity towards Allah.

In terms of the blessing in their time, look to the writings of Shaykh al-Islam Ibn Taymiyyah, the writings of adh-Dhahabi, the writings of Ibn Kathir, and the writings of an-Nawawi. You will see the most amazing things when you see these books despite the expulsion, prison, beating, inquisition, having their books burned, and prevention from any writing instruments that they suffered – especially Ibn Taymiyyah – and that despite this, the preoccupation with worship and Jihad that they displayed. Ibn Taymiyyah performed Jihad against the Batinis and the Tatars. Jihad and knowledge, collecting and researching knowledge from the books, worship, and he is still able to write all these books. How was this possible?!

Today, as you can see – we ask Allah to bless our time and our lives, and to grant us sincerity that will make us deserving of this – a student will spend five years preparing his doctorate, and he will then produce a book that will be nothing more than quotations. If he worked a little harder, he would finish it in a few months, and if he was one of the Salaf, he would have compiled it in a matter of days or weeks, as it is nothing more than quotations. What was all of this time spent doing?

This all has to do with how much sincerity we have. How?

Some even said that if you were to take the lifespan of one of them and divide it between the books that he wrote, you would find that he would write twenty pages a day. Is it possible for anyone to write this much? When would he have the time to check it over? When would he publish it? 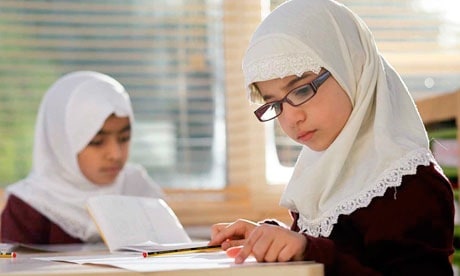 If we ask a brother to prepare an article just one page long, he would spend the entire night writing it, and would then spend the entire next day reviewing and revising it. In fact, entire weeks might go by without him producing anything. SubhanAllah!! How did these people write so much? If they were able to write twenty pages that were reviewed, revised, fully and accurately referenced, and filled with precisely derived rulings, this could not have been possible except due to the blessing that Allah had placed in their knowledge, and this was all due to their sincerity to Allah.

This is why they had high determination and aspirations.

When at-Tabari told his students: I will provide you with the Tafsir in 300 volumes,‌ they said: This is too long‌ – three hundred volumes was too long, and they couldn’t handle it – he replied: Allahu Akbar! The aspirations have weakened! So, he wrote it in thirty volumes instead of the 300. These thirty volumes were in accordance with the strength of their aspiration, as the vastness of Tafsir at-Tabari – with all of its narrations, chains, linguistic commentaries and explanations – was written by at-Tabari for those with weak determination. Today, we say that at-Tabari should have summarized it, and it actually has been summarized, because the aspirations and determination that exists today is only a tenth of what existed during the days of at-Tabari’s students.

This is how it was. So, how does ones determination become weak?

When the Companions reached this state, they gave no consideration whatsoever to the powers on Earth, no matter who or what they were. Rather, they would send armies to the East and West, land and sea, and they would not care in the least, and they would not look to the enemy as having any worth. Yes, they would make the necessary preparations, study the enemy in as much detail as possible, and engage in strategic research and military intelligence. However, they knew that they were fighting for Allah. So, no power was able to stand before them. They were victorious because of their faith, righteousness, sincerity, and truthfulness with Allah.

There is just one more issue to address that I will close with, and it is that having sincerity results in you being considered from the sincere, and this is because what goes around comes around. So, if you are sincere and truthful with Allah, Allah will make you from the sincere, and the sincere ones are the best of Allahs Creation. They are the ones who know Allah, and this is the most important of their many characteristics. This is mentioned in as-Saffat after Allah mentions the condition of the polytheists and their likes who ascribed a son to Allah and kinship between He and the jinn. So, at the end of these verses, He Said: {Allah is Glorified above what they ascribe to Him‌} [as-Saffat; 159] { except the sincere slaves of Allah } [as-Saffat; 40].

So, He is free of everything that He is described with with except what those who know Him and give Him His proper due describe Him with, and they describe Him with the attributes of perfection and praise.