Scholars interpret tawbah (repentance) to mean all of the following: (i) immediate renunciation of the sin, (ii) firm intention and determination to not return to the sin ever again, (iii) regret over having committed a sin,

and, if the sin was against the rights of another human being, then one mast also, (iv) compensate for it.

These are known to be the conditions of tawbah, or repentance. However, in the words of Allah and His Messenger, sallallahu alayhe wa sallam, tawbah has a wider meaning, and includes not only the aforementioned conditions, but also generally carrying out all the commandments of Allah with persistence. Tawbah also requires disliking and renouncing those people who refuse to repent, encouraging them to repent and advising them against ignoring the practice of repentance. So repentance is the opposite of committing sins in every way, and, in its general sense, does not consist merely of renouncing the sin and regret over it.

The word tawbah is like the word taqwa, in the sense that the latter is used sometimes in a specific sense where it means, “immediately stopping from disobeying Allah or carrying out an obligation.” However, the actual meaning of taqwa is more general: “taking all that Allah has given us of wealth, children, security and pleasure and all else as a means to protect ourselves from what we dislike or fear in our journey to Allah.” For this journey is full of pitfalls and replete with the enemies of our soul beginning with our own baser selves that incite us towards evil and unrestrained desires and ensnare us in the traps of Satan whose mission it to prevent us from this journey to Allah and make us return to baseness and ruin. The essence of tawbah is to return to Allah and to adhere to what He loves and renounce that which He dislikes. Tawbah is a journey from the disliked to the liked. 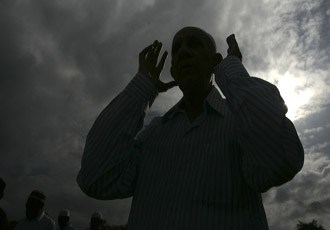 Istighfar, meaning seeking forgiveness, is mentioned in the Qur’an in two ways: either by itself or coupled with tawbah (repentance). The single mention of istighfar (without the mention of tawbah) finds an example in the saying of Nuh alayhes salam in the Noble Qur’an: “Seek forgiveness of your Lord, you all, (for) He is Oft-Forgiving: He sends the heavens over you raining;” [10:11] and in the saying of Saleh to his people: “If only you (were to) ask Allah for forgiveness, you may hope to receive mercy.” [27:46] Allah, subhanahu wa ta’ala, also says: “And seek forgiveness of Allah, for Allah is Forgiving, Merciful.” [2:199] and “But Allah was not going to send them a penalty whilst you [O Prophet] were amongst them; nor was he going to send it whilst they were asking for forgiveness.” [8:33]

The mention of istighfar coupled with tawbah appears in the following verses: “Ask forgiveness of your Lord, then turn to Him; He will provide you with a goodly provision to an appointed term and bestow His grace on every one endowed with grace, and if you turn back, then surely I fear for you the chastisement of a great day.” [11: 3] And: “And, O my people! Ask forgiveness of your Lord (istighfar), then turn to Him (tawbah); He will send on you clouds pouring down abundance of rain and add strength to your strength, and do not turn back guilty.” [11:52] Saleh said to his people: “And to Thamood (We sent) their brother Salih. He said: O my people! serve Allah, you have no god other than He; He brought you into being from the earth, and made you dwell in it, therefore ask forgiveness of Him, then turn to Him; surely my Lord is Near, Answering.” [11: 61]

Istaghfar: not just cover up, but total removal of sins. Therefore, istighfar (seeking forgiveness) singly is similar to tawbah (repentance); rather, it is indeed repentance. Seeking forgiveness, moreover, fully removes the sin, undoes its effects and prevents its evil, and not merely hides the sins as some people have conjectured. For Allah may cover and hide the sins of those who seek forgiveness and even of those who do not; but istighfar is more than just a cover.

The essence of istighfar (seeking forgiveness) is that it earns one the prevention from the evil of the sin. Its literal meaning is related to that of al-mighfar, “what saves and covers the head from discomfort or harm (from sun, sand, rain, etc.)” and covering is necessary to this meaning, but not sufficient: for other coverings of the head like ’emamah or qubba’ are not called mighfar. We conclude that something cannot be called a mighfar unless it provides more than covering: it must also save and protect . It is in this meaning that istighfaar saves one from the punishment: “And Allah was not going to send his punishment whilst they were asking for forgiveness.” [8:33] Of course, if one insists on sinning and demands from Allah forgiveness (without fulfilling its conditions), then this is not a true istighfar, and it does not prevent the punishment. Istighfar (seeking forgiveness) includes tawbah (repenting), and tawbah includes istighfar: each one is implied by the other in its entirety.

This comprehensiveness of the meanings of istighfar includes its meaning of asking for forgiveness as a shield or cover: cover from our human shortcomings and faults that are harmful and destructive. And the greatest and most harmful of all human shortcomings are his ignorance (of one’s faults) and transgression. By virtue of this ignorance and transgression, the enemy drags a human being into what utterly destroys him. The shield against these two errors is to be aware of one’s faults and be keen to bring out in one’s character the God-given virtues of knowledge, justice and righteousness. The more a person ignores his human nobility bestowed upon him by Allah when Allah breathed into him His spirit (rooh), the more he lowers himself to the animalistic ground, and the most his ignorance and transgression are fuelled.

So here we are concerned with two things: one is the sin that has already occurred, and istighfar (in its specific sense) is to seek protection from its evil effects; and the other is the repetition of the same sin in future, which we fear, and tawbah is the determination to not do it again. A complete return to Allah (rujoo`) includes and necessitates both of these: istighfar as well as tawbah. When used in a couple, both aspects of this return to Allah are emphasized individually, whereas, when used alone, either one of these two words implies the other.